In a 'Post-Truth' World, Evidence and Experts Matter More Than Ever 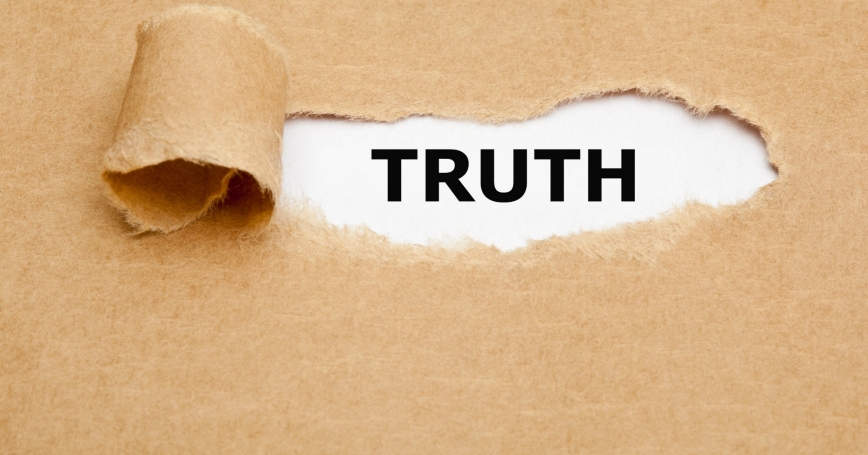 As the Remain and Leave campaigns for the UK's EU referendum gathered steam in the first few days of June, debates intensified, appeals to the electorate became more passionate, and new analyses emerged daily. The rhetoric took a more personal turn, too.

A politics based more on personalities and less on the facts seemed to be dominant. Michael Gove, a member of the UK Parliament, then uttered those now-famous words: “People in this country have had enough of experts.” This observation struck a chord with me, and it was rather off-key. I am a policy researcher who has spent just over a decade gathering and synthesising independent and objective evidence to support policy development. I am, I suppose, one of those experts, but know I have made important contributions to policy analysis and debate. Many of my colleagues felt the same way. We asked ourselves: How do we go forward from here?

In 2016, a so-called “post-truth” world emerged, where objective truths seem to carry less weight than opinions that appeal to personal beliefs. But experts and truth still matter. For me, the most important reason is that they provide evidence. Evidence of all kinds, from multiple sources, allows us to make informed decisions. We use evidence in our own lives every day. It helps us make day-to-day decisions such as what food to buy during the daily shop and weightier decisions such as where to buy a house.

For policymakers and politicians, evidence should be at the heart of everything because it is crucial to the policymaking cycle.

For policymakers and politicians, evidence should be at the heart of everything because it is crucial to the policymaking cycle. It frames what kind of questions need to be asked, what research or analysis needs to be done, what policy options can be considered, and how they should be evaluated. Put simply, we need evidence to know what works and why.

Unfortunately, there are no “single” and simple answers to pressing policy questions. Equally, there are no “single” sources of evidence. Evidence can come in many forms, and it can be interpreted in as many different ways. Sometimes the old maxim applies that “truth” is in the eye of the beholder. My job, and that of my policy-researcher colleagues, is to gather as much evidence as possible, understand what it means in different policy contexts, and provide objective and independent analysis to policymakers.

From my own research into science and innovation policy, one project stands out in highlighting the importance of multiple sources of evidence, and multiple perspectives on what that evidence means for different groups of people. The “Mapping Pathways” project was developed as a response to scientific breakthroughs related to the ways that antiretroviral drugs could be used to prevent and not just treat HIV.

The implications of using expensive antiretroviral drugs to prevent HIV are profound. The project sought to understand what different groups of people thought about it, from the average person on the street to policymakers and scientists. The results were striking: The science might say one incontrovertible thing, but the meaning of the evidence changed when viewed in different contexts. People in India had different interpretations of the evidence than those in South Africa. The social, health-related and policy implications of these new breakthroughs would, and should, be different. As we said in the report, “All science is local.”

The EU referendum and U.S presidential elections showed that many people in society felt their voices were not being heard. Another way of interpreting this is that their local perspective as a source of evidence was overlooked.

As researchers, we need to understand how people in society are interpreting evidence to inform their opinions and we need to use these perspectives as part of any evidence that we are gathering. If people do not have access to evidence, then we need to figure out how to have a two-way discussion about what evidence there is, how individuals interpret it, and how we can use those views as part of the wider evidence base for future policy.

This is a perfect example of how democracy and evidence are intertwined. Evidence and experts of all kinds, not just those from the research community, can and should be used to “open up” policy debates and move policy agendas forward in a way that is more equal and transparent. This can provide a more holistic picture about what will work, what won't work, and why.

In turn, this insight can be used to underpin our understanding of the interactions and bonds between society and the policies and the politics that shape it. This should contribute to better policies, which will drive economic growth and social development post-Brexit.

Looking back on 2016, one lesson stands out: We, as researchers, need to deepen the connection between the array of evidence that is available and society. Generating a strong, multifaceted and objective evidence base for policy decisions is essential. In a “post-truth” world, evidence and experts of all kinds are needed more than ever.

Molly Morgan Jones is an associate research group director at RAND Europe. She specialises in the governance of innovation.