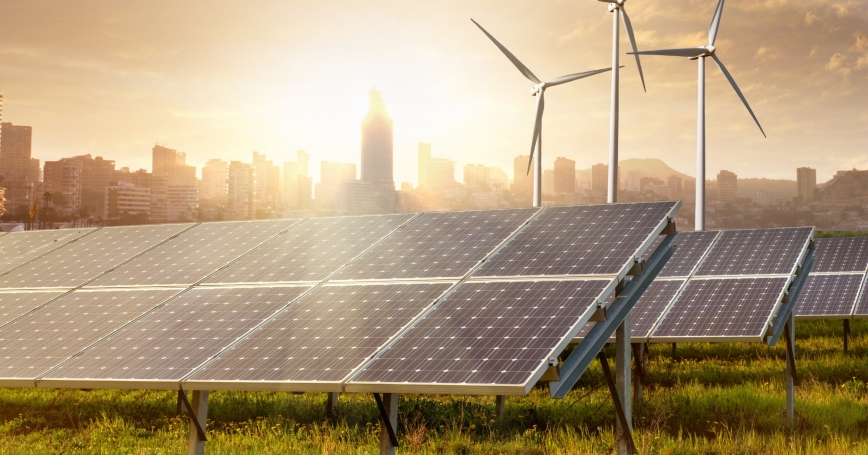 One of the initiatives on President-elect Donald Trump's agenda for his first 100 days in office is a plan that would spur $1 trillion in infrastructure investment over 10 years.

Along with fixing America's dilapidated roads, bridges, transit and airports, the plan envisions spending $52 billion in taxpayer money on electricity infrastructure, with a presumed emphasis on integrating advanced “smart grid” technologies. While many consumers might see this as just another technology rollout that could be best left to the private sector and the free market, leaving the future of the electricity grid to chance should not be an option.

To maximize the potential benefits of a multibillion-dollar smart grid investment, a closer examination of smart grid technology and policy is needed.

A smart grid is an electric grid that connects electricity producers to consumers in new ways, including allowing for electricity and information to flow not just from the producers, but back to them as well. It includes the various pieces of equipment and devices that are used to produce, deliver and monitor the electricity that keeps America's lights on.

Specific cutting-edge technologies that might soon be more prominent in the electricity grid include: “smart” electricity meters and controls that can selectively curtail consumer demand when electricity is used to avoid blackouts; distributed neighborhood-level electricity generation units such as combined heat and power systems that more efficiently use fuels; and household-scale batteries installed in individual customers' homes to back up their rooftop solar panels when the sun isn't shining.

So the term “smart grid” simply refers to an integrated and deliberate deployment of these technologies across the electricity system.

With U.S. smart grid expenditures forecast at more than $3 billion in 2017 (PDF) and the global smart grid market expected to surpass $400 billion worldwide by 2020, Trump's pledge for even further infrastructure investment in the smart grid might seem inevitable. Yet there is much that the government and the private sector should seek to learn about consumer behavior and decisionmaking before committing to such a huge investment.

For example, a common theme reiterated during a recent Smart Grid Interoperability Panel conference in Washington was that private-sector companies don't actually fully understand what consumer preferences are for smart grid technologies, nor is it clear how much consumers are willing to pay for them. The technologies are evolving so rapidly that regulatory agencies such as public utilities commissions, which are tasked with representing consumers' best interests, have been hard-pressed to keep up.

The future smart grid is likely to have ownership that spans government (through publicly owned power and transmission lines), the private sector (independent wind farms or utility-owned generators), and private citizens (household-level battery backup systems or rooftop solar panels). Yet a functioning integrated electricity system is a basic public good, essential to the health, safety and well-being of modern society. So it's in the public interest for government to take an active role to ensure success of the grid, and for consumers to be informed about choices they can make.

At the same time the environmental footprint of today's fossil fuel-based electricity system degrades local air quality, and produces greenhouse gas emissions that contribute to global climate change — meaning that a true smart grid would need to be more efficient and green than its current counterpart, not just secure, reliable and affordable.

What will constitute the best choices for the smart grid? The answer will vary from user to user, but a few basic expectations should be met. Electricity service should accommodate an increasingly diverse set of needs for different consumers. The rollout of new smart grid technology presents an opportunity to make cost-effective energy generation and distribution changes that improve local air quality and that both mitigate — and adapt to — future climate change.

Those developing new systems will need to account for multiple objectives, including affordability, security and reliability. And the United States should also take into account the development of new high-tech domestic industries — and the associated high-tech jobs — in the process of deploying these technologies.

There will almost certainly be tradeoffs to what can realistically be achieved. Understanding how an optimal smart grid should operate starts by understanding the preferences and constraints of the various stakeholders — from multi-state utility companies to individual homeowners and industrial consumers — and understanding how technology can or cannot meet these objectives.

Without a thorough examination of all these factors, complemented by input from the public about what's important, infrastructure investments may not be made wisely and an important, once-in-a-generation opportunity could be missed.

This commentary originally appeared on Inside Sources on December 7, 2016. Commentary gives RAND researchers a platform to convey insights based on their professional expertise and often on their peer-reviewed research and analysis.