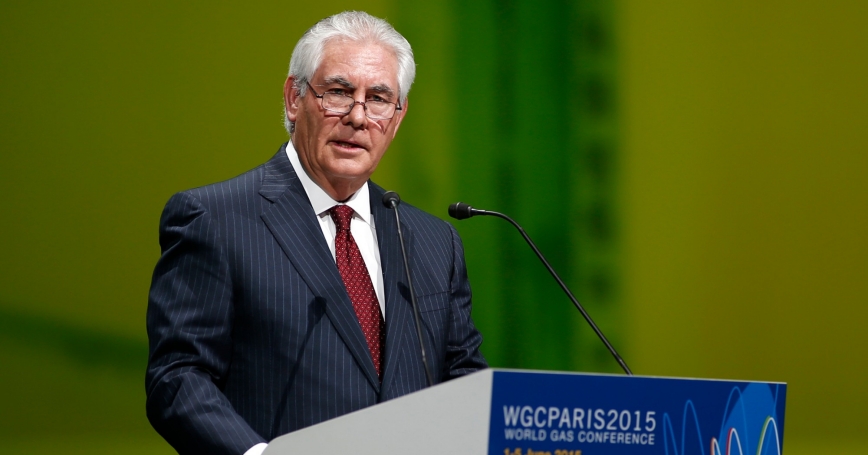 Rex Tillerson, assuming he is confirmed as secretary of state, will immediately face an unusually broad array of challenges. Some of these derive from the unusually disordered state of the world, others from the unusually wide uncertainty about the new American president's intentions.

Among the challenges which would face any American secretary of state at this juncture of history are the half-dozen large and small wars in which the United States is currently engaged, the competition with other major powers, notably China and Russia, the threats from hostile regional powers like North Korea and Iran and global problems like climate change.

Tillerson will also have to grapple with issues that arise from promises made during Donald Trump's presidential campaign, which include how to get the Mexicans to pay for a wall along their northern border; how to further limit travel to the United States from states experiencing high levels of terrorism; how to abrogate or alter NAFTA; the Paris agreement on climate change and the nuclear deal with Iran; how to revise trade arrangements with China; and how to get our European and Asian allies to pick up more of the tab for their defense.

The Islamic State group will not disappear. It will go underground and eventually reemerge unless these conflict regions return to effective government control. Efforts at stabilization and reconstruction will need to complement and eventually overshadow counter-terrorism operations if the Trump administration wants an enduring result to its counter-Islamic State group campaign. These are endeavors where Tillerson and his department will need to lead, despite Trump's stated opposition to anything that smacks of nation building.

Trump seems inclined to accommodate Russia while confronting Iran. In Syria, where the two are effectively allied, this does not seem feasible. Neither does Russia seem likely to join in abrogating the five power nuclear accord with Iran, or in re-imposing international sanctions. Neither will it be possible to both push back Iran and reduce American exposure in this volatile region. Choices will need to be made.

Tillerson seems the personification of the Davos man: powerful, worldly and well connected. These qualities suit him well for a new career in diplomacy. He will find in the Department of State a willing but unwieldy instrument, one which Congress and successive administrations have burdened with too many autonomous units with overlapping jurisdictions that spend more time negotiating with each other than interacting with the rest of the world.

Although State is not the lead agency for trade issues, it is consulted. It seems reasonable to assume that Tillerson, who has seen the business that he currently heads profit greatly within a liberal, open world order, will resist too dramatic a turn toward the neo-nationalization of global trade. The Departments of State and Homeland Security share responsibility for deciding who is allowed to enter the United States. State is also the lead negotiator on international climate change related arrangements. Tillerson's private sector experience should lend weight to his views on all these issues, and position him to sustain State's leadership, assuming he wishes to do so. His background should also make him a good match with Trump's choice for secretary of defense, James Mattis, someone with a comparable range of international experience, albeit in a very different realm.

In the course of the recent campaign Trump promised to revise America's relations with its neighbors, Mexico and Canada, its allies in Europe and Asia, its adversaries in Moscow and Beijing and its involvement in the turbulent Middle East. Tillerson's greatest challenge will be to turn these inclinations into operative policy in pursuit of attainable objectives. Like Trump, Tillerson is a skilled negotiator. The challenge for Tillerson may well be to lend a degree of consistency to the administration, while closing at least some of the deals that Trump has promised to deliver.

This commentary originally appeared on U.S. News & World Report on December 20, 2016. Commentary gives RAND researchers a platform to convey insights based on their professional expertise and often on their peer-reviewed research and analysis.