The Pendulum Swings Back: Support for Postsecondary Education in Prison 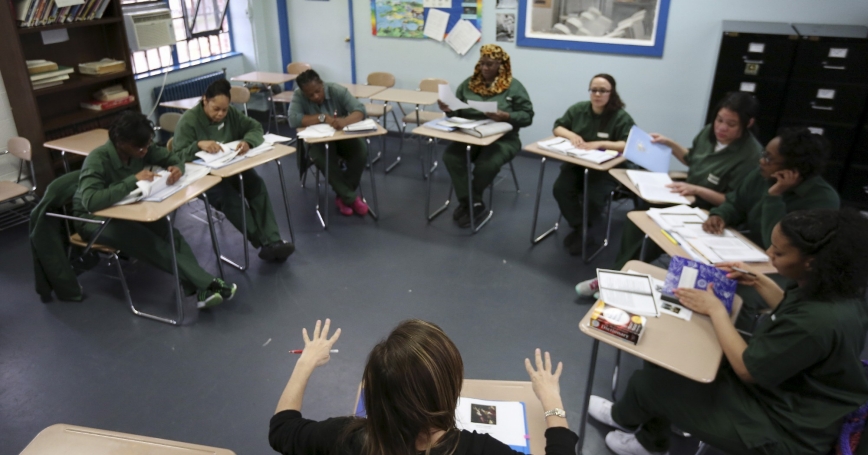 Inmates study during their class at the Taconic Correctional Facility in Bedford Hills, New York, April 8, 2016

When the “get-tough-on-crime” bill was signed into law in 1994, it also got tough on funding postsecondary education for incarcerated individuals by eliminating their access to Pell Grants, a program that provides aid to low-income students. The grants were a main source of funding for postsecondary education for those behind bars, and their enrollment in college courses plummeted. By 2004, the percentage of individuals in state prisons who participated in college courses nationally had dropped to 7 percent, down from 14 percent in 1991.

But the pendulum began to swing in the other direction after 10 members of Congress introduced the Restoring Education and Learning Act in June to reinstate Pell Grant eligibility to inmates, and the Department of Education launched the Second Chance Pell Grant pilot program for incarcerated individuals in July. A number of states (including New York, New Jersey, and California) also have undertaken initiatives to expand college programming in prison.

This shift to providing higher-education opportunities to incarcerated individuals was accompanied by controversy about whether such funding should be provided to them. It also raised a more fundamental question: Does providing postsecondary education in prisons work? Recent RAND research shows that it does.

Every dollar invested in prison education reduced incarceration costs by $4 to $5.

While the evidence shows that postsecondary education programs in prison are a “win-win” for the students and the correctional systems that support improving access to them, the pursuit of education must be able to continue once an individual is released. Earning an associate degree or a bachelor's degree while incarcerated takes time. There is growing recognition among educators and correctional leadership that it may be more realistic to acknowledge that many individuals will make progress on their degrees while incarcerated but may need to continue their college coursework upon release from prison.

Pursuing postsecondary education is a challenge for anyone, but for those returning to local communities from prison, the challenge can be greater. In addition to adjusting to continuing their college program out in the community, returning citizens also are coping with the additional pressures of securing housing and employment. Some may be dealing with depression or anxiety, or substance-use issues that require treatment. Reuniting with family can be stressful if the family members hope that the individual will begin contributing to the family's support or if the family is upset with the individual who was incarcerated.

All this suggests that being able to link to reentry services in the community is a critical component to completing a college degree once an individual is released from prison. Community college or university administrators don't necessarily have to play the role of reentry counselor, but they need to understand the process of reentry and how to help individuals link to reentry resources in their communities. By ensuring these students have the necessary support, they can help set them up for success. Support for postsecondary education in prison shouldn't end once an individual returns to the outside world.

Lois Davis is a senior policy researcher at the nonprofit, nonpartisan RAND Corporation and a professor at the Pardee RAND Graduate School.