The Risks of an Accelerating Rivalry Between China and Japan 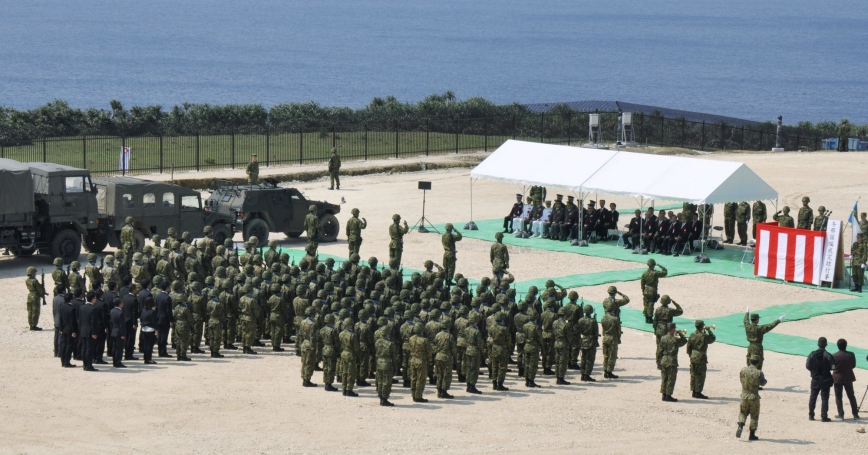 Japan's Self Defence Force holds an opening ceremony of a new military base on the island of Yonaguni in the Okinawa prefecture, March 28, 2016

After meeting briefly on the sidelines of the APEC summit in Lima, Peru, last month, Chinese President Xi Jinping and Japanese Prime Minister Shinzo Abe acknowledged the need for improved ties. Despite the diplomatic gesture, though, relations remain strained. Next year marks the 45th anniversary of the normalization of diplomatic relations between Japan and the People's Republic of China, but celebrants of that auspicious occasion may unfortunately find little reason to cheer.

The most immediate source of tension stems from a deepening confrontation in recent months over the Senkaku Islands in the East China Sea, which China claims as the Diaoyu. In October, China denounced Japanese fighter aircraft for carrying out “dangerous tactics” in responding to Chinese surveillance aircraft operating near the disputed islands. A month earlier, Japan protested the presence of about 300 vessels and the incursion of two Chinese coast guard ships in the islands' territorial waters.

The problems lie deeper, however. Although Sino-Japanese relations have a long history of antagonism, their competition for influence in Asia has in recent years expanded in the economic, diplomatic and security domains. Economically, China and Japan compete regularly for large investment projects and trade deals. Japan earlier this year won a $2 billion deal to build a rail line in the Philippines, for example, while China signed a $5.5 billion deal to build a railway in Indonesia. In 2014, China set up the Asia Infrastructure Investment Bank, or AIIB, a rival to the U.S.- and Japanese-led Asian Development Bank, in order to address Asia's $8 trillion gap in infrastructure needs. Both countries have offered competing regional trade agreements as well.

Diplomatically, China and Japan have bolstered partnerships aimed in part at one another. Beijing has actively nurtured South Korean resentment against Japan, while Tokyo has extended its diplomatic outreach to Southeast Asian countries anxious about growing Chinese power. Japan's relationship with India has warmed considerably, too. In November, the two countries signed an agreement for nuclear energy cooperation, a high-speed rail deal and a joint statement on China's assertive claims in the South China Sea....

This commentary originally appeared on World Politics Review on December 12, 2016. Commentary gives RAND researchers a platform to convey insights based on their professional expertise and often on their peer-reviewed research and analysis.