Hezbollah Is Winning the War in Syria 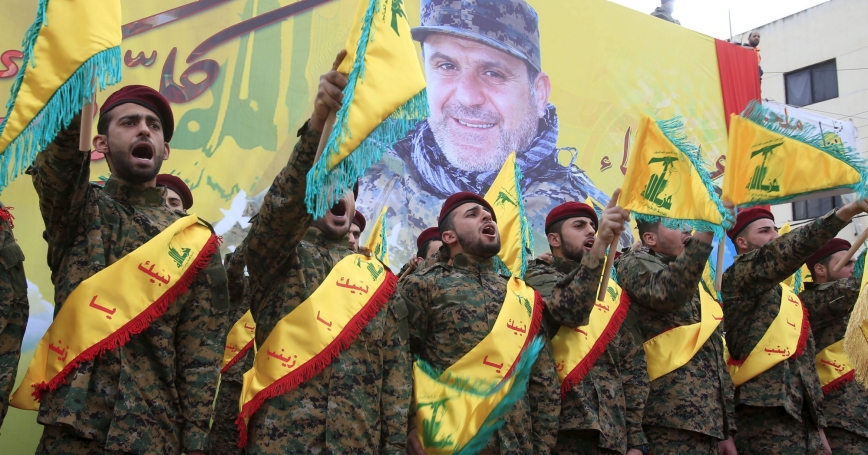 Hezbollah members salute during the funeral of Ali Fayyad, a senior commander who was killed fighting in Syria, Lebanon, March 2, 2016

As the Syrian Civil War approaches its sixth year, the country has been destroyed beyond repair. Even if the international community can cobble together a negotiated settlement that brings an end to the violence, overwhelming damage has been done. Since the war began in 2011, an estimated four hundred thousand Syrians have been killed, almost five million have fled the country and more than six million have been internally displaced. Most of Syria's major cities—including its former commercial hub Aleppo—have been reduced to rubble.

Many have lost so much in the ongoing conflict, yet some have benefited. None have gained more than the Shiite terrorist group Hezbollah.

Hezbollah is a Lebanese militia group loyal to the legacy of the Iranian Revolution. It boasts a sophisticated fighting force and even controls key seats in Lebanon's parliament. It is a prominent example of a hybrid threat, which is an insurgent or terrorist group that is able to fight—often against superior adversaries—relying on a mix of conventional and unconventional military capabilities. Hezbollah also maintains a vast social-services network throughout Lebanon that would be the envy of some small nation-states.

Led by Hassan Nasrallah, Hezbollah has long maintained ties to Iran and Syria, which effectively occupied parts of Lebanon between 1976 and 2005. For years, Syria was both a conduit through which Iran transferred weapons to Hezbollah and a place where some of its most influential leaders resided.

Hezbollah has experienced mission creep in Syria, especially as circumstances have worsened for the Assad regime in the nascent stages of the conflict. From an advise-and-assist type of role, Hezbollah fighters progressed to direct training of Syrian militias and full-fledged combat—including a ground offensive in April 2013 (PDF) in Qusayr in the Homs province. In late December, Hezbollah helped the Assad regime retake Aleppo....

This commentary originally appeared on The National Interest on January 29, 2017. Commentary gives RAND researchers a platform to convey insights based on their professional expertise and often on their peer-reviewed research and analysis.