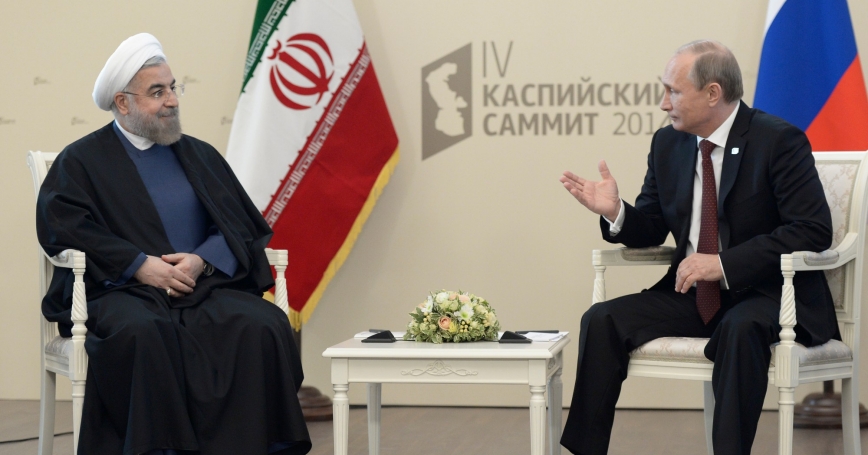 Russia and Iran have forged an unprecedented, but fragile alliance in the Middle East. Russian-Iranian cooperation has been pivotal to ensuring the survival of the regime of President Bashar al-Assad in Syria and recapturing the rebel-held eastern section of Aleppo. Russian bombers have used Iranian air bases to bomb insurgent targets in Syria and it appears increasingly likely that Moscow and Tehran will conclude a major arms deal providing advanced weaponry for Iran's aging conventional military. But a key question remains: is the Russian-Iranian partnership a marriage of convenience based on temporarily convergent interests or does it point to a new development with a possibly profound impact on American interests in the region?

For the moment, at least, there is no clear answer on whether or not this cooperation between Moscow and Tehran will endure. The Russian alliance with Iran is based on a mutual antipathy toward U.S. influence in the Middle East, but American President-elect Donald J. Trump has indicated a desire for stronger ties between Washington and Moscow. Iran, considerably weaker than Russia, could see its partnership with Moscow weaken or even unravel if the United States and Russia manage to become closer with Trump as president.

Iran has done much to support the Assad regime in its fight against rebels backed by Iran's chief rivals in the region, including Saudi Arabia and Turkey. Tehran is reported to have provided billions of dollars to Assad, sent thousands of Iranian troops to fight on his behalf, and trained thousands more from across the Muslim world to die in the name of the Shi'a sect. Yet Iran's strategy would not have come to fruition without Russia's military intervention in the conflict. Russian air power has been crucial in enabling Syrian and Iranian-backed forces to reconquer Eastern Aleppo. Russian diplomacy may also prove key to achieving a political solution to the conflict in the Syrian regime's favor. While Iran has played an important military role in Syria, it has been a junior partner to Moscow.

Indeed, Russia's use of the Hamedan air base in Iran turned out to be too controversial for the Iranian regime. Iran's constitution prohibits the use of Iranian soil by foreign powers; the Iranian government had to quickly retract its permission for Russia to use Iranian bases in the face of public and parliamentary opposition. But Russian warplanes may return to Iran after all, since Iran lacks the capabilities to project air power beyond its borders and is dependent on a greater military power such as Russia to achieve its objectives in Syria.

In addition, Russia is the only power willing to sell advanced military equipment to Iran. Years of sanctions brought about by Iran's pursuit of a nuclear weapons capability have taken a toll on Tehran's military modernization efforts. Iran's jet fighters are decades old as are most of its tanks and artillery. Moscow and Tehran are negotiating an arms deal reported to be worth about $10 billion, but the Joint Comprehensive Plan of Action (JCPOA) nuclear agreement prohibits the sale of major weapons to Iran until 2020 without the approval of the UN Security Council. So Iran may have to wait for years for the Russian weapons, making it even more dependent on the Russian military in the region.…

This commentary originally appeared on The National Interest on January 12, 2017. Commentary gives RAND researchers a platform to convey insights based on their professional expertise and often on their peer-reviewed research and analysis.