On Vaccines, Trump Should Rely on Science 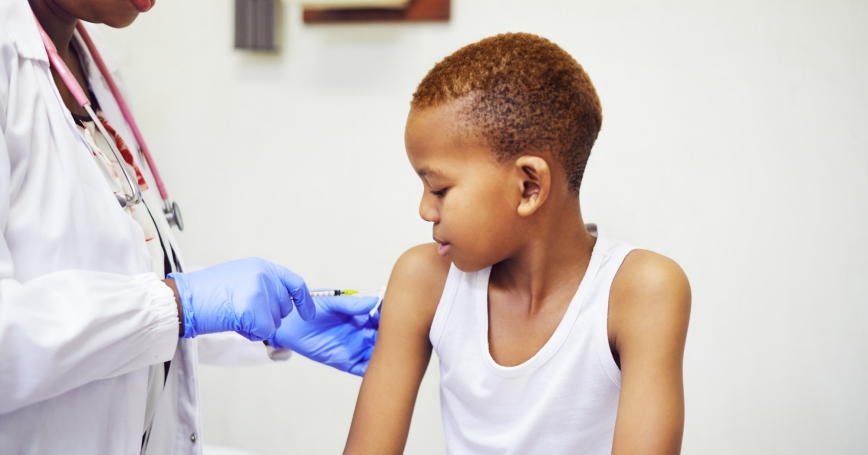 by Courtney A. Gidengil and Laura J. Faherty

On January 10th, then-President-elect Donald Trump met with Robert F. Kennedy Jr., a vocal skeptic of vaccine safety. Although the details and implications of the session are still unclear, the meeting and several of Trump's tweets have raised questions among public health experts who wonder what, if anything, Trump might do on the issue as president. A chorus of celebrities and politicians continue to question vaccine safety and propagate a myth linking vaccines and autism, fueled by a fraudulent 1998 article by Dr. Andrew Wakefield that was later retracted.

In 2014, RAND undertook a rigorous and independent systematic review of vaccine safety for all populations, including pregnant women and children. From our review we found that while some vaccines are associated with serious side effects, these events are rare and are far outweighed by the benefits of vaccination. For example, we found evidence that the combined measles, mumps, and rubella (MMR) vaccine is associated with febrile seizures, which are seizures or convulsions that occur when a child has a high fever. But while these seizures are certainly unpleasant and can be frightening for parents to witness, there is no evidence that they cause any long-term harm to children.

We also looked specifically for other associations between vaccines and severe adverse events or outcomes, such as leukemia and multiple sclerosis for which concerns have been raised in the past, but found no such associations. And in particular, there was high-quality evidence for no association between the MMR vaccine and autism. Our findings are consistent with a massive body of scientific evidence that refutes any such associations. Countless organizations have repeatedly cited this evidence in asserting that vaccines are safe and highly effective.

The public health implications of continuing to question vaccine safety are serious.

The public health implications of continuing to question vaccine safety are serious. In the months and years following the publication of Wakefield's article, vaccination rates dipped below levels required to maintain herd immunity, and measles outbreaks appeared across the United Kingdom. By 2008, the United Kingdom's Health Protection Agency warned that due to a drop in vaccination coverage levels to 80–85 percent of children 2 years of age, measles — which had been eliminated 14 years earlier — was once again circulating in the population. Here in the United States, the public health implications of the continued mistrust of vaccines has also been demonstrated, and the recent Disneyland measles outbreak showed the consequences of vaccine refusal, with about two-thirds of the patients “intentionally unvaccinated because of personal beliefs.”

The impact on vulnerable children who cannot be vaccinated is another cause for great concern. As physicians, we have taken care of newborns who have died of pertussis (otherwise known as whooping cough) because they were too young to be vaccinated, and counseled families of children receiving chemotherapy (who must postpone certain vaccines) on what to do if their child is inadvertently exposed to a potentially deadly vaccine-preventable disease.

As health policy researchers, we cannot emphasize enough the need for continued attention to research questions of critical importance. For example, we must continuously evaluate the safety of new vaccines with excellent surveillance and rigorous, objective research. Separately, we must also continue to study the multifactorial causes of autism, the spectrum of clinical manifestations, the most effective therapies for affected children, the optimal service delivery models and policies to ensure equitable access to high-quality health and behavioral services, and many other critical questions.

For example, work by RAND researchers and colleagues found that Medicaid Home and Community-based Services waivers significantly decreased the unmet needs for health care among children with autism spectrum disorders, and that legislation increasing private insurance coverage of services for autism spectrum disorders may have decreased the number of families seeking Medicaid-funded services. However, the question of whether a connection exists between vaccines and autism has been asked and definitively answered. Continuing to invest resources to repeatedly disprove this relationship would mean funding is not being directed where it is actually needed — to the development of new vaccines, research on the actual causes of autism, or services to help children with autism.

After their recent meeting, Kennedy said of Trump, “His opinion doesn't matter, but the science does matter, and we ought to be reading the science, and we ought to be debating the science.” On this point, we agree completely with Kennedy. Opinion is not what should drive vaccination policy, but science — ethical, objective, high-quality, responsible science. The results are clear: vaccines are safe and effective. America should be protecting its children by vaccinating them against every vaccine-preventable disease at every opportunity.

This commentary originally appeared on The Health Care Blog on January 25, 2017. Commentary gives RAND researchers a platform to convey insights based on their professional expertise and often on their peer-reviewed research and analysis.