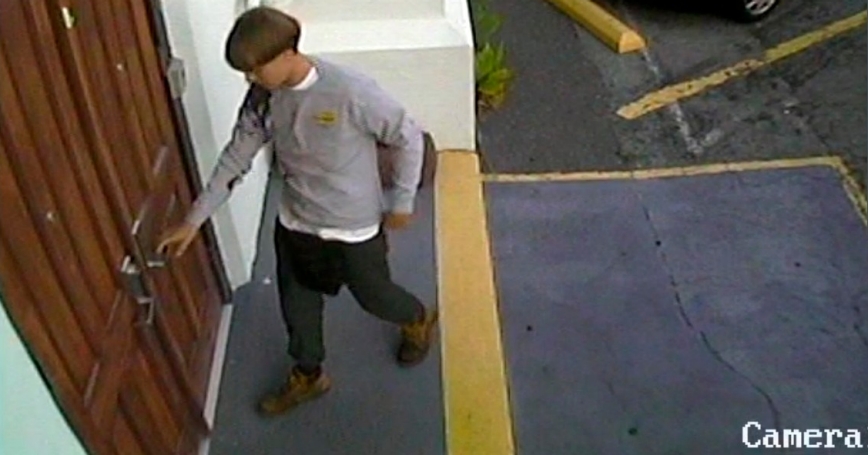 A still from footage of Dylann Roof, who was convicted of killing nine people at a historically black church in South Carolina

The recent conclusion of Dylann Roof's trial is the latest reminder that homegrown terrorism has become part of the fabric of life in America. This problem shows no signs of fading, yet reveals a threat that is both rarer and more complex than simple explanations suggest. Solving it requires understanding the true nature of the problem—violent extremism—so that effective steps can be taken to protect the nation from it.

Explaining the problem is in some ways straightforward. Individuals inspired by an ideological narrative kill innocent victims for seemingly inexplicable reasons. The challenge is to understand why attackers choose a path of violence so other individuals can be dissuaded from repeating this choice.

Much attention has been focused on Islamic extremism and Islamic State group recruiting online as an inspiration for violent radicalization. Yet it is legitimate to ask whether homegrown terrorists are being radicalized by jihadi narratives, or attracted to these narratives after radicalizing and merely using jihadism as the cloak they place over their grievances.

In fact, neither answer is complete. Equating violent extremism exclusively with Islamist terrorism misses opportunities to solve the problem.

Dylann Roof's attack in a South Carolina church, violence perpetrated against law enforcement officers and white supremacist actions also demonstrate violence connected to disconcerting radical ideologies perpetrated against specific groups. The true reasons attackers adopt a path of violent extremism are complex, variable and are often left to mystery when the attackers are killed in action.

So what are the facts and how can the narrative be changed?

Since 2001, almost 40 percent of the nearly 150 terrorism fatalities in the United States were related to domestic motivations, not jihadi narratives.

Since 2001, almost 40 percent of the nearly 150 terrorism fatalities in the United States were related to domestic motivations, not jihadi narratives. Focusing attention on one specific form of ideology misses a large share of the threat terrorism poses to Americans and isolates the vast majority of American Muslims who reject violent radical ideology. But addressing the 40 percent will require America to confront issues not only about religion and faith, but also about patriotism and race.

For attacks related to jihadi narratives, counting the cases reveals that radicalization is not widespread in America's Muslim communities. In the 15 years since 2001, nearly 400 individuals have been charged with domestic terrorism involving the United States. For the roughly 3 million Muslims living in the United States, this represents an annual incidence rate of 0.16 per 100,000 people. Of note, these rates are an order-of-magnitude lower than homicide and two orders of magnitude lower than suicide in U.S. communities. Given these low rates of violent-extremism within communities, it may be better conceived of as an individual-level disorder.

Even as an individual-level disorder, violent extremism is not well understood. It would be convenient if domestic terrorism cases were explained by a simple story of individuals being recruited, radicalized and directed to action. However, the reasons for extremism are highly individualistic and may include some combination of beliefs, individual isolation, under achievement, disappointment and disillusionment.

In Roof's case, it appears that the first time this attacker's behavior warranted intense investigation or law enforcement action was the day he attacked. Even when alarm bells are set off, as in the case of the Orlando nightclub shooter, results of preliminary investigations may not warrant continued limitations on personal privacy and liberties or justify the resources required to support a larger number of investigations under current laws and policies.

Individual-level problems often necessitate individual-level solutions. Determining how individuals' experiences translate to action must be understood. There is, therefore, a need for deeper understanding of the full breadth of approaches to prevent violent extremism and taking three key steps can enable this path.

First, more clarity is required in labeling and identifying solutions. Countering violent extremism has been used to cover a variety of activities ranging from publishing content that counters extremist narratives, to offering peer support, to attacking terrorist networks and safe havens. However, few of these efforts have been subjected to evaluation to determine their effectiveness, and when evaluations are done they rarely employ rigorous methodologies. A solid first step would be to define the toolkit of programs used to counter violent extremism and begin evaluating programs to learn what works.

Second, counter-extremism experts should seek insights from countering other types of violence. Like suicide, domestic radicalization is relatively rare, stigmatized and a behavior that often seems to be associated with people struggling with other challenges. In these cases, lessons from longstanding research on what works to prevent suicide could provide perspectives for reducing violent extremism. Similarly, experiences countering gang and gun violence could also yield useful lessons.

To be sure, Americans should work together to prevent terrorism of all types, but should not act blindly. Working toward a better understanding of the problem and building prevention strategies would be a good start. Armed with such knowledge, authorities and communities will be better positioned to develop strategies to prevent the next tragic terrorist killing.

Henry H. Willis is a senior policy researcher at the nonprofit, nonpartisan RAND Corporation a professor of Policy Analysis at the Pardee RAND Graduate School.

This commentary originally appeared on U.S. News & World Report on January 11, 2017. Commentary gives RAND researchers a platform to convey insights based on their professional expertise and often on their peer-reviewed research and analysis.