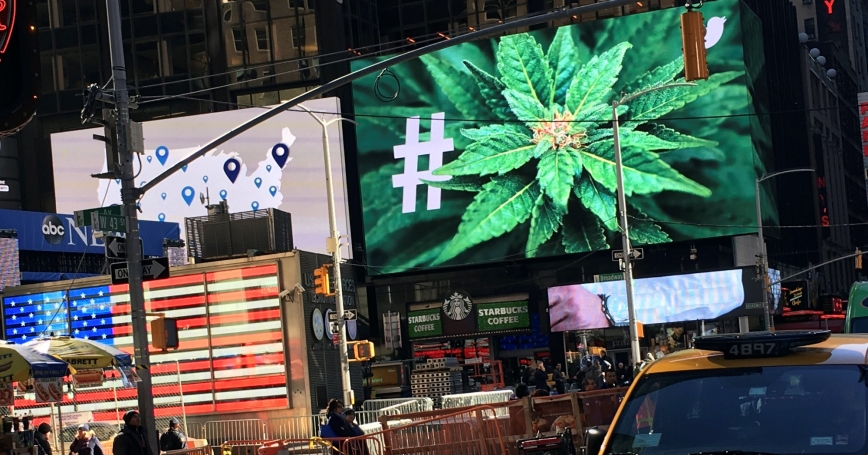 Finally, there appears to be a serious federal discussion about marijuana legalization. But it's nowhere near the Beltway.

Prime Minister Justin Trudeau's marijuana task force recently released a landmark report about legalizing and regulating the drug in Canada. Advocates on all sides will find something to disagree with in the report, but that's the point. Canada's federal government is kicking off a meaningful discussion about this complex and controversial topic.

This is far different from the U.S. federal approach.

The Obama administration has largely taken a hands-off approach, releasing a 2013 Department of Justice memo (PDF) indicating that federal prosecutors and law enforcement agents should not use scarce resources to shut down state-legal operations in places that have “implemented strong and effective regulatory and enforcement systems.” To the Obama administration's credit, the president did recently note marijuana legalization is “a debate that is now ripe” and the director of the National Institute on Drug Abuse called for more research to determine which “policy structures—beyond simply prohibition or free market—are most likely to keep harms to a minimum.”

No one knows what the Trump administration will do about marijuana, and Sen. Jeff Sessions' confirmation hearing for attorney general didn't provide much insight. Will it follow Obama's lead? Trudeau's? Do something entirely different? The new administration will have at least six options.

Shut it down. The administration could crack down on marijuana businesses in states that have legalized for nonmedical purposes. It would be easy for DOJ to send out “cease and desist” letters to these companies and their landlords. However, there could be serious political costs with states arguing these federal actions would put people out of jobs, increase income for criminals and take tax dollars away from good causes.

Shape the markets. The DOJ could use its discretion to shape what the market looks like in the legalization states. Want to stop stores from selling and promoting high-potency products for nonmedical purposes? A letter could probably do the trick here, too. If not, seizing the products in a store or two could have a chilling effect.

Maintain the status quo. Doing nothing—and sticking with Obama's approach—is always an option. This would likely lead more states to follow Colorado and Washington and grant licenses to marijuana companies incentivized to maximize profits instead of protecting public health.

Rescheduling marijuana would make it easier to research the health consequences—benefits and harms—and could have implications for marijuana businesses.

Reclassify marijuana. The new administration could support rescheduling marijuana. Currently, marijuana is a Schedule I drug—the most restrictive category—because the Food and Drug Administration remains unconvinced that the whole plant material has an accepted medical use. Rescheduling would make it easier to research the health consequences—benefits and harms—and could have implications for marijuana businesses.

Address federal-state conflicts. The new administration could maintain federal prohibition while supporting legislation or other solutions to address problems caused by the federal-state conflict. For example, banks that accept money from state-legal marijuana businesses are committing federal offenses. The inability to bank like other entities creates challenges for thousands of companies.

The administration could also support the creation of a policy waiver system that would make it easier and less risky for states to legally experiment with alternatives to the profit-maximization model, such as the state monopoly approach. (That said, the risk of federal interference hasn't stopped tiny North Bonneville in southern Washington state from creating a government-owned and -operated store).

Legalize it. The administration could support legislation to legalize and regulate marijuana at the federal level. This would address the federal-state conflicts and allow the feds to impose a national tax or minimum price. It would also be a blatant violation of the international drug conventions that the United States has signed along with almost every other nation on earth (including Canada).

These six options are not all mutually exclusive and each comes with tradeoffs. Importantly, they are all compatible with a federal approach that encourages and supports discussions about marijuana prohibition and its alternatives. But if the feds don't act, it is possible the United States could end up with a much looser and more commercial marijuana model than if the federal government legalized or created a waiver system.

With one-fifth of the U.S. population living in states that have legalized, the federal-state conflict over marijuana will likely only get more intense. Those in the Beltway who want to address the situation would be wise to familiarize themselves with the pros and cons of these six options—and pay attention to the discussions taking place in Canada.

Beau Kilmer is co-director of the RAND Drug Policy Research Center and co-author of the recently revised book Marijuana Legalization: What Everyone Needs to Know.

This commentary originally appeared on The Hill on January 17, 2017. Commentary gives RAND researchers a platform to convey insights based on their professional expertise and often on their peer-reviewed research and analysis.