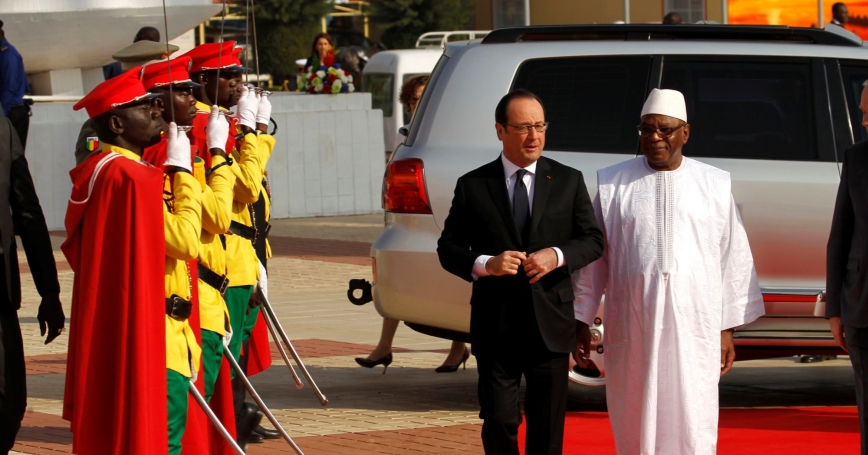 The suicide bombing Wednesday morning in Gao, which killed dozens and injured more, underscores not just the fragility of the Malian state but also the steady growth of instability and radicalism that threatens the entire region. The French invasion in 2013 and ongoing military operations by the French and the United Nations help but clearly are woefully insufficient. What is needed is greater international engagement, as well as serious pressure on the Malian state to strengthen its hold on the country. Mali does not only need more assistance: It needs different kinds of assistance.

Gao is the largest city in northern Mali and a major bridge between north and south because of its location on the Niger River, the roads that connect it to the capital and its airport, which today serves the Malians along with the French and the U.N. as the principal operating base and regional hub. Gao also has a strikingly diverse population, one that brings together nearly all of Mali's sometimes-fractious communities. At its best, Gao is a symbol of a Mali that works. Increasingly, however, it is a symbol of a Mali that does not work. Indeed, the physical evidence of Mali's downward slide is Gao. The airport, for example, is ringed by fortified military bases, where one finds broken aircraft and vehicles, as well as the shattered remains of buildings the French Army built during the colonial period but then bombed in 2013 to chase out Islamists who had occupied them.

The French succeeded in rolling back the Islamist tide, for a while, and together with the U.N. force in Mali (MINUSMA) France has given the Malians a chance to sort themselves out, build and rebuild. The Malians have done some of that, including at the Gao army base, where Malian forces were busy implementing a new program to conduct "mixed" patrols involving fighters from various armed factions, with the purpose of building confidence and improving security. Yesterday's bombing, which targeted the participants in the mixed patrols, is a direct blow to that effort. But the French in Mali and MINUSMA are too few and too weak to do much more than slow Mali's downward spiral. The main problem is that the Malian government has done too little, too slowly and often with too much bad faith to reverse the country's fortunes. The evidence can be seen in a rising tide of attacks and the steady radicalization of various ethnic communities not just in the north, but throughout central Mali and even deep into Mali's south and into neighboring Burkina Faso.

Often those reports come with observations of the absence of the Malian state and the lack of governance. While there was never much to the Malian state, which, like many post-colonial governments, had little time and few resources to grow and expand or even just to maintain the colonial administrations they inherited, Mali had in its favor a strong national identity and a consensus among nearly everyone to make a go of it, together. That consensus appears to be unraveling, as centrifugal forces pulling at the nation overwhelm the weak centripetal forces being applied by the international community and the oddly passive Malian state. Malian officials understand the problems but appear powerless to act effectively to solve them. Mali's strategy in general appears to be to focus on security matters in the hope of someday being able to defeat the country's enemies—a day that appears no closer than it was when Islamists defeated Mali's military in 2012—while appearing to take political development and nation building only as seriously as required to satisfy international donors.

Given the nature of Mali's problems, Mali's partners must provide more assistance all the while understanding that it will never be sufficient. The key will be broadening the kind of assistance to go well beyond security force assistance and conventional economic development aid, which together make up the lion's share of foreign help. Mali needs help governing.

In any case, the United States cannot afford to be indifferent. Nothing that is happening in Mali is limited to within the country's borders, and its weakness drags down the entire region. The French invaded in 2013 in part because they saw northern Mali becoming the next Afghanistan. They were wrong: The problem was never just northern Mali.

This commentary originally appeared on U.S. News & World Report on January 19, 2017. Commentary gives RAND researchers a platform to convey insights based on their professional expertise and often on their peer-reviewed research and analysis.