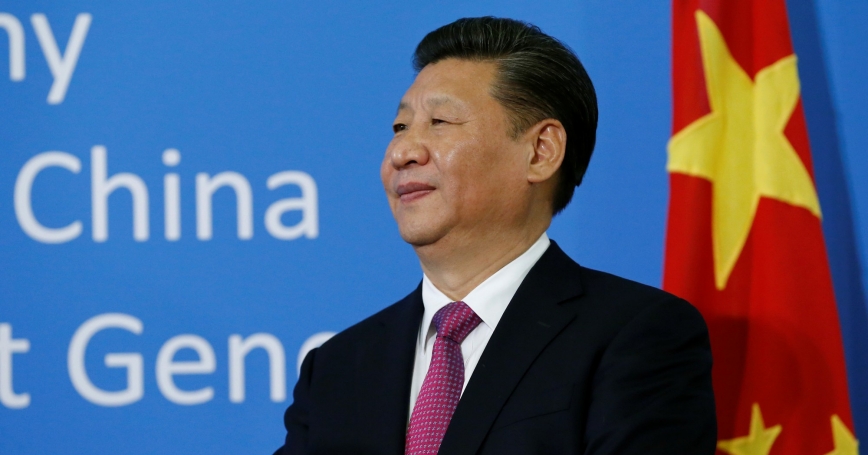 U.S.-China policy — which had enjoyed impressive continuity for upwards of three decades — is suddenly in turmoil. The United States first signaled an intention to rethink the “One China” policy, then seemingly backtracked. On trade as well as South China Sea territorial disputes, Washington has made blunt threats even while declaring a general desire for a “constructive relationship.”

It remains unclear where all this is headed. But if the administration is in the market for a collaborative but still firm way to influence Chinese behavior, China's halting efforts to join the U.S. as a sponsor and guarantor of the international system may offer a better approach than an accelerating confrontation.

At the recent World Economic Forum in Davos, Chinese President Xi Jinping restated Beijing's commitment to global integration and a rules-based order with a powerful speech laying out an agenda for growth and governance. Most initial reactions to Xi's statement were fairly skeptical, for good reason. But this new Chinese approach offers a critical opportunity for the United States to test China's willingness to serve as the co-sponsor of a stable world order.

It would be wrong to read too much into one speech. Xi likely saw an opportunity to promote China's alternative economic initiatives and boost its flagging image in Asia. His statements don't imply a change in China's long-term ambitions.

But it would be equally mistaken to miss what may be a historic opportunity.

Two factors have complicated China's interaction with the U.S.-designed world order. One is a classic theory of world politics: Rising powers tend to get outsized ambitions and work to shove current leaders off the stage. These power transitions often lead to conflict. The other is China's identity and self-image as the natural leader of Asia — and as a nation that has been consistently demeaned and weakened by the West.

All of this has muddled the hope that China would simply accept and integrate with the existing order — its rules, institutions and norms, from the World Trade Organization to the World Bank to UN agencies. China's aggressive actions over South China Sea territories, cyber-meddling, tightening constraints on foreign business operating in China and other behavior has led some to conclude that it aims to wreck the existing system rather than join it.

This is too simple. China's participation in the post-war order has exploded over the last three decades. It has become a prominent player in international organizations. It consistently supports the legitimacy of the UN system and its core norm of sovereignty and has been active on a number of common security issues — from nonproliferation to climate to peacekeeping.

It's easy to forget how far China has come: As recently as the 1960s it remained isolated and suspicious.

It's easy to forget how far China has come: As recently as the 1960s it remained isolated and suspicious. From a wider historical lens, the intersection of two profound national strategies — China's bid to use global integration to further its development, and the U.S. effort to draw China into shared norms and institutions — has worked quite well for both. As Xi said at Davos, “We came to the conclusion that integration into the global economy is a historical trend. … It has proved to be [the] right strategic choice.”

As its power grows and its sense of historically-informed grievance becomes more acute, though, China could easily diverge from this path. Many keen observers fully expect it to do so. The momentum in Washington is all about “China as a revisionist state,” based on a worry that its ambitions cannot be contained in a shared order.

A critical hinge point may be approaching for China's role in the world and its relationship with the United States. This is why the present moment is so fateful — and why Xi's statement at Davos provides an opportunity that should not be missed.

The speech is an inspiring call for shared, equitable and sustainable growth under agreed international norms. Rather than scoffing at Xi's motives, the United States and its friends and allies could say: “We take you at your word and welcome growing Chinese influence to promote these values within a shared order — but under specific conditions.” The idea would be to gradually but more formally accept China as a leading co-sponsor of the world order, while using its emergence into that role as leverage to encourage and where necessary enforce key standards.

Three obvious principles are non-aggression, the rule of law and fair trade practices. In each category, the United States and others can engage Chinese officials on behavior they expect to see — increased willingness to settle sovereign claims under international law, for example, or changes to trade policy. But the response should also broadcast a willingness, even an excitement, to see growing Chinese leadership under the terms Xi has laid out.

Such an effort would reflect a robust initiative to follow up on the policy themes of Xi's speech and test the question of whether it is possible to bring China on board as a more formal co-leader of a stable world order. It would reflect a shift from existing U.S. policy, which has mostly worked to gather China into a U.S.-led system.

To be clear, this might not work. China is not in the mood to be managed, and its policies and ambitions on issues like trade and sovereign claims may be set in stone. On most issues, it has so far been reluctant to lead.

Given the stakes, however, the effort is worth an attempt. China can either fulfill the spirit of Xi's speech and become an active steward of global stability — or shake the world order to its foundations. This may be America's best opportunity in years to influence that choice.

Michael J. Mazarr is a senior political scientist at the RAND Corporation, where he directs the project on Building a Sustainable International Order.

This commentary originally appeared on U.S. News & World Report on February 15, 2017. Commentary gives RAND researchers a platform to convey insights based on their professional expertise and often on their peer-reviewed research and analysis.