Stabilizing Mosul After the Battle Against ISIS 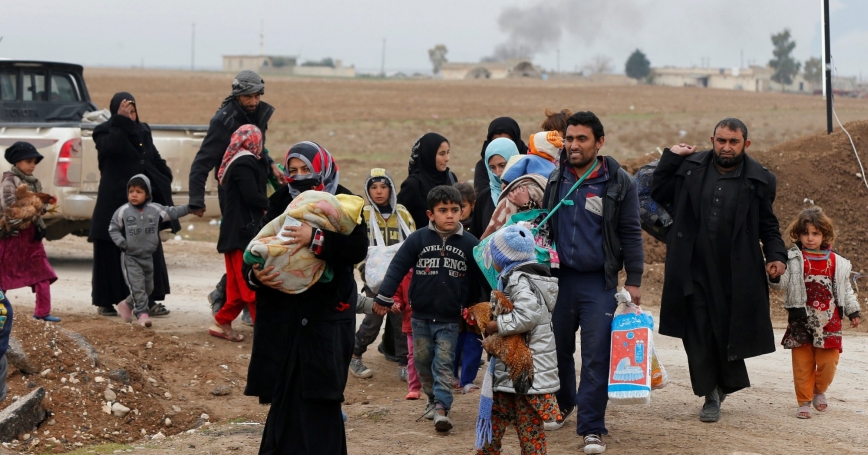 Displaced people who fled ISIS arrive at a military checkpoint before being transported to camps in eastern Mosul, Iraq, January 25, 2017

by Shelly Culbertson and Linda Robinson

The battle to retake Mosul, Iraq's second-largest city, from ISIS is underway. Iraqi forces with backing from the U.S. have retaken the east bank of the city. A renewed push to take back the more heavily populated west bank will begin soon.

Fighting is expected to be ferocious, with heavy casualties among civilians and Iraqi soldiers, and destruction of the city's infrastructure.

The liberation of Mosul will not be complete with the military operations that oust ISIS. Failing to get the civilian response right risks a short-term pyrrhic victory and widening civil war in Iraq.

This should concern the U.S., as instability in Iraq threatens U.S. foreign policy interests in the Middle East and violence that continues to create large numbers of refugees.

Steps are required to manage the needs of displaced civilians and get them back home.

Steps are required to manage the needs of displaced civilians and get them back home. Since the start of the conflict with ISIS, a peak of 3.4 million Iraqi civilians were displaced by violence, and 3 million remain displaced today. An additional half million people may be displaced during the fight to take back remaining parts of Mosul.

On our recent trips to Erbil and Baghdad, where the military and humanitarian responses to Mosul are being managed, we spoke with numerous stakeholders and identified key challenges that will need to be resolved to stabilize Mosul and get its civilians back home.

The government of Iraq is sending displaced persons from Mosul into camps instead of allowing them to move to other urban areas due to concerns that there might be ISIS collaborators among the displaced.

The civilians' identification documents are taken from them for as long as they stay in the camp. They are permitted to return to their homes when it is considered safe, but widespread destruction of public, residential, commercial and agricultural infrastructure means that it may be years before they can go home.

While security concerns are understandable, a solution must be found that respects international norms against holding displaced civilians in detention.

We visited two emergency camps a short distance from Mosul. Khazer is a tent city of over 32,000 people, next to Hassan Sham with a similar number. Despite the valiant efforts of aid workers to supply basic needs, these emergency camps are not equipped to house Iraqis for more than a few months.

In addition to the flimsy tents without electricity, only outdoor pumps for water, no 24-hour health care services, and no spaces where people could prepare hot food, community activities and psychosocial treatment is lacking for these traumatized people who fear for their futures.

Indeed, conditions in parts of Mosul and nearby liberated villages are not safe for civilians to return to because of the heavy levels of explosive remnants of war. ISIS heavily mined public buildings, homes and fields. We heard anecdotes of baby cribs with booby-traps. One village of 450 families had 550 mines.

The water treatment plant in Bartallah is so heavily mined that it will need to be detonated rather than cleared. Demining is an expensive and dangerous process. U.N. agencies and the U.S. government are funding demining in targeted ways, but greater investment in demining is essential to promote early and safe return of civilians.

In Mosul and nearby villages, basic public services, such as water and sanitation, health care and education, need to resume. Yet destroyed infrastructure and the thousands of public sector employees who fled mean that resumption will be no quick or easy task.

For example, six of Mosul's 12 hospitals have been destroyed. Many health care workers and teachers have fled. While United Nations agencies and implementing nongovernmental organizations have labored intensely to meet basic needs with temporary assistance, we see a gap in supporting Iraqi government services. For example, hospitals treating trauma in the nearby city of Erbil are overflowing to the extent that they cannot provide treatment in a timely manner for their own city residents.

After the immediate humanitarian needs are met, it will be important to shift responsibility, assistance and capacity building to Iraqi institutions, so that they have the means to take over and care for their own.

Finally, resumption of normality and daily life depends on civilians feeling safe and repairing relations among different ethnic communities. This requires a trained and adequately staffed police force that can maintain security in the street, behave according to standard principles of community policing, and gain the trust of fellow citizens that they will not behave in retaliatory or arbitrary ways.

The officials that we interviewed noted a need for at least 25,000 trained Iraqi police to fulfill these duties in Mosul. However only 12,000 have received any sort of training at all.

Security among the population also depends upon a reconciliation process among differing communities from Mosul's multiethnic communities. Less than 3 percent of the stabilization program funded by the U.S. and coalition partners is devoted to social cohesion efforts. A priest who runs a settlement of displaced Christians told us that very few if any of them anticipate going home because of fears of relations with other communities.

Meeting all of these challenges in a way that sets the city of Mosul and its surroundings on a path to stability and future prosperity is a tall order.

It depends upon just and competent leadership from the government of Iraq.

It requires security forces to comport themselves in ways that respect human rights. It depends on United Nations leadership to manage many of the technical issues of stabilization.

And it also depends upon the intellectual and diplomatic leadership of the U.S., a role that no other entity can fill.

At a time when it may be easier for the U.S. to focus its attention within its own borders, it is important to remember that U.S. leadership can make a difference to these displaced civilians while protecting U.S. national interests.

This commentary originally appeared on Newsweek on February 9, 2017. Commentary gives RAND researchers a platform to convey insights based on their professional expertise and often on their peer-reviewed research and analysis.