The Need for a Targeted Counter-ISIL Strategy 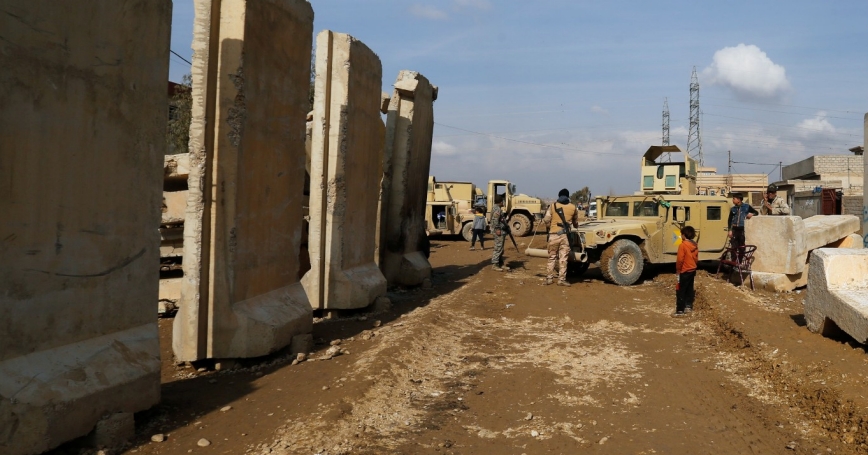 President Donald Trump has promised to “eradicate Islamic extremism.” This is a goal nearly all of humanity shares, as there is nothing redeeming and everything abhorrent about extremist groups like the Islamic State group. However, American policymakers, starting with Trump, need to grapple with real-world constraints, lest the efforts to attain this objective be counterproductive.

Bold pronouncements obscure the risk that a campaign which skips key steps to eradicate the Islamic State group would do more harm than good. Combating the Islamic State group requires a coordinated strategy that proceeds on multiple fronts, targeting the group's ability to recruit, finance, move material and fighters, plot attacks and hold territory. The military aspects of the campaign against the group, which include airstrikes, special operations forces raids, intelligence sharing and building partner capacity, contribute to these goals, however, they are insufficient.

Defeating ISIL is only possible if political conditions change in the Middle East, North and West Africa, and South Asia, and in ways that are exceedingly unlikely.

They're insufficient because defeating the Islamic State group is only possible if political conditions change in the Middle East, North and West Africa, and South Asia, and in ways that are exceedingly unlikely. It is not a coincidence that the Islamic State group's origins are found in two states in which Sunnis are aggrieved. Iraq, where a Shiite dominated central government has turned the tables on the previous Sunni-led order. And Syria where an Alawi-dominated regime has long sought to protect its minority rule at the expense of the country's Sunni majority. Iraq and Syria share the common affliction of being weak states which cannot govern by consent nor exert control over the entirety of their territory.

Iraq and Syria may be particularly egregious examples, but their situations are not unique in the regions where the Islamic State group operates. It would be a herculean task to change underlying conditions in these two states, let alone in an area that spans Nigeria to Bangladesh.

The situation is further complicated by the conflicting priorities of actors within the Middle East. Regional governments agree on the goal of eliminating the Islamic State group, a self-declared caliphate which challenges the state system they are naturally invested in. But that doesn't mean the group is their top priority. Indeed, Ankara prioritizes containment of Kurdish autonomy over the campaign against the group, whereas political elites in Baghdad and Damascus prize consolidation of authority in strategic, resource-rich areas over rolling up the group in Sunni backwaters. That doesn't mean the United States should resign itself to the Islamic State group, but rather that the U.S. needs a thoughtful counterstrategy that appreciates the magnitude of the challenge.

The strategy we put forward begins from two principles. First, the U.S. needs to align resources against the different threats posed by the Islamic State group, and protection of the homeland is the top priority. This means coalition activities should focus on reducing the group's ability to conduct external attacks. Since promoting regional stability is illusory, we urge investment in aspects of the campaign that reduce the risk of Islamic State group-directed and -inspired attacks here at home. We believe this can best be achieved by targeting “transit hubs” through which the group moves people, money and material.

Our strategy in Iraq and Syria calls for steps to remove the underlying conditions that feed Sunni grievances, e.g., by pressing the Iraqi central government on inclusivity and reconciliation, and balancing support for the Kurds with avoidance of fueling regional conflicts. To be clear, this could slow the liberation of territory from the Islamic State group's control, but with the advantage that once liberated, areas would be less vulnerable to subsequent reversals.

We think the force limitations set out by the previous administration were a wise obstacle to the proverbial slippery slope. Those limitations are even more important at a time when political leaders are attempting to outbid one another on who is tougher against the extremist threat. Yes, strategy design should reflect mission requirements, but it should also be based on the scope of interests at stake and the risk the United States is willing to bear to advance those interests.

Jeffrey Martini is a senior Middle East analyst and Lynn E. Davis is a senior fellow at the nonprofit, nonpartisan RAND Corporation.

This commentary originally appeared on U.S. News & World Report on February 1, 2017. Commentary gives RAND researchers a platform to convey insights based on their professional expertise and often on their peer-reviewed research and analysis.