U.S. Counterterrorism Strategy Must Be About More Than ISIS 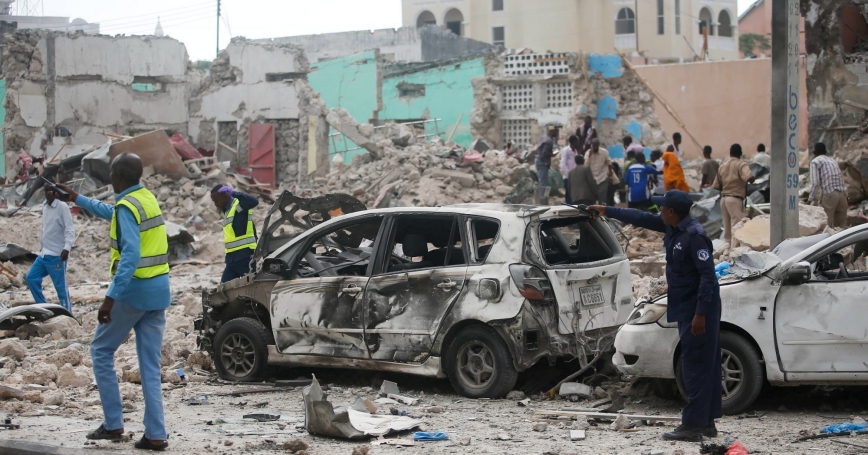 Somali government soldiers secure the scene of an explosion in front of Dayah Hotel in Somalia's capital Mogadishu, January 25, 2017

As he promised on the campaign trail, President Donald Trump has moved quickly against the Islamic State, directing the Joint Chiefs of Staff to develop an aggressive plan to defeat the group and temporarily banning citizens from seven Muslim-majority countries from entering the U.S. Critics of the ban believe it will actually weaken domestic counterterrorism efforts and bolster Islamic State propaganda and recruitment. But there is another glaring hole in this strategy as it is currently comprised: it fails to address another half-dozen or so other terrorist groups throughout the world that threaten American security and global order.

The Islamic State is certainly a worthy candidate for eradication, but failing to similarly also target its franchises, al-Qaida splinters, and other non-aligned groups in the Middle East, Africa, and South Asia could allow other threats to metastasize. This could lead to a situation similar to one that happened in the mid-2000s, when the Bush administration diverted military and intelligence resources to Iraq, enabling the Taliban to reassert itself in Afghanistan.

Although Western policymakers — and the news media — tend to focus on the core of the Islamic State in Syria and Iraq, the group has dispersed to various failed states and ungoverned spaces where they have gained traction with local militant groups. In 2016 alone, it directed or inspired a spate of attacks worldwide, from Brussels to Nice, Dhaka, Istanbul, and beyond. The Christmas market attack in Berlin was recently traced to Islamic State external operations planners in Libya....

This commentary originally appeared on Defense One on February 9, 2017. Commentary gives RAND researchers a platform to convey insights based on their professional expertise and often on their peer-reviewed research and analysis.