Cambridgeshire Is at the Heart of England's Teacher Shortage Problem 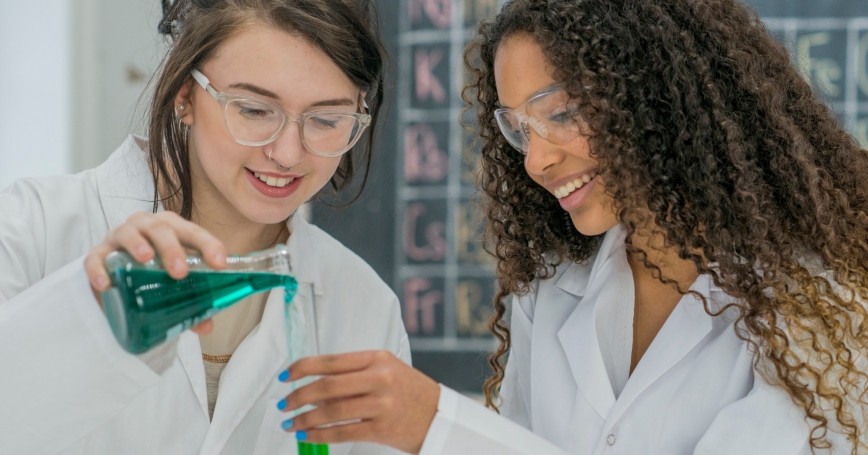 by Miriam Broeks and Julie Belanger

The world is facing a global teacher shortage. UNESCO has warned nearly 69 million teachers (PDF) will be needed to plug this shortage in both primary and secondary education.

Zoom in on the UK, and a report from the Education Select Committee states that recruitment targets for teaching have been consistently missed and teacher shortages are getting worse. The problem is amplified by the fact that the number of school-aged children is projected to increase over the next 10 years.

Further research by the National Audit Office found that filling secondary school teacher training places is proving to be particularly difficult in the STEM (Science, Technology, Engineering and Mathematics) subjects. According to the UK Commission for Employment & Skills, 43 per cent of STEM vacancies are hard to fill because of a shortage of applicants with required skills.

Aware of these national trends, Cambridge Ahead, a business and academic group based in Cambridgeshire, asked RAND Europe to examine factors which may be contributing to secondary school teacher shortages in Cambridgeshire. The study's findings illustrate even bigger problems in Cambridgeshire than in the rest of England.

The study used School Workforce Census to explore aspects of working conditions (pay, type of contract and employment status) and flows (numbers of new entries and leavers) of secondary school teachers working in state-funded schools in Cambridgeshire between 2010 and 2015. These figures were then compared to the national average and three different regions in England — Hertfordshire, Inner London and Oxfordshire.

In Cambridgeshire, there are simply too few new teachers replacing those who retire, with this gap being even more pronounced in the STEM subjects, reflecting wider national trends. This is particularly worrying for the Cambridgeshire region due to the growing demand for future STEM professionals (PDF) in the region.

The working conditions in Cambridgeshire are making the region a less attractive place for secondary school teachers to work.

Challenges also include factors affecting living conditions. Future research should look into how certain aspects of working conditions, such as low pay, are related to other aspects associated with the quality of life of the local area, such as housing costs. The Cambridge city housing market is a particular challenge, with high costs for renters and buyers and low volumes of affordable housing. This displaces lower-income groups to cheaper, less accessible areas further outside the city, increasing travel to work distances and making the city a less attractive place to work for those living outside. This adds to recruitment and retention problems, particularly for public-sector employers, such as school teachers.

Cambridgeshire is a region facing teacher supply challenges, but it is by no means the only one in England. Collaborative efforts between national government and local authorities could be vital to identifying regions facing teacher shortages and implementing strategies aimed at tackling this issue head-on. The task of ensuring a sufficient supply of teachers across the different English regions is one of vital importance.

Miriam Broeks is an analyst and Julie Bélanger is a research leader at RAND Europe. Both were involved in the “Attracting and retaining teachers in Cambridgeshire” report for Cambridge Ahead.

This commentary originally appeared on Education Media Centre on March 21, 2017. Commentary gives RAND researchers a platform to convey insights based on their professional expertise and often on their peer-reviewed research and analysis.