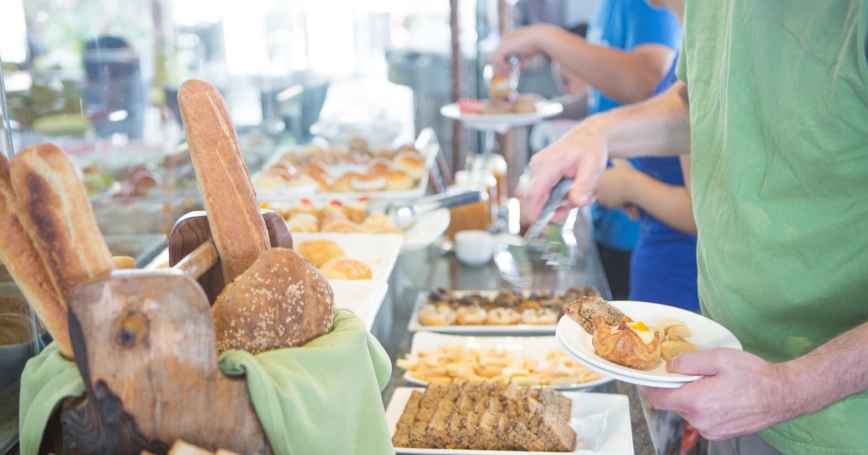 by Ruopeng An and Roland Sturm

There are lots of theories about what's causing the epidemic of obesity in America. Already, two in three Americans are overweight or obese. If current trends continue, some people believe a majority of Americans will be obese in another decade or so.

A few years ago we teamed up to crunch the data looking for possible policy solutions. We used national studies and government databases to search for ways to combat the epidemic. To do that we needed to look for evidence of what was driving Americans' weight gain. Was it neighborhood “food deserts” where it was hard to find healthy food? Is healthy food just too expensive? Are Americans exercising too little? Drinking too much sugary soda?

Along the way, we found out that the data don't support many of the popular theories about what's causing obesity to increase so dramatically. And we reached one indisputable conclusion: We're all getting fatter.

Here are a few misconceptions our study disproved.

Americans with less education and lower social status are the ones getting obese.

Truth: Americans of all education and income levels are getting fatter. While obesity is more prevalent at lower education levels, Americans at all rungs on the socioeconomic ladder have been gaining weight at about the same rate since the 1980s. 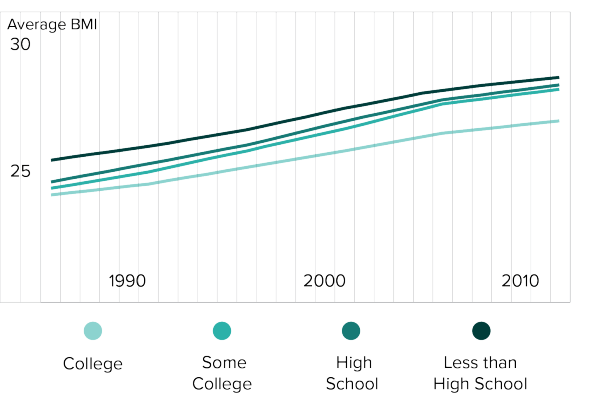 Blacks and Hispanics are gaining weight at a faster rate than other racial groups. 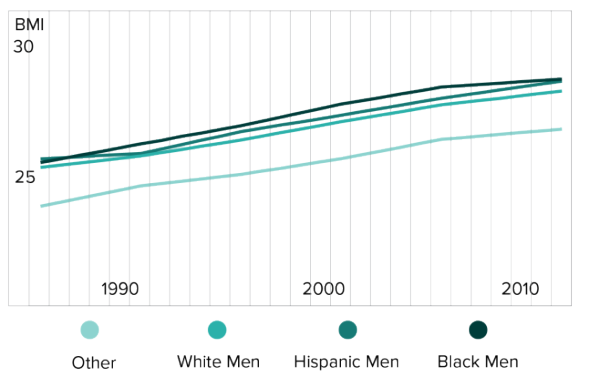 Truth: While at any point in time, a higher percentage of blacks and Hispanics may qualify as obese, the trend line for all racial groups is pretty much the same. 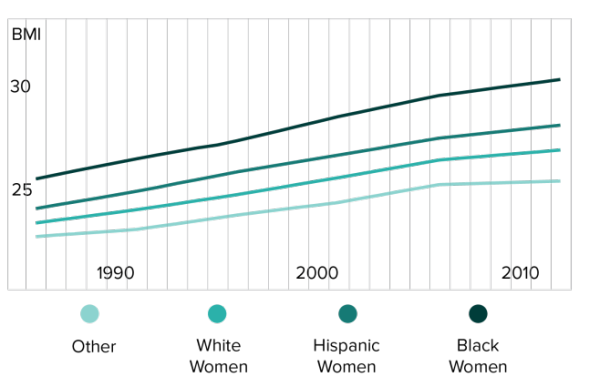 Obesity is mostly a problem in southern states like Mississippi. 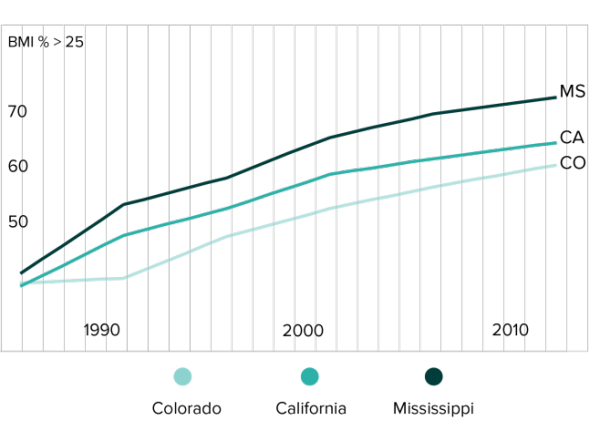 Truth: The populations of all states have been getting fatter at similar rates. Colorado, which has the lowest obesity rate of any state, currently has as many obese residents as Mississippi, the fattest state, had about a decade ago.

Americans are exercising less, in part because they are working longer hours and have less free time. 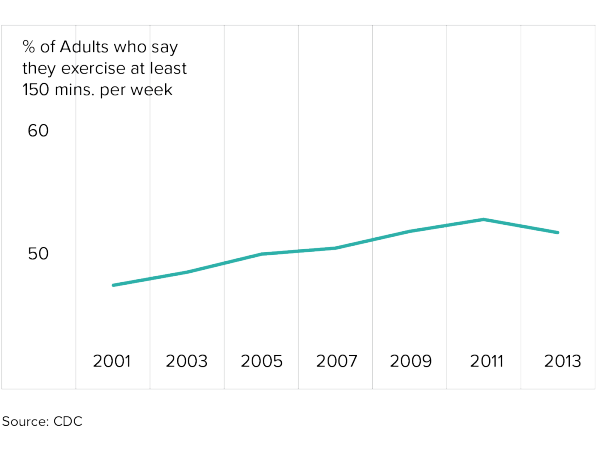 Truth: Leisure time has increased over the past few decades, paid work hours have gone down and self-reported exercise has increased (even though a majority of Americans fall short of physical activity recommendations). 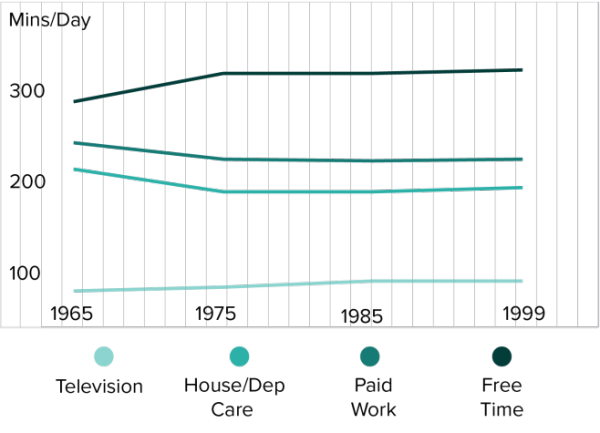 Truth: Americans have been eating more fruits and vegetables, not less. What they haven't done is reduce their consumption of unhealthy foods at the same time. All types of food are more affordable and available than ever.

Conclusion: So What Do We Do?

If our study showed one thing, it's that there's no single subgroup of Americans we should be targeting — the trend lines are similar no matter who you are and where you live. It's true some groups are heavier than others, but we're all headed the same direction, and that's the trend we need to change. And nothing we found contradicts the most basic advice you've heard about how to keep weight off: Eat less, exercise more.

We were looking for economic solutions, not lifestyle advice. So what would a sound anti-obesity economic policy look like? Although the data isn't conclusive, some studies suggest that if you can shift people's intake from junk food toward healthy food, their overall calorie counts can go down. So our analysis suggests that taxing unhealthy foods and redirecting those funds to subsidize healthy foods is a promising policy approach that deserves more work. We also favor increased availability of clean water in schools and other settings to reduce the consumption of more caloric beverages.

So far, most policy interventions are focusing on “positive” messages, such as increasing fruit and vegetable consumption and increasing physical activity. However, our analysis shows that there needs to be a new emphasis on reducing calorie consumption, particularly of sugar-sweetened beverages and salted snacks that add calories without nutrition. The bottom line is that a majority of American adults eat more than the recommended discretionary calories for energy balance. Although increasing fruit and vegetable consumption may be a laudable goal for other health reasons, on its own it is unlikely to be an effective tool for obesity prevention.

The hard truth is simple: If we want to stop getting fatter, we have to start eating less.

Ruopeng An is an epidemiologist at the University of Illinois-Champaign. Roland Sturm is an economist at the nonprofit, nonpartisan RAND Corporation.

This commentary originally appeared on Politico on March 8, 2017. Commentary gives RAND researchers a platform to convey insights based on their professional expertise and often on their peer-reviewed research and analysis.