Holding Bashar al-Assad Accountable for Chemical Weapons Use in Syria 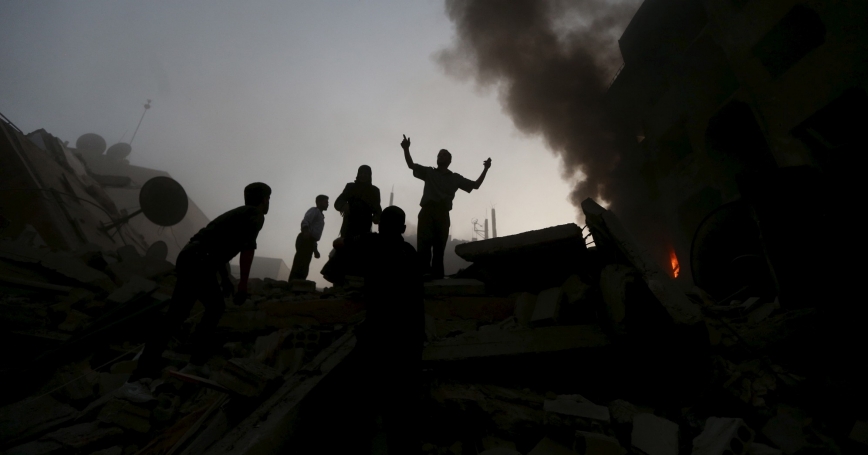 People rush to a site hit by heavy shelling by forces loyal to Syria's President Bashar al-Assad in the Douma neighborhood of Damascus, June 16, 2015

Efforts to hold the regime of Syrian President Bashar al-Assad accountable for persistent chemical weapons use were dealt another major blow recently when the UN Security Council failed to pass a resolution punishing Syrian officials for their roles in chlorine attacks in 2014 and 2015. Absent UN action, the United States and its allies have only the findings of a joint Organization for the Prohibition of Chemical Weapons (OPCW)-UN investigation to sustain the drumbeat for punishing Syria.

The Chemical Weapons Convention (CWC) would have to be bolstered if the Assad regime is to be rebuked for its use of chemical weapons. Leadership from the United States on this issue could send a message to allies that despite a change in government, the United States remains steadfast in its commitment to holding those who use chemical weapons accountable. For example, the United States could encourage its allies to levy sanctions against individual perpetrators the way the U.S. Government did in January. As the Trump administration continues to develop its Middle East policy, efforts to implicate Assad and his government for chemical weapons use should be part of their considerations.

Second, the United States and its allies could call upon the OPCW, which oversees implementation of the CWC, to be more vocal in condemning Syria's actions. The OPCW's special section on Syria has not issued a press release since Dec. 13, 2016. The organization responsible for implementing the CWC should be the leading voice of outrage in the international community regarding Syria's continued chemical weapons use. Such statements could call attention to the recent veto votes in the UN Security Council by Russia and China. As signatories of the CWC, and allies of the Assad regime, the unwillingness of Russia and China to take a harder stance against Syrian chemical weapons use weakens their credibility as OPCW Executive Council members.

Syria has always been an outlier among the 192 States Parties of the CWC. As the only country to ratify the treaty after carrying out a devastating chemical weapons attack — in which 1,400 Damascus-area residents were killed by sarin in August 2013 — Syria agreed to the removal and destruction of its declared chemical weapons stockpile to avoid military intervention and acceded to the CWC that year....

Natasha Lander is a senior policy analyst at the nonprofit, nonpartisan RAND Corporation.

This commentary originally appeared on The National Interest on March 21, 2017. Commentary gives RAND researchers a platform to convey insights based on their professional expertise and often on their peer-reviewed research and analysis.