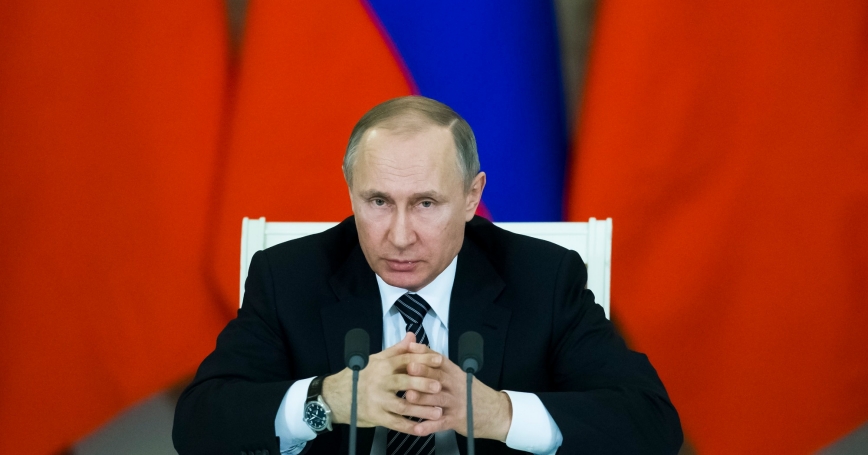 by William Courtney and Miriam Matthews

President Vladimir Putin is Russia's charmer-in-chief. He lured former Italian Prime Minister Silvio Berlusconi and former German Chancellor Gerhard Schroeder into becoming friends. With President Donald Trump in power and Russia-friendly gains possible in some upcoming European elections, Putin may be eyeing new targets. How might he try to win them over? Psychological research offers insights.

An intelligence professional and experienced political leader, Putin knows how to spot, assess and manipulate potential prey. Studies show that individuals in power are more likely to engage in disinhibited actions and focus on personal gratification. Intelligence officers can exploit these weaknesses. Russians rely on so-called kompromat for blackmail, and against quarry of higher stature, they use money, favors and flattery.

The Kremlin may think it is on a roll in helping to radicalize Western politics. Last June in the United Kingdom, the Kremlin aided the successful “leave” campaign by unleashing a “troll army” to spout fake news. Last fall, the Kremlin sought to undermine public faith in the U.S. democratic process and denigrate former secretary of state and Democratic nominee Hillary Clinton, the U.S. intelligence community said. In December, as Moscow backed the populist Five Star Movement, Italian prime minister Matteo Renzi lost a constitutional referendum and left office.

The Kremlin may assess these developments, and friendly policies of Hungary's Viktor Orban, as reason to continue influence operations. In France, the Kremlin arranged financing for the far-right National Front party, whose leader, Marine Le Pen, may be one of two winners in the first round of presidential voting in April. Last month, Frauke Petry, the leader of the far-right Alternative for Germany party, met in Moscow with Kremlin officials. After September elections, the party may become the third-largest in the Bundestag. German Chancellor Angela Merkel has warned that Russian cyberattacks and disinformation “could play a role ” in her re-election bid this fall.

As part of Russia's influence operations, Putin may continue seeking to entice or suborn Western leaders. What do his ties with Berlusconi and Schroeder show about how he may proceed?

Once targets are won over, Putin will stick by them. In 2012, even after Berlusconi and Schroeder had left office, Putin invited them as special guests to his third presidential inauguration.

Research suggests that by retaining ties with well-known counterparts, individuals can garner attention and appear influential. By maintaining close ties with out-of-power leaders, Putin may cause others to respect him as someone who keeps commitments and is trustworthy.

Putin may look for weaknesses and vulnerabilities. Demanding work and social pressures, common for world leaders, can reduce willpower. Research shows this can promote self-interested and unethical behavior. The U.S. ambassador to Italy said sources in Berlusconi's party claimed he was “profiting personally and handsomely” from energy deals with Russia. After Schroeder left office, Putin made him a €250,000 per year chair of Gazprom's Nord Stream company, which operates a pipeline under the Baltic Sea.

Putin will try to turn targets into friends. Repeated personal contact, especially among those of similar status who may share and pursue common goals, can nurture friendships. Putin has vacationed with Berlusconi in Sardinia, Siberia and Crimea. In 2004, Putin was the only foreign guest at Schroeder's 60th birthday party.

The March 2003 U.S. invasion of Iraq allowed Putin to highlight U.S. missteps and thus helped him bond with counterparts. Two months earlier, he and Schroeder warned America against going to war. At a joint summit in April also with French President Jacques Chirac, the three urged that the United Nations take the post-war lead.

Putin's ties with European chums have paid other dividends. In the early to mid-2000s, Schroeder urged the West to tone down criticism of Putin's war in Chechnya. Just before leaving office in 2005 to join Nord Stream, Schroeder awarded it a one billion euro loan guarantee. In 2014, Berlusconi called Russia's rigged Crimea vote “democratic ” and Western sanctions “irresponsible.” Schroeder cautioned the West not to isolate Putin.

Putin may be dismayed at the storm of congressional protest over Russia's interference in last November's U.S. election; rarely has intrusion in European politics caused such blowback. Yet Putin probably still sees benefit in cultivating leaders. They may help him, for example, to undermine Western support for Ukraine-related financial and energy sanctions, which have impaired Russia's economy.

How can Western leaders steel themselves against Putin's enticements? Research suggests that when top leaders share responsibility with others on their leadership teams, the risks of counterproductive and unethical actions decline. Thus, top Western leaders can limit personal contact with Putin and empower foreign ministers to conduct day-to-day relations with Russia. Western leaders can build confidence by reinforcing publicly their support for NATO and its rotation of more forces on the alliance's eastern flank.

In his dealings with Western leaders, Putin has the advantage of skill and years of experience in high-level diplomacy. Western leaders can compensate by championing policies and actions that enjoy consensus in the West and advance its interests and values.

William Courtney is an adjunct senior fellow at the nonpartisan, nonprofit RAND Corporation. He was U.S. ambassador to Kazakhstan, Georgia and the U.S.-Soviet commission that implemented the Threshold Test Ban Treaty. Miriam Matthews is a behavioral and social scientist at RAND and faculty member of the Pardee RAND Graduate School.

This commentary originally appeared on U.S. News & World Report on March 14, 2017. Commentary gives RAND researchers a platform to convey insights based on their professional expertise and often on their peer-reviewed research and analysis.