How to Partner with Putin 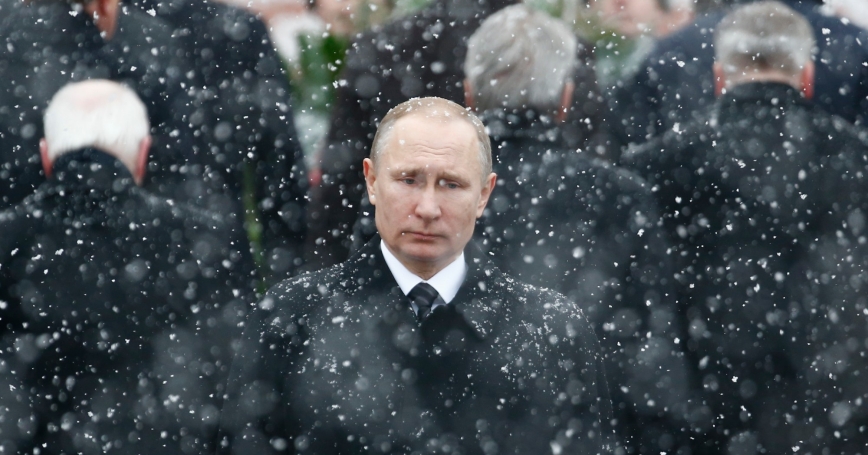 Improving relations with Russia, a priority for President Donald Trump, is a worthy goal. Despite concerns in Congress and among U.S. allies, Trump could make progress by seeking to partner with Russia on some issues, like North Korea, while keeping up heat on others, such as aggression in Ukraine.

Trump is not the first U.S. president to seek better ties with Moscow soon after being elected. In 1933, President Franklin Roosevelt opened U.S. relations with the USSR, which helped him later deal with Stalin in World War II. In 2001, President George W. Bush declared Putin "trustworthy," and the Kremlin offered only a muted reaction when Bush pulled out of the Anti-Ballistic Missile Treaty. In 2009, despite Russia's aggression in Georgia the previous August, President Barack Obama launched a reset with Moscow, which helped bring about the New START Treaty and allowed for the transport of supplies for NATO forces in Afghanistan—for which Russia's railway companies were well-paid.

Later, reset momentum waned, but these cases show that at times U.S. presidents can make gains by boosting ties with Moscow. But care must be taken to manage risks. At a time when the Kremlin is alleged to be interfering in U.S. and European elections, Western political leaders and their constituents may not support new concessions to Moscow.

Dealing with the Kremlin is risky if it shows no interest in reciprocal action. Despite several Minsk peace accords, Russia persists in its war against eastern Ukraine. Moscow is violating the 1987 Intermediate-Range Nuclear Forces Treaty while stonewalling U.S. objections.

Risks rise if the Kremlin sees an interlocutor as irresolute. Moscow may have discerned this in Obama's refusal to supply Ukraine with lethal defensive arms, or to counter Russian military intervention in Syria.

Risks also climb if one looks eager. This was so at Japanese Prime Minister Shinzo Abe's December summit with Russian President Vladimir Putin. Despite Abe's gushing about a potential breakthrough on long-disputed islands, the Kremlin leader was obdurate.

Because of controversy over his Russia policy and the resignation of national security adviser Michael Flynn, Trump may have less leeway to negotiate with the Kremlin than did some earlier presidents.

A prudent course for Trump is to pursue cooperation with Moscow when interests are shared, and confront it as necessary. President Ronald Reagan showed how. In 1987, he and Soviet President Mikhail Gorbachev reached the historic Intermediate-Range Nuclear Forces Treaty even as America was supplying Stinger anti-aircraft missiles to Afghan fighters resisting Soviet military occupation.

America would suffer if all cooperation with Russia were entirely ended. U.S. astronauts could not reach the International Space Station. U.S. oil companies, with vital technology, could not drill in Russia's energy-rich offshore Arctic region. Cooperation between U.S. and Russian scientists helps avert nuclear proliferation and terrorism. Last June, a Russian rocket, the world's most powerful, launched a U.S. spy satellite into space. In this regard, Trump can find fruitful ways to advance cooperation with Russia in such areas as nonsanctioned trade, countering violent extremism, science, student and faculty exchanges and tourism.

At the same time, the president should reaffirm America's determination to resist Moscow's aggression and intimidation against neighbors, and call on the Kremlin to stop its nuclear saber-rattling. Trump would be wise to make it clear that financial and energy sanctions will remain in place until Russia pulls its forces and the rebels it controls out of eastern Ukraine, ceases its war there and returns the region to Kiev's control. The White House was correct to state that Crimea must ultimately return to Ukraine's sovereignty, but ending the hot war in eastern Ukraine should take priority.

William Courtney is an adjunct senior fellow at the nonpartisan, nonprofit RAND Corporation. He was U.S. ambassador to Kazakhstan, Georgia, and a U.S.-Soviet commission to implement the Threshold Test Ban Treaty.

This commentary originally appeared on U.S. News & World Report on February 28, 2017. Commentary gives RAND researchers a platform to convey insights based on their professional expertise and often on their peer-reviewed research and analysis.