On 'Hidden Figures' and Being the Only Woman in the Room 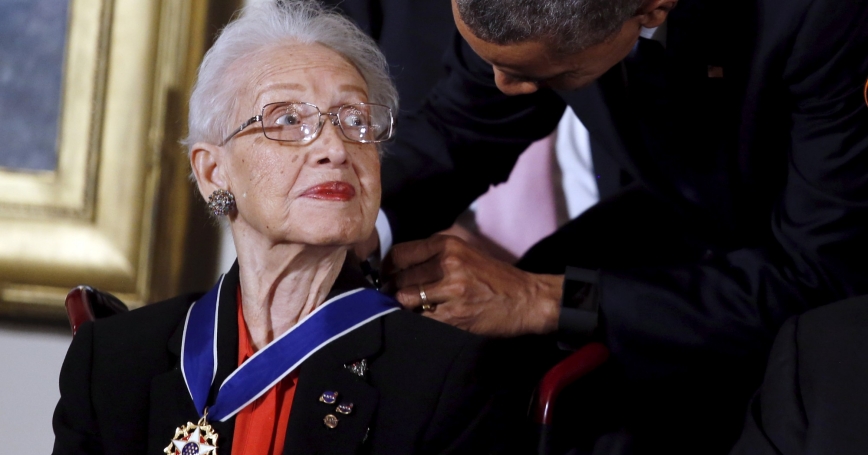 At the latest “movie night” at the graduate school I lead in Santa Monica, the audience of students and researchers watched the first-run film with particularly rapt attention. Many in the room—engineers, policy analysts, economists, computer scientists and the like—had been among the first wave of women in their fields, and the message of determination and ultimate appreciation in Hidden Figures resonated deeply with them.

Hidden Figures is based on the true story of three exceedingly talented African-American women—a programmer, a math genius and an engineer—who experience constant racial and gender discrimination at NASA in the early 1960s. Yet, motivated by their commitment to the mission and belief in their own skills, they persevere, helping the U.S. win the space race. Early in their careers, as the three move out of the all-woman office of “human computers” and onto the engineering and computer science teams, each is often the only woman, and African-American, in a workplace awash with men in white dress shirts and skinny ties. Slowly, with technical skills that brought confidence to astronaut John Glenn at a crucial moment in history, they solved problems that few others could address. Over time, the women gain acceptance.

And they do so in a way familiar to trail-blazing women everywhere—by being great at what they do.

This is a point Natalie Crawford, a senior fellow who has been with the RAND Corporation since 1964, made during the post-movie discussion in no uncertain terms. “They'll remember you if you're good, and they'll remember you if you are bad,” she said. She's been the “first woman” in our workplace more than once and the only woman to lead Project Air Force, one of RAND's principal research divisions.

Before I came to RAND to head its graduate school, I was often the only woman in the room during my 15-year government career working on force structure and warfare campaign analysis, for the office of the Secretary of Defense and the Navy. Being “the only” woman can be awkward but the truth is that if a woman is good at what she does—and can get the job done—in the heat of battle being “the only” starts to recede. Particularly in more technical fields, only the quality of the work matters. Respect and influence follow.

In her book, “Hidden Figures,” author Margot Lee Shetterly calls the title “something of a misnomer.” The history she documented wasn't “so much hidden as unseen,” she writes. She wanted to make sure the stories of the African-American women—and there were dozens of them—who worked as computers in the fledgling aeronautics industry at NASA's Langley Research Center in Virginia “would never again be lost to history.”

Women have always been critical to the history of RAND.

Women have always been critical to the history of RAND, which marks its 70th anniversary next year. But it's a piece of history that may not be readily apparent to the world outside the research institute's walls. Like NASA, like the Department of Defense, many women at RAND excelled at what they did, and perhaps wielded a slide rule, wrote an algorithm, defined a problem better than many of the men they worked with, making key contributions that helped shape the organization and lay a foundation for the women (and men) who followed.

Women like Yvonne Brill, a rocket scientist in the 1940s who worked on the first American satellite designs. And physicist Leona Woods Marshall Libby, who helped build the first nuclear reactor as part of the Manhattan Project, and turned to environmental research at RAND. Or Nancy Nimitz, who specialized in economic studies of Soviet agriculture and mentored a young researcher, Michael D. Rich, now the president and CEO of RAND.

A Los Angeles Times headline from 1961 inadvertently summed up the bias of the era quite nicely: “Outer Space May Also Come Within Realm of Woman's World.” It appeared above a profile of “Times Woman of the Year” Laurel van der Wal, “space scientist.” Later that decade, the mechanical engineer (then known as Laurel Roennau) would conduct research for RAND on developing strategies for transportation networks.

Roberta Wohlstetter's name remains well known in military strategy and intelligence circles. Her 1962 study on the intelligence failures leading to Japan's 1941 surprise attack on Pearl Harbor is regarded as a classic in its field. Forty years later, the 9/11 commission cited the work to explain how the Sept. 11, 2001, attacks had caught the U.S. unawares. When she and her husband, RAND nuclear strategist Albert Wohlstetter, received the Medal of Freedom from President Reagan in 1985, he remarked that as a woman in a male-dominated field she had been “a generation ahead of her time.”

At movie night, one question about Hidden Figures seemed to strike a chord with this generation's up-and-coming researchers, and with the women and African-Americans in the audience who had been pioneers and near-pioneers in their fields: “Why have we never heard of this story?” It's a really good question and partly speaks to the fact that American society is still catching up with, and uncovering, the vital contributions of women and African-Americans in our history—not rewriting history but discovering the more nuanced and complex truth, the hidden or overlooked facts, that often come from revisiting and diving deep into the places and ideas we thought we knew so well.

Susan L. Marquis is dean of the Frederick S. Pardee RAND Graduate School and vice president for Innovation at the nonprofit, nonpartisan RAND Corporation. Her book, “I am not a tractor!,” is about farmworkers in Florida who are transforming American agriculture and is slated to be published by Cornell University Press in the fall.

This commentary originally appeared on Scientific American on March 9, 2017. Commentary gives RAND researchers a platform to convey insights based on their professional expertise and often on their peer-reviewed research and analysis.