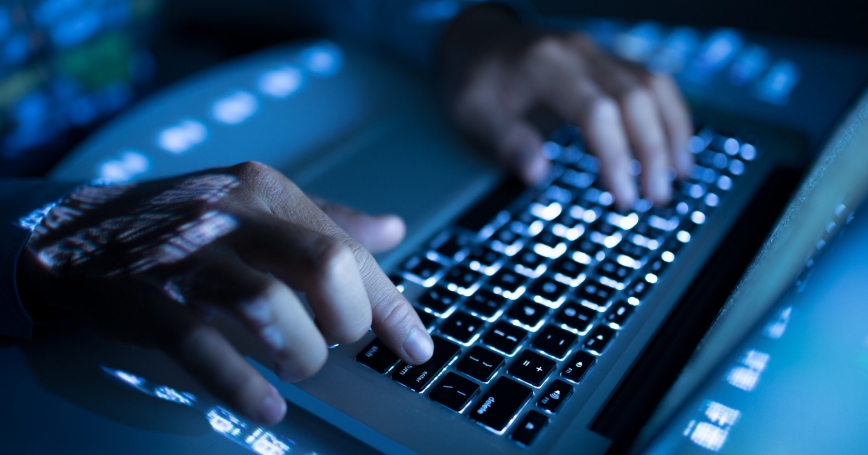 Recent events have highlighted the degree to which the internet is being used and abused for harmful, unethical and sometimes illegal purposes. Examples include incitement and recruitment by terrorist groups, cyber bullying, trolling and malicious fake news.

The First Amendment guarantees an individual's right to say many of these things. Social media companies are private enterprises, however, and are under no obligation to host material, whether benign or malicious. There is no constitutional right for individuals to post on Twitter or Facebook, any more than there is to write for the New York Times or broadcast on CNN.

So far social media companies have largely been spared the sort of regulation and liability standards that are routine for most print and broadcast media. Society has valued both universality and anonymity in access to the internet. And giant benefits have accrued.

In today's world, it seems, people can have not just their own opinions, but their own facts.

But of late, the abuses are also accumulating. Many of these harm individuals, but some also damage society. “The truth will win out” is a common defense of unconstrained access, but it is now clear that this is not always the case. It is not so much that fake news becomes generally believed, but rather that after being exposed to so much of this sort of material, which poses as real journalism but is intentionally false, no sources are trusted. In today's world, it seems, people can have not just their own opinions, but their own facts.

There are several potential paths to reining in such abuses. One avenue might be through both the civil and criminal courts. Injured parties could bring defamation suits against relevant cyber bullying, trolling and fake news. Defamation — that is, attacks on another's character — can be libelous if written, slander if spoken, and both are torts under the common law. Accordingly, the defamer can be subject to civil damages if he or she is successfully sued.

The standard to claim defamation against a public figure is pretty high, but most bullying, trolling and some fake news is directed at people who are not prominent, and some of this material may be libelous. Concerned individuals and institutions might crowdfund efforts by victims to employ the courts to penalize such activity, going after the author of actionable material if identifiable, or the media platform. Such suits could be expensive, time consuming and controversial. The costs in money and time might likely outweigh the immediate returns. Yet a few positive judgments could act as a deterrent. Just the prospect of being sued might improve some online behavior.

A second possible path might be to treat social media companies more like radio and television broadcasters.

A second possible path might be to treat social media companies more like radio and television broadcasters. Under U.S. law the airwaves are public property and the government has the right to regulate them for the public benefit. Broadcasting is a privilege, not a right, and access to the airwaves is therefore subject to numerous conditions. For instance, obscenity, which is covered by the First Amendment, has nevertheless long been restricted over the airwaves.

In the current domestic American political climate, where deregulation reigns, further movement in this direction seems highly unlikely. European governments, on the other hand, tend to weigh the balance between free speech and privacy rights differently. Hate speech is generally prohibited.

The European Union's top court has already ruled that Google must take down links to sites containing negative information on individuals at the request of such individuals unless there is a clear public interest in the information being made available. Facebook is currently under pressure from the German government to make greater efforts to banish hate speech from its site. Some European governments are moving to identify and combat fake news, particularly when disseminated by hostile foreign powers. Americans will have the ability to evaluate the results of these various approaches and perhaps one day consider whether any are worthy of adoption here.

A third, and perhaps most promising path, is through the market. Standards for print and broadcast media have been influenced as much by market forces as by law and regulation. People may be drawn to information that confirms their beliefs, but they also want that information to be true. Over time a set of journalistic standards has evolved to meet this expectation involving norms like giving space to both sides of a dispute, seeking corroboration from multiple sources, providing the reader at least enough information on those sources to indicate their possible biases, and establishing a clear line between reportage and opinion. Print and broadcast outlets adhere to these standards not because they are mandated by law, but in large measure because it has proved in their commercial interest to do so.

These standards are absent from much online content. Such norms cannot be legislated or regulated. They can be encouraged, over time, by the same kind of market behavior that make the mainstream media mainstream, that is to say by people frequenting platforms that provide reliable content and shunning those that do not.

Imagine a competitor to Facebook or Twitter that was committed to civil discourse, employing editors and algorithms to exclude hate speech, incitements to violence, threatening language, gratuitous insults and obviously malicious falsehoods. Might this provide an economically viable model, a forum that would attract many of those who have been turned off by some of the excesses that abound in current cyberspace? The libertarian ethos of Silicon Valley may resist such an evolution, but some companies might come to see it in their interest to adopt greater editorial control and establish higher journalistic standards.

Though Americans say they are unhappy with the tone of the online discourse, there remains a reluctance to consider seriously these potential remedies given our enshrinement of openness, anonymity and unconstrained freedom to inform that the internet currently provides. But we must recognize that the same freedom also enables widespread insults, deception and defamation.

It is legitimate to wonder whether remedies to internet abuse might be worse than the disease. Yet after American intelligence agencies have concluded unanimously that Russian President Vladimir Putin employed the internet to tamper with the American presidential election, undermine public faith in the U.S. democratic process, denigrate one of the candidates and boost the prospects of the other, employing cyber espionage, fake news and other forms of propaganda to do so, the case for at least seriously considering how to promote additional norms has been strengthened.

This commentary originally appeared on Inside Sources on March 23, 2017. Commentary gives RAND researchers a platform to convey insights based on their professional expertise and often on their peer-reviewed research and analysis.