What Are the Chances of the U.S. and China Going to War? 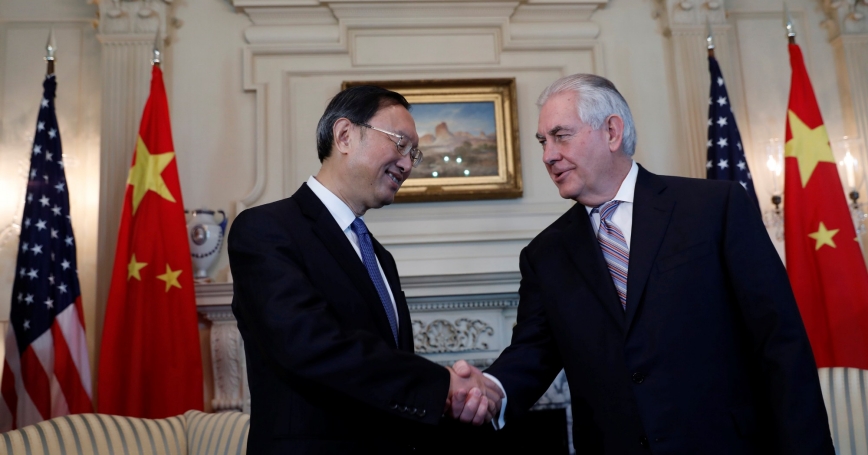 China is building military installations to cement its claims to most of the South China Sea and to back those claims if need be. Because the Trump administration, like its predecessor, rightly opposes this development, the chance of a military confrontation or incident is growing.

Meanwhile, Sino-American relations in general have soured over trade, possibly impairing the ability of leaders on both sides to manage such a crisis. Still, actual war between the two powers seems far-fetched: The stakes are not high enough, and the disputes not severe enough, to prompt leaders of either country to start a conflict outright.

Yet there is danger in complacency about the risk of war between the U.S. and China, owing to the growing likelihood of crises along with advances in military technology on both sides that can cause “crisis instability.”

With improved long-range sensors and weapon accuracy, the conventional forces of each are increasingly able to target and strike those of the other. In a crisis, the inhibition toward war could give way to the impulse to gain advantage by striking first, even pre-emptively, before being struck. Thus, the test is not whether barriers against war are strong enough in peacetime but whether they would hold in time of crisis.

Of course, Chinese and American leaders could instantly intervene to stop a conflict before it got out of hand. But here, too, complacency would be a mistake. Because both sides have increasingly potent but vulnerable strike forces, there is an incentive to “use 'em or lose 'em” once hostilities began. A conflict could escalate swiftly and become even harder to stop.

A recent study issued by the RAND Corporation indicates that a significant fraction of U.S. surface-naval forces involved, including aircraft carriers, and an even greater fraction of Chinese forces could be destroyed early in a spiraling armed conflict.

The military balance in the western Pacific still favors the U.S., but this is shifting.

Although the military balance in the western Pacific still favors the U.S., this is shifting as China invests a major share of its growing military budget into “anti-access/area-denial” capabilities, like anti-ship missiles, designed to strike U.S. forces in the region.

Moreover, although the U.S. spends about three times what China does on military capabilities, China can concentrate on the western Pacific, whereas the U.S. faces threats elsewhere, such as Russia, Iran and the Islamic State militant group (ISIS).

Although China's military disadvantage is shrinking, it would suffer immense harm—more than the U.S.—in the event of a war. Although the collapse of bilateral trade would damage both economies, virtually all of China's trade, being seaborne, would be disrupted by a war in the western Pacific.

While U.S. gross domestic product could fall by 5 to 10 percent in the first year of a war, China's could fall by 25 percent or more. Because the Chinese regime's legitimacy depends on strong economic performance, political unrest could follow hardship.

What should American policymakers do about this? Simply letting China gain de facto control over the South China Sea is unacceptable because of the vital importance of those waters, through which some 40 percent of world seaborne trade passes. Also, U.S. allies and others across the region would lose confidence in the U.S. if it fails to stand up to China.

Nor can the U.S. spend its way out of this predicament. An arms race in the western Pacific would favor China because of its ability to concentrate investment both in the region and in capabilities that can target U.S. strike forces.

But there are steps U.S. leaders could take to reduce the danger. The Pentagon could develop, produce and deploy less vulnerable forces, such as submarines and drone carriers. Of course, it will take years to transform U.S. forces in the western Pacific.

Meanwhile, given how perilous a Sino-U.S. crisis could be, U.S. leaders could also engage with their Chinese counterparts in search of a way to satisfy the interests of both powers, and others, in the South China Sea. This would be hard, take time and not necessarily succeed, given that China insists that most of this sea belongs to it.

What could be done now is to ensure that Washington and Beijing have a direct and active channel between the two defense ministers to defuse a crisis before the logic of striking first kicks in. This channel should remain open not only in a crisis but to prevent escalation if hostilities were to erupt.

Lastly, American and Chinese leaders should insist that their military commanders have options other than early and escalating strikes in the event of a war.

David Gompert is a fellow at the nonprofit, nonpartisan RAND Corporation and a former senior official of the U.S. intelligence community, the State Department and the National Security Council during a number of administrations of both parties.

This commentary originally appeared on Newsweek on March 14, 2017. Commentary gives RAND researchers a platform to convey insights based on their professional expertise and often on their peer-reviewed research and analysis.