After the March for Science: What Now? 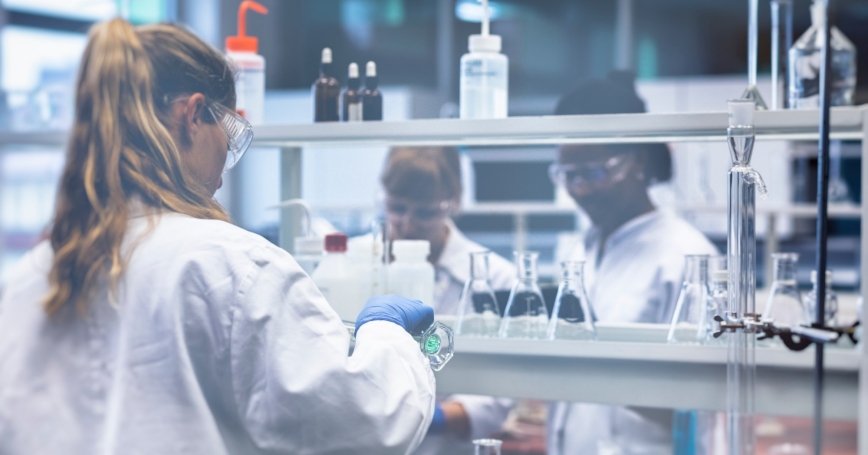 The scientific community is deciding how to respond to shifting political attitudes about science. Over the weekend, the March for Science on Earth Day, allowed people around the world “who value science” to stand up for it. Scientists are also busy signing letters in an effort to influence the new administration, and scientific professional associations are collaborating to support their members and engage the public.

The fear of any scientist, including us, is that our work will not be valued, with ramifications for funding, the health of the scientific enterprise and the ability to inform policy. “Value” depends on the observer, including political appointees, research agencies and the general public. The administration has weighed in with its proposed 2018 fiscal year budget, which suggests cutting billions from research agencies. This, along with diminished confidence in K-12 science education and disagreement over the importance of key scientific issues, seems to signal a rocky road ahead.

The proposed cuts would come at a time when science is as important as ever to everyday life. Today's challenges span chronic and infectious disease, environmental protection, energy production, agricultural development, international security and many other aspects of American life—and are best understood using technical and scientific expertise. Retraining in science, technology, engineering, and mathematics skills may also present one of the best opportunities for unemployed and underemployed workers to become gainfully employed. Simply put, to succeed America needs science.

While bickering over funding for science isn't necessarily new (funding has ebbed and flowed each year, but remained fairly level over the last decade), the United States could be at the start of another decline in support and funding for science, with the potential for long-term consequences.

The National Academies of Sciences, Engineering and Medicine recently established a committee to study the role of science literacy and public support of science and found that, generally speaking, surveys report positive attitudes about science. However, when “science” is broken into particular issues like energy, food safety, space, among others, ideological views can strongly influence individual perceptions. Even though it looks like there is agreement that science is important, ideology can create divides.

Marching may have helped tens of thousands of protestors in over 600 cities around the world reach their goal of 10,000 steps for the day, all while wielding some clever signs. But what comes next? How does the United States build an effective national scientific enterprise?

A key takeaway from the National Academies' report on science literacy is that communities can develop and use science to achieve their goals. “Citizen science” collaborations, where members of the public lead or participate in data collection or research activities, have become increasingly popular. An added benefit is that this type of collective action may foster scientific curiosity, which could be more important than scientific knowledge in breaking down ideological divisiveness. However, financial resources are still necessary to reach this type of collective literacy. The report suggests that the communities that stand to gain the most from science-literacy, informed citizens are usually the most underresourced.

In addition to using a community approach to foster science literacy, the United States still needs scientific expertise. General audiences should be receptive to experts' opinions and experts should engage with general audiences. Sometimes this exchange just breaks down. It's easy for scientists to communicate only with other scientists, but then their work may not be translated into applications that can enhance everyday life. A variety of science professional organizations are helping scientists to engage with communities. Changes in funding to support or require research translation, such as sharing the results of research in non-academic outlets, would encourage more of these exchanges.

Should scientists become policymakers? Possibly. STEM the Divide, initiated by a political action committee known as 314 Action, was recently launched to connect people with backgrounds in STEM to the expertise and funds needed to run a successful political campaign. Unfortunately, at the moment the group is only supporting potential Democratic candidates. Such initiatives, as well as longstanding programs like the American Association for the Advancement of Science's Science & Technology Policy Fellowship, might be admirable attempts to create more connections between science and policymaking, but probably won't contribute to sweeping changes anytime soon and that's OK. What's important is that scientists recognize the urgency to communicate with the public and policymakers, outside of traditional scientific circles.

Politicized rhetoric may imply otherwise, but specialized scientific expertise and broad-based civic participation are not at odds with each other. The march illustrated that. After the march, what now? It's time to focus on a long-term strategy for science policy in the United States.

Elizabeth L. Petrun Sayers is an associate behavioral and social scientist and Jaime Madrigano is an associate policy researcher at the non-profit, nonpartisan RAND Corporation.