The Need for a Strategy from the Trump Administration 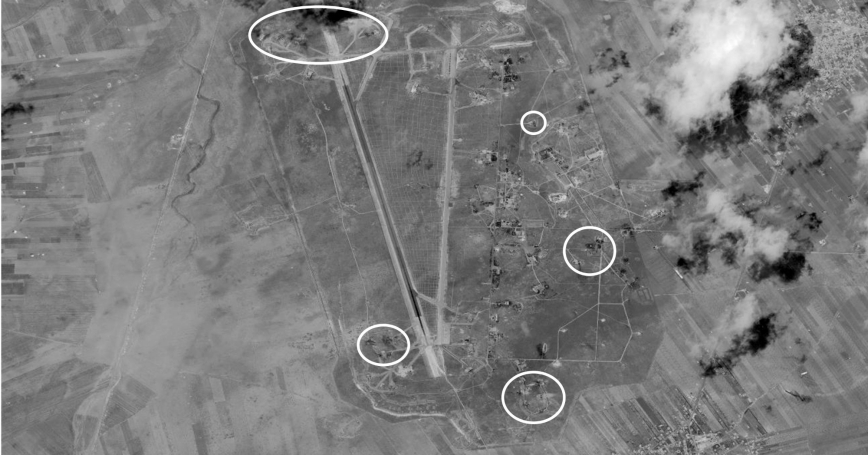 Photo courtesy of DigitalGlobe via DoD

The Trump administration has signaled strongly that it will not tolerate chemical attacks by the Syrian regime, which has violated the 2013 accord that required it to hand over all its chemical weapons stocks for destruction.

But it has not yet articulated its policy toward Syria or Russia, or its campaign to counter the Islamic State group (ISIS).

Before too many more days pass, it will need to articulate its strategy for grappling with these three intermestic challenges. A coherent national security strategy could steer the U.S. through these complex problems.

Having traveled to Syria twice in the past six weeks, I can attest to the close proximity of U.S. special operations forces to ISIS, Syrian, Iranian and Russian forces, and their various Syrian armed partners. This eyeball-to-eyeball standoff risks unintended clashes by miscalculation or deliberate provocations.

Thus far, the counter-ISIS campaign has proceeded in Syria and Iraq with the tolerance of Syria, Russia and Iran. That could be over. The strike on Syria's Shayrat airfield—where MiG jets, Su-22 and Su-25 fighters, helicopters and air defenses are based—may shatter that tolerance, as belligerent rhetoric from Syria and Russia has indicated.

The ways and means of strategy need to be guided by a clear sense of priorities and realism regarding the stakes for the U.S.

Harsh words are best met with evidence, firm diplomacy and the credible threat of force. Above all, the ways and means of strategy need to be guided by a clear sense of priorities and realism regarding the stakes for the U.S. Its standing in the Middle East and the world could depend on how skillfully the administration handles this crisis.

A few principles would provide a foundation for effective diplomacy and concrete results. Diplomacy with actors such as Syrian President Bashar al-Assad and Russian President Vladimir Putin likely will require a firm hand—clear statements backed by threats of proportional force. That is not to say that military action should supplant diplomacy, but, rather, render it more effective.

First, the U.S. has now signaled that it will not tolerate chemical attacks by Assad against his own people. The administration could counter Russian and Syrian denials with as much evidence as possible, without compromising sources and methods. Then it could call out Russia to enforce the 2013 accord that was midwifed by Moscow.

Second, the U.S. could signal that it will not countenance threats to U.S. and coalition forces engaged in the counter-ISIS campaign. It could call on Russia to resume the de-confliction agreement to show that it does indeed want the ISIS threat dealt with, as it claims.

Third, the U.S. could broaden its focus beyond the immediate military campaign against ISIS in Iraq and Syria to chart plausible political pathways for both countries to emerge from the hellish violence they have suffered for years. Only the U.S. can rally the international community to engage fully on realistic stabilization and conflict resolution.

Linda Robinson is a senior international and defense researcher at the nonprofit, nonpartisan RAND Corporation.

This commentary originally appeared on Newsweek on April 10, 2017. Commentary gives RAND researchers a platform to convey insights based on their professional expertise and often on their peer-reviewed research and analysis.