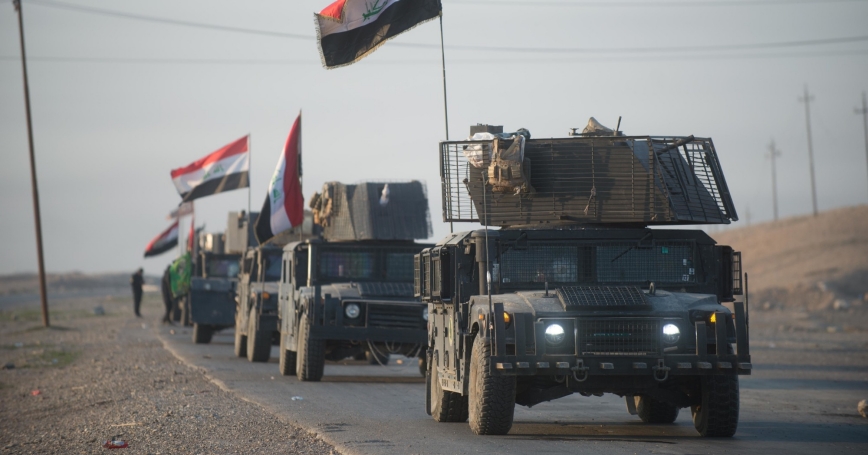 This is part two of “The Counterterrorism Yearbook 2017: The United States” published in the Australian Strategic Policy Institute's The Strategist. Read part one »

In November 2016, the New York Times reported that the Obama administration was set to expand its interpretation of the authorization of the use of military force to include broader authorities to strike al-Shabaab, the militant Islamist group operating throughout the Horn of Africa. This change in interpretation demonstrates just how protean the threat posed by violent non-state actors remains more than 15 years after the attacks of 9/11.

For the United States countering terrorism saw both progress and setbacks in 2016. Barack Obama acknowledged as much in a speech in December when he asserted that, while the U.S. has made great strides against both al-Qaeda and the Islamic State (IS), terrorism would remain a threat to the U.S. for the foreseeable future. Terrorism continues to pose a range of challenges for the U.S. across the globe.

Middle East: Throughout 2016, U.S. CT policy grew more assertive in combating IS. Working with elements of the Iraqi military and Kurdish Peshmerga, the U.S. has led a multinational coalition to retake critical territory from the group in both Iraq and Syria. The current operation to retake Mosul is perhaps the centrepiece of this policy, alongside the forthcoming operation to retake the Syrian city of Raqqa, IS's headquarters in Syria.

Beyond reclaiming territory from IS, the U.S.-led coalition has made great strides towards attenuating the organisation's war chest. Moreover, several senior IS leaders have been removed from the battlefield. The flow of foreign fighters travelling to the battlefield in Iraq and Syria has been “cut to a trickle,” from a high of about 2,000 per month at its peak in mid-2015 to as few as 50 per month in late 2016.

In Yemen, the U.S. is maintaining a small SOF footprint to provide intelligence to the Emirati military. And, although small swathes of territory throughout the country have been reclaimed from al-Qaeda in the Arabian Peninsula, overall the group has not been significantly degraded and will remain a potent threat for the immediate future.

Africa: In East Africa, al-Shabaab has withstood an onslaught from U.S.-backed forces of the African Union Mission in Somalia and continues to wreak havoc throughout the Horn of Africa. Still, there has been some progress against the militants. In March 2016, manned and unmanned U.S. aircraft conducted strikes against al-Shabaab training camps, killing an estimated 150 terrorists. In September, U.S. forces conducted what they labelled a “self-defence strike” in coordination with the Federal Government of Somalia near Kismayo.

In response to the growing threat posed by Boko Haram, the U.S. and Nigeria are working to strengthen security cooperation.

In response to the growing threat posed by Boko Haram, the U.S. and Nigeria have established working groups focused on strengthening security cooperation between the two countries. In neighbouring Niger, a new U.S. $100 million base in Agadez will allow U.S. forces to fly MQ-9 Reaper drones, substantially boosting CT capabilities in the region. One official described the base as “the most important U.S. military construction effort in Africa.”

South Asia: In May 2016, a U.S. drone strike killed Taliban leader Ahktar Mohammad Mansour in Baluchistan, Pakistan, although many Afghanistan experts have questioned the impact that Mansour's death will have on the organisation. Moreover, the Taliban has successfully challenged Afghan Government troops, most notably in Kunduz. Overall however, the Taliban looks no closer to being defeated. During 2016, it grew in strength, muscled out nascent IS elements in the country and demonstrated its potency through a string of spectacular attacks in major cities. In 2016, there were an estimated 9,800 U.S. troops in Afghanistan. The total number of U.S. troops in the country is expected to decline by about 1,400 in 2017.

Europe: A success for U.S. CT policy has been closer working relationships with traditional allies, especially in Europe. Following the devastating IS-directed terrorist attacks in Paris and Brussels, the National Security Agency helped the Belgians analyse phone metadata that led to the capture of Saleh Abdesalam, one of the key organisers of the terror network responsible for the attacks. Perhaps looking to capitalise on the strong relationships built over the past several years with police agencies in Germany, the UK, France and Turkey; the Obama administration has given the Joint Special Operations Command “expanded power to track, plan and potentially launch attacks on terrorist cells around the globe.”

Latin America: Achieving lasting CT success is not only difficult but requires time and tremendous resources. A case in point is the recent peace deal announced between the Revolutionary Armed Forces of Colombia (FARC) and the government in Colombia. The five-decade-long conflict would not have reached a peaceful ending without Plan Colombia; a multi-year, multibillion-dollar U.S. security cooperation effort. The plan provided the Colombian government with a range of capabilities including; signals intelligence, precision-guided munitions, and helicopters for mobility. The lag-effect of successful CT policy might not be conducive to political election cycles, but good CT policy can have a lasting effect when sustained over a period of years.

Internationally the U.S. will continue to face a significant set of challenges. The Trump administration will need to keep pace with terrorist abilities to adapt to U.S. countermeasures while maintaining a high operational tempo punctuated by aggressive CT strikes. Continued reliance on unmanned aerial systems, SOF and small-footprint operations can be expected. One major question is whether Trump, who has been critical of Obama's handling of IS, will change the role of SOF in Iraq and Syria from “advise and assist” to full-fledged combat operations. Another open question is whether or not Washington will favour more intense aerial bombardment of urban population centres to raze areas ahead of the advance of coalition ground forces.

Colin P. Clarke is a political scientist with the RAND Corporation and Associate Fellow at the International Centre for Counter-Terrorism, The Hague.

This commentary originally appeared in The Strategist on April 4, 2017. Commentary gives RAND researchers a platform to convey insights based on their professional expertise and often on their peer-reviewed research and analysis.