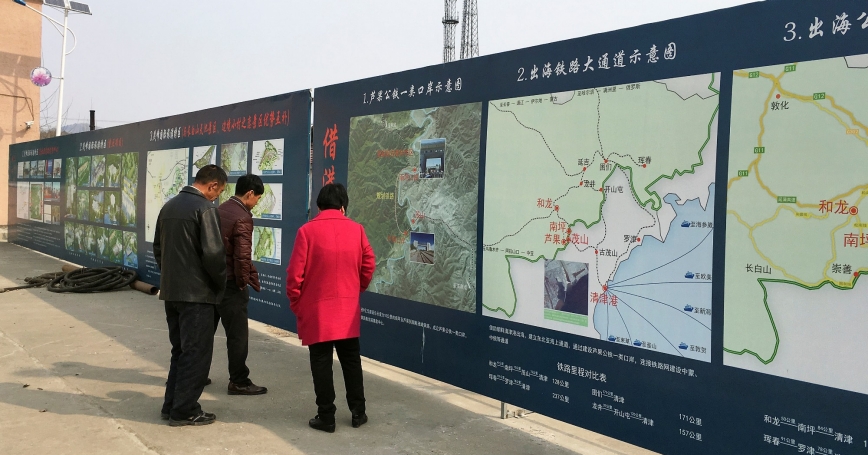 Official statements and public discussions on China's willingness to punish or otherwise influence North Korean leader Kim Jong-un in a direction favorable to U.S. interests have been markedly optimistic in recent days. In an interview April 19, Vice President Mike Pence said “China is taking unprecedented steps to economically isolate North Korea.” Esteemed China observer John Pomfret of the Washington Post believes that Beijing is in the process of reconsidering its position on North Korea, in large part driven by Trump administration statements and actions.

At least on the surface, it appears that Chinese President Xi Jinping is giving President Donald Trump something to work with. In February, Beijing stated that it would no longer accept coal imports from Pyongyang and, most importantly, it followed through by rejecting coal deliveries by North Korean ships this month. Following the Trump-Xi summit at Mar-a-Lago and North Korea's latest failed missile test, National Security Adviser H.R. McMaster stated in April that there was “an international consensus, including the Chinese and the Chinese leadership, that this is a situation that just can't continue.”

While encouraging, these Chinese moves are probably motivated more by Xi's desire to project goodwill with the new administration than to help resolve the North Korea problem. Unfortunately, Beijing has shown time and again that its strategic interests in ensuring a stable North Korea along its border override its desire to cooperate with Washington and other members of the six-party talks to denuclearize the peninsula. This means that the Chinese leadership intends to prop up the regime to prevent an influx of North Korean refugees over its shared border and to retain a buffer zone between itself and a potential future unified Korean military force aligned with the U.S. and Japan.

Indeed, China's past behavior is indicative of an approach designed to maintain the status quo. After Pyongyang's third nuclear test in February 2013, for instance, Beijing implemented a range of measures, including new trade sanctions and reductions in energy supplies to the North, but nevertheless decided to continue routine diplomatic and economic relations. Following North Korea's fifth nuclear test in March 2016, Beijing attempted to retain the “livelihood” loophole to ensure that the United Nations Security Council sanctions were focused only on eliminating funding for the nuclear program instead of threatening regime stability. This meant that Beijing could continue to receive North Korean coal—not an insignificant development, since coal makes up 40 percent of the regime's exports. Whether Beijing decides to uphold its recent suspension of coal imports will therefore be a key indicator in deciphering whether it plans to put heavy pressure on the North.

China has signaled that it would rather engage and support than punish North Korea.

More recently, China has signaled that it would rather engage and support than punish North Korea. Beijing revealed in April, for instance, that despite its decision to suspend North Korean coal imports, their bilateral trade relationship grew by 37.4 percent in the first quarter of this year compared to 2016, with surges in both imports and exports. Additionally, for years, Chinese front companies and banks have been assisting Pyongyang to evade the scrutiny of international sanctions, enabling the regime to acquire the financing to purchase critical technologies for its nuclear program. It has only become more difficult to assess Beijing's role in such networks since, according to former State Department senior counterproliferation official Vann Van Diepen, who said, “China hasn't devoted the priority, effort, or resources to thwart this.”

To be sure, China is becoming increasingly frustrated with Kim, whether as the result of nuclear or missile tests, or other provocations such as Kim's likely authorization of the assassination in Malaysia of his elder brother, Kim Jong Nam, who had lived under Chinese protection for over a decade. In this context, it was all the more significant that the semi-official mouthpiece of the Chinese People's Liberation Army, Global Times, published an op-ed in April underscoring Beijing's opposition to Kim's “hostile regime” and outlining, in the most detail to date, how China would seek to stabilize its border were the regime to fall—in effect implying to Kim that Beijing does not necessarily view the existence of his regime as indispensable to stability. Beijing's decision to suspend coal imports from the North occurred right afterward, which might not have been a coincidence.

Regardless, China's continued support and protection of the North should significantly temper U.S. policymaker expectations of Beijing's willingness to go much further. Trump's tweet—“I have great confidence that China will properly deal with North Korea. If they are unable to do so, the U.S., with its allies, will! U.S.A.”—probably strikes the right tone, which is to say that Washington should hope that China wields its leverage, but also be prepared with a Plan B if it does not. Pressure on Beijing of this sort can be productive and healthy for U.S.-China relations, so long as it is accompanied by transparency on both sides. Without it, the chances of misperception and thus miscalculation only rise, with enormous implications for regional security and stability.

Policymakers should also be skeptical that a “grand bargain” to resolve the North Korean issue could be reached by offering better trade relations with Beijing. If it were possible, which is doubtful, the Chinese would look beyond trade to sensitive geopolitical issues. Beijing would certainly negotiate hard to get Washington to withdraw its recently deployed Theater High Altitude Air Defense to South Korea, and might seek U.S. acceptance of its claims in the South China Sea and resolution of Taiwan's political future as well. Instead, the Trump administration probably has a better chance of influencing Chinese behavior by worrying Beijing that not cooperating will yield a worse North Korean future than cooperation.

Derek Grossman is a senior defense analyst at the RAND Corporation. He formerly served at the Defense Intelligence Agency as the daily intelligence briefer to the Assistant Secretary of Defense for Asian and Pacific Security Affairs at the Pentagon. The views expressed in this article are those of the author and do not reflect the official policy or position of the Defense Intelligence Agency, Department of Defense, or the U.S. government.

This commentary originally appeared on The Cipher Brief on April 23, 2017. Commentary gives RAND researchers a platform to convey insights based on their professional expertise and often on their peer-reviewed research and analysis.