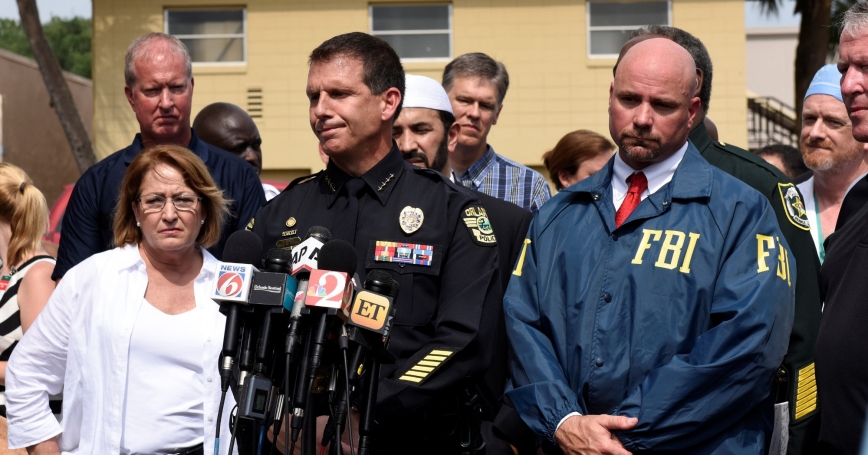 This is part one of “The Counterterrorism Yearbook 2017: The United States” published in the Australian Strategic Policy Institute's The Strategist. Read part two »

Much of the focus on domestic terrorism in the US in early 2016 was devoted to an incident that took place in late 2015, when Syed Rizwan Farook and Tashfeen Malik killed 14 people in San Bernardino, California. The subsequent FBI investigation concluded that the married couple were home grown violent extremists inspired by foreign terrorist groups after it found that Malik had posted a pledge of allegiance on Facebook to Abu Bakr al-Baghdadi, the leader of IS.

The shooting prompted further introspection in the US on how government agencies tasked with CT can work effectively to prevent the radicalisation of American citizens and led many to question if the FBI could do more to keep Americans safe. For example, at a hearing in June 2016, Senator Ron Johnson (Republican, Wisconsin) and Senator Chuck Grassley (Republican, Iowa) released statements about the Department of Homeland Security (DHS) Office of Inspector General investigation that discovered a lack of cooperation between DHS entities in the wake of the San Bernardino attacks.

In June 2016, Omar Mateen, an American citizen of Afghan descent, murdered 49 people at a gay nightclub in Orlando, Florida, in the worst terrorist attack on American soil since 9/11. Like the San Bernardino attackers, Mateen had pledged an allegiance to IS. Also reminiscent of San Bernardino, the attack saw concerns raised about intelligence sharing. Local police in Florida said that the FBI should have shared more information with them about Mateen, whom the Bureau had interviewed three times in 2013 and 2014, in relation to possible terrorist affiliations.

In September, a stabbing spree at a shopping mall in Minnesota and a series of bomb attacks in New York and New Jersey were linked to Salafi-jihadist ideology. Once again, many people were highly critical of the FBI following these bombing attacks, labelling them an intelligence failure. Before launching his attack in September 2016, Rahami had been investigated by the Bureau, was reported by his own father as a terrorist and had purchased bomb-making materials.

Domestically, the US is still struggling to find an effective way to counter violent extremism and counteract the presence of terrorist groups on social media. In early 2016, a pilot federal program to combat extremist recruitment in Boston, Los Angeles and Minneapolis was criticised for “getting off to a slow start;” some labelled the process “frustrating,” and funding had still not been received months after the program was scheduled to commence. In 2016, the FBI launched “shared responsibility committees,” which sought to enlist mental health professionals, religious leaders, teachers, local law enforcers and social workers to help develop strategies to counter violent extremism.

The State Department's counter-messaging team has had rapid leadership turnover and fumbled its way through myriad strategies in an effort to discern the most effective way to counter IS and similar groups online. A recent study led by Elizabeth Bodine-Baron found that, while IS opponents generally outnumber IS supporters by a ratio of six to one on Twitter, IS supporters out-tweet opponents, producing 50% more tweets per day.

Despite these negative critiques of US domestic CT policy, there have been notable successes. The FBI reported that in 2016 that it disrupted several plots targeting US military or law enforcement personnel. As at 30 November 2016, 111 individuals had been charged in the US with offences related to IS since the first arrests took place in March 2014. Furthermore, the FBI has confirmed there are active IS-related investigations in all 50 states; a total of 26 states have formally laid charges against suspects. Sixty people have pleaded guilty to charges and the average sentence to date has been just short of 13 years. The vast majority of those arrested are US citizens or permanent residents, and approximately 60% were arrested in operations involving informants, undercover agents, or both.

Even the success of defeating IS on the battlefield is leading to second and third order effects with negative consequences. The FBI Director, James Comey has warned of a “terrorist diaspora,” which could be triggered if and when large numbers foreign fighters leave the Middle East and return to the West. Another possible endgame for IS could involve its members going underground and working to establish a revitalised global insurgency.

As the Trump administration settles into governing, the threat posed by transnational terrorism remains potent and has perhaps been exacerbated by Trump's efforts at banning Muslims from entering the US. Al-Shabaab, al-Qaeda's affiliate in Somalia, has already used videos of Trump's campaign speeches to recruit new members.

Since the election, IS has voiced a favourable opinion of Trump's victory, asserting that his ascension to power will help the militants recruit new members who want to defend Islam from what they perceive as a continued Western offensive. In an interview with Reuters an IS commander in Afghanistan, Abu Omar Khorasani, stated, “This guy is a complete maniac. His utter hate toward Muslims will make our job much easier because we can recruit thousands.”

US CT policy will continue to evolve in response to the terror threat, which will remain heavily concentrated its international efforts to limit the threat of terrorism to the US homeland. The key challenge for US policy makers is orchestrating a military defeat of IS in the Middle East whilst effectively mitigating against the risk of blowback domestically in the US at the same time.

Colin P. Clarke is a political scientist with the RAND Corporation and Associate Fellow at the International Centre for Counter-Terrorism at The Hague.

This commentary originally appeared in The Strategist on April 3, 2017. Commentary gives RAND researchers a platform to convey insights based on their professional expertise and often on their peer-reviewed research and analysis.