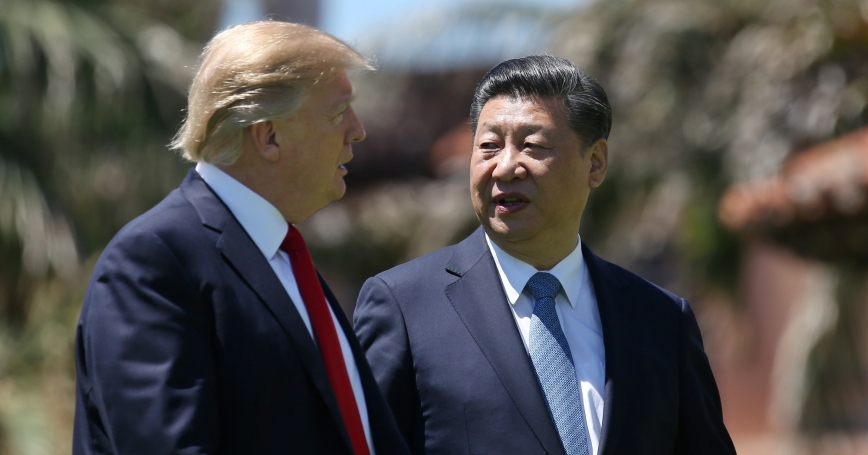 In their first summit, Trump and China's President Xi Jinping needed to demonstrate their leadership and authority to their respective publics. President Trump needed to show he was in charge and restore momentum after a major legislative defeat over health care reform.

A validation of President Xi's ability to manage relations with the U.S. would have provided a valuable boost to his political authority in the lead-up to this year's 19th Party Congress.

Low expectations obscured the two leaders' most important task: to establish a working relationship. A still fragile global economic recovery depends on the health of the U.S.-China economic relationship. And although Trump has dropped climate change as a priority, progress on other intractable global issues will depend, in part, on the ability of the two great powers to work together.

Both leaders may be satisfied with the outcome of the summit on these points. The high-stakes meeting took place without gaffes, and both sides established a foundation for future cooperation. However, developments at the summit portend greater strain in the bilateral relationship.

During the Mar-a-Lago summit, President Trump showed a willingness to add high-pressure tactics to his calls for Chinese help with North Korea. Ever intransigent and defiant, North Korea has progressed steadily towards the creation of nuclear weapons that could potentially reach the United States. Hoping to head off that dangerous possibility, the Trump administration has nonetheless found its options limited, as have previous administrations. Despite President Trump's pledge to “solve” North Korea with or without China, Washington recognizes that collaboration with Beijing still offers the best hope of changing Pyongyang's behavior.

China could impose severe hardship by curbing desperately needed food and fuel but has so far shied from so drastic an option, for fear of destabilizing North Korea. The Trump administration's timing of missile strikes against the regime of Syrian President Bashar Assad during the summit could signal U.S. willingness to carry out more risky and dangerous options if China refuses to pressure Pyongyang. Beijing could be alarmed at the apparent readiness of U.S. leaders to carry out violent and risky options unilaterally.

Applied to other issue areas, the timing of the missile strike could point to difficulties in cooperation with China. Candidate Trump made trade a centerpiece of his campaign, and as president he has shown keen interest in finding ways to redress a yawning trade deficit and support an ailing manufacturing sector. As expected, the summit produced little beyond an acknowledgment by both leaders of the significance of the issue and a general pledge to step up cooperation. However, too slow and inadequate a follow-up by Beijing could prompt President Trump to seek ways to wring concessions from Beijing. If so, President Trump might build on a precedent first established when he embarrassed Beijing by accepting a phone call from Taiwan and publicly questioned the One China Policy before reverting to standard U.S. policy. Beijing has so far responded to such actions with restraint, but if it concludes that this is Washington's modus operandi, it might respond in kind. If this were to happen, U.S.-Chinese relations could head into a chilling era of coerced cooperation.

Increased tensions on issues of shared concern will make the management of divergent issues even more difficult. Although the summit aimed to cultivate an aura of cooperation, the reality of increasing disagreement and competition lurks beneath the surface of the U.S.-China relationship. The inaugural meeting downplayed highly contentious issues, includng Taiwan, the South China Sea, East China Sea, and others. But the differences run deep, and frustration is palpable on both sides.

Moreover, the competition for international leadership continues apace. Washington may be consumed by domestic concerns, but progress on many of the same issues will depend, in part, on the country's ability to advance its interests globally. Beijing appears to be positioning itself for such a contest. President Xi has exploited the vacuum left by President Trump's disinterest in global issues to tout his country as an advocate for globalized trade and international leadership. Underscoring this point, China recently announced that it will hold an international meeting on the One Belt One Road infrastructure and trade initiative. As expected, President Trump made no move to join the Chinese-initiated Asian Infrastructure Investment Bank.

Even in the best case, broad strategic trends suggested that the U.S.-China relationship was bound to grow more fragile. The hopeful optimism that suffused the Obama-Xi Sunnylands Summit a mere four years ago reflected the fading hope that with proper incentives, China could be enlisted as a cooperative partner in upholding a “rules-based order” under which China had benefited so greatly.

Feuding between China and the U.S. that extends beyond issues to the rules and norms governing international relations could lead to instability.

President Trump's election may have confirmed the declining utility of that approach, but the glimpses offered so far suggest its replacement could be more transactional but also more contentious and volatile. Feuding between China and the U.S. that extends beyond individual issues to the rules and norms governing international relations could lead to instability. Finding new ways to institutionalize and mediate disagreement could be critical to ensuring the stability and success of the bilateral relationship. Ironically, although Americans may prefer to look inwardly, the maintenance of global peace and prosperity may well depend on the U.S. redoubling its commitment to international engagement and innovative statesmanship.

Timothy Heath is a senior international defense research analyst at the RAND Corporation and member of the Pardee RAND Graduate School faculty. Prior to joining RAND in October 2014, he served as the senior analyst for the USPACOM China Strategic Focus Group for five years. He worked for more than 16 years on the strategic, operational, and tactical levels in the U.S. military and government, specializing on China, Asia, and security topics.

This commentary originally appeared on The Cipher Brief on April 11, 2017. Commentary gives RAND researchers a platform to convey insights based on their professional expertise and often on their peer-reviewed research and analysis.