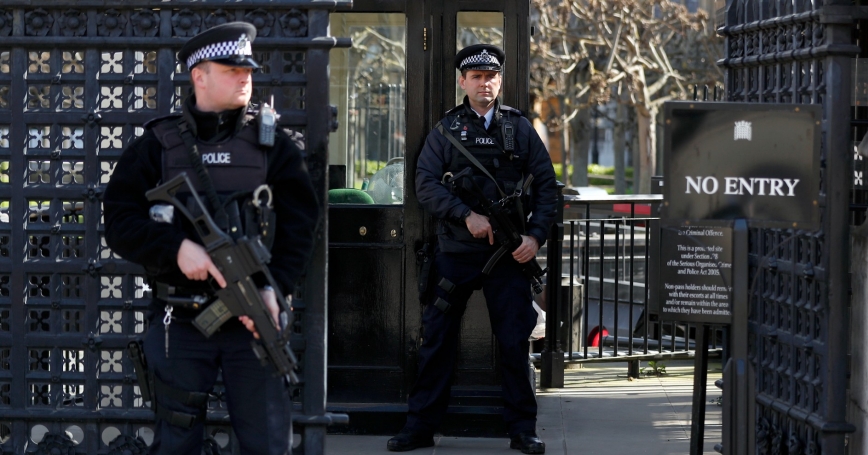 Armed police officers stand at the Carriage Gates entrance to the Houses of Parliament, following the attack in Westminster earlier in the week, in London, Britain

Recently, the world was exposed to the effects of terrorism through two very different events that prompted varied reactions from governments and the public based largely on the perception of risk. These differing reactions provide insights into the need for tailored approaches to terrorism and for enhanced communication.

The first development was the announced electronics ban targeting direct flights to the United States from some airports in the Middle East and North Africa, which drew skepticism from some travelers who felt governments were going too far in seeking to counter the threat posed by explosives disguised as electronics. The second was the terrorist attack outside Parliament in London, which left five dead including the attacker. The London attack was met with outrage and calls for increased vigilance and greater law enforcement presence.

So does the public want fewer government initiatives aimed at fighting terrorism, or more? The answer could lie in individual perceptions of risk and how much inconvenience people are willing to accept in the name of public safety. The type of attack involved could also play a role in influencing public reaction.

Terrorist interest in using explosives to target aircraft goes back decades. Over the past 15 years, this interest has grown. In contrast, the tactics employed in the London attack are seen as part of a new and growing trend towards vehicle terrorism. Over the past year terrorists have used motor vehicles as weapons, with deadly results in Nice, Berlin, Ohio, Jerusalem, Quebec and now London.

This commentary originally appeared on The National Interest on April 6, 2017. Commentary gives RAND researchers a platform to convey insights based on their professional expertise and often on their peer-reviewed research and analysis.