Why the Syria Chemical Attack Is a Big Problem for Putin 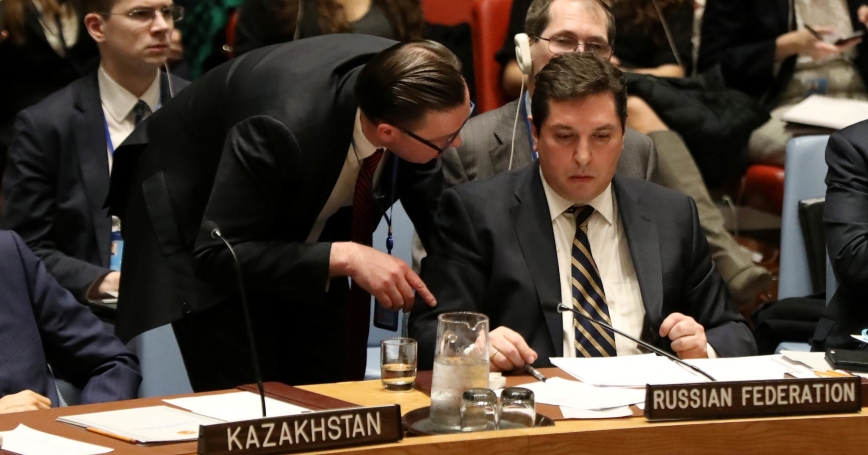 The use of chemical weapons in Syria this week—reportedly by the regime of Bashar Assad—is an affront to humankind. Over the course of the war in Syria, thousands have been killed by these weapons, mostly unarmed civilians.

The White House blamed this latest attack, which killed dozens of people in the northern Idlib province, on the Assad regime. Russia, meanwhile, said the chemicals were released when Syrian air strikes hit a rebel chemical weapons production facility. Russia's defense of the regime could embolden Assad and further strain already frayed relations between Washington and Moscow.

Redlines against the use of chemical weapons were drawn and crossed during the Obama administration. In his statement on Tuesday's attacks, President Trump remained critical of the Obama administration's handling of Syria, and said the attacks “cannot be ignored by the civilized world.” The White House has not yet said how it might respond.

Previously, the administration said it was not pursuing a strategy to oust Assad. Prior to the chemical attack, Trump's Secretary of State Rex Tillerson suggested that the regime's “longer-term status would be decided by the Syrian people.” That may no longer be the plan, especially if the U.S. decides to challenge Moscow and take unilateral action in Syria.

Global outrage should be harnessed, and focussed on nations—like Russia and Iran—that back the Assad regime. In particular, international condemnation should be applied to convince Russia to simultaneously renounce its support for the Assad regime and push for an immediate transition of power.

In the short term, Russia could be prodded to use its influence to persuade Assad to refrain from the further use of chemical weapons. At the very least, it should be made clear to Moscow that continuing to deny the Assad regime's responsibility for the attack will be counterproductive and dim hopes of warming relations with the U.S. and the West.

At the same time, the international community should acknowledge that options for influencing Assad are limited. He has demonstrated a callous disregard for the Syrian people and international law. Yet, the world cannot simply watch while the human tragedy continues to unfold and thresholds against the use of chemical weapons continue to be dramatically lowered.

The international community through the United Nations could develop a path forward. Legal mechanisms such as U.N. Security Council Resolution 1540 on weapons of mass destruction and the Chemical Weapons Convention provide the authorities. It could be made clear that the use of force, whether through a no-fly zone or the use of ground forces, could be on the table.

Another effort to account for Syria's chemical stocks could be undertaken. In 2014, a global effort to evacuate and neutralize Syria's chemical munitions stocks was completed. The first step could be to determine if stocks remain, what chemicals are being held and the amounts of each.

The International Criminal Court also could indict Assad under its authority to prosecute “perpetrators of the most serious crimes committed in their territories or by their nationals.” The actions of the Assad regime clearly fall into this category.

More broadly, the norms against the use of chemical weapons have become “leaky” over the past decade. Chemical weapons and toxic industrial chemicals are being used more frequently and overtly. While it is tempting to look at Syria and conclude that such actions cannot occur in other parts of the world, such conclusions would be ill-advised.

The growing use of chemicals and toxins as tools of assassination and terrorism are troubling trends. The recent assassination of Kim Jong-nam in Malaysia reportedly with a binary VX nerve agent, numerous Russian dissidents who have mysteriously died, and the poisoning of former Ukrainian President Yushchenko with dioxin provide ample evidence of this trend. Terrorists' demonstrated willingness and capacity to develop and use chemical weapons highlights another significant issue of concern.

Global expressions of outrage over this latest attack in Syria could weaken Assad's international support. Russia should listen and abandon its support for the regime while joining the international chorus of denunciation.

This commentary originally appeared on Fortune on April 6, 2017. Commentary gives RAND researchers a platform to convey insights based on their professional expertise and often on their peer-reviewed research and analysis.