Correspondence: Stability or Volatility Across the Taiwan Strait? 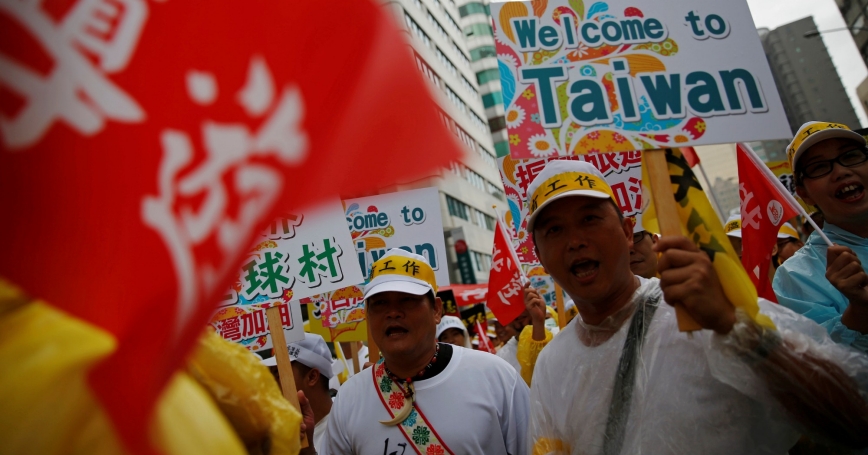 People in the Taiwanese tourism industry take part in a march calling for the government to tackle the falling number of Chinese tourists visiting the island since Tsai Ing-wen took office, in Taipei, September 12, 2016

In his article “Is the Taiwan Strait Still a Flash Point? Rethinking the Prospects for Armed Conflict between China and Taiwan,” Scott Kastner concludes that “although the relationship will continue to be characterized by periodic tensions, the risk of armed conflict has been declining and is likely to continue to decline in the years ahead.” Indeed, the chances for armed conflict between China and Taiwan have been decreasing since Ma Ying-jeou became president of Taiwan in 2008 and began to prioritize cross-strait engagement and integration. However, by focusing on the accomplishments of the Ma administration without assessing what is probable under Taiwan's current pro-independence Democratic Progressive Party (DPP) president, Tsai Ing-wen, Kastner gives readers a false impression of the coming cross-strait dynamic. Rather than “periodic tensions,” we are far more likely to see prolonged tensions—even possibly amounting to a cross-strait cold peace—if Chinese President Xi Jinping and President Tsai cannot reach basic agreement on Taiwan's sovereignty.

The most important question regarding cross-strait relations is whether Xi and Tsai can find common ground on the “1992 Consensus,” an agreement between China and Taiwan on the “one China” principle that Beijing states is a precondition for peace and cooperation. Although Ma agreed to the 1992 Consensus, he suggested that Taipei's interpretation is different from Beijing's. Chinese leaders lived with this difference in interpretation because they generally trusted Ma's intentions. Tsai is another story altogether. She rejected outright the 1992 Consensus the last time she ran for president in 2012. Chinese leaders believe that Tsai was behind former DPP President Chen Shui-bian's decision to reject the 1992 Consensus. And in the late 1990s, she served as senior adviser to former President Lee Teng-hui and helped craft his “special state-to-state” formulation of cross-strait relations. Beijing has routinely labeled Tsai a “splittist” and “true believer” in Taiwan independence.

Tsai has attempted to mend fences with Beijing. Shortly after her election victory in January 2016, for example, Tsai gave an interview in which she referred to the “existing political foundation” that contains the “historical fact” of the process resulting in the 1992 Consensus.[1] In March, however, Xi mandated that Taiwan recognize “the core connotation of the 1992 Consensus,” implying that verbal circumlocution would not suffice. Indeed, analysts have wondered if Xi has set the rhetorical bar even higher for Tsai—that is, she must explicitly accept that “one China” includes both mainland China and Taiwan without differing interpretations. Tsai's inauguration speech in May 2016 excluded the one-China principle entirely, though she reiterated that the talks in 1992 were a historical fact. Beijing responded that Tsai's speech was “an incomplete test answer.”

Lack of agreement on the 1992 Consensus will hover over the strait and color all manner of interaction between China and Taiwan. In fact, we are already beginning to see its effects. After eight years of a tacit agreement not to recognize countries that decide to switch diplomatic recognition from Taipei to Beijing, China decided in March 2016 to recognize the Islamic Republic of The Gambia. To be sure, The Gambia had announced in 2013 its intent to switch recognition, but under the agreement, Beijing refused to accept. Now, however, Beijing wants to pressure Tsai by taking things away, in this case limiting Taiwan's already severely constrained international space. Beijing seems prepared to pressure Tsai even further. China canceled government and quasigovernment talks with Taiwan as well as negotiations on a large merchandise agreement. China could also look to curb direct flights and tourism exchanges, the latter of which already appears to be occurring.

Even in the most optimistic scenario featuring accommodation on the 1992 Consensus, cross-strait relations will likely progress far more cautiously than was the case under Ma. Tsai has pledged to diversify Taiwan's economy away from dependence on China, implying that economic integration efforts—a key pillar of Kastner's argument for stability—are likely to cool significantly. Legislative elections in January 2016 have also given Tsai's DPP a majority, and in April her party introduced a “Cross-Strait Agreement Oversight Bill.” This bill would allow legislators to intervene at any time in cross-strait agreements—an unprecedented exercise of power certain to hamstring integration, and perhaps promote further estrangement, in the future.

Derek Grossman, “Stability of Volatility Across the Taiwan Straight?,” International Security, 41:2, pp. 192–195. © 2016 by the President and Fellows of Harvard College and the Massachusetts Institute of Technology, published by the MIT Press. http://www.mitpressjournals.org/loi/isec

This commentary originally appeared in International Security on November 10, 2016. Commentary gives RAND researchers a platform to convey insights based on their professional expertise and often on their peer-reviewed research and analysis.