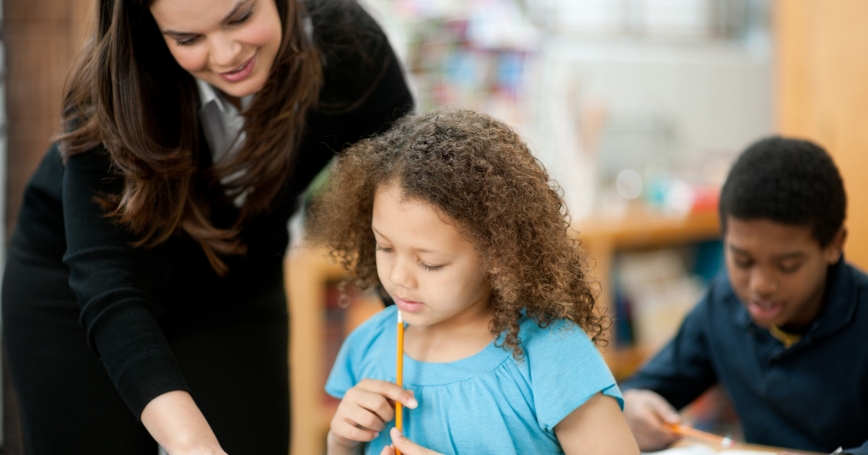 When the Department of Education issued a comprehensive report card on School Improvement Grants, a program designed to turn around low-performing schools, few found any cause for optimism.

Test scores, graduation rates and college enrollment remained unacceptably low despite the Obama administration's $3.5 billion investment in troubled schools. The failure of the program looked like another dead end on a road paved with good intentions.

Released in the final hours of the Obama presidency, the study School Improvement Grants: Implementation and Effectiveness landed at a critical juncture in education reform. The Every Student Succeeds Act (ESSA) — a sweeping revision of the law defining the federal government's role in school improvement — takes effect this fall, returning significant power to states and local districts to set goals and prescribe strategies to lift achievement.

As they move to finalize their plans under the new law, they can learn from the shortcomings of School Improvement Grants (SIG). Here are a few critical lessons that can guide their work.

It is important to note that struggling schools can be turned around. As a number of experts have pointed out, persistently low-performing schools can improve dramatically in a short period of time.

Even some SIG schools made significant progress, as the recent study led by the respected Mathematica Policy Research organization found.

One reason is that the first three groups of SIG schools had no planning time. The Department of Education recognized the problem and changed the requirements in 2014 to allow a planning year, but that was too late for the first 1,400 SIG schools. Organizational reform requires planning.

Another flaw was that the improvement models required under SIG did not consistently build upon proven practice. For example, replacing teachers and principals in the “turnaround model” is sometimes viewed as promising, but research (PDF) does not show that it leads to better outcomes than training existing staff.

Moreover, as others have noted, the SIG models have not been proven to work across different types of schools, such as rural schools.

The study also found that few schools achieved full implementation. Both theory and research support the premise that improving education requires systemic rather than piecemeal change. The SIG reform models shared an emphasis on intensive, systemic improvement, which should have led to greater impact.

However, as the Mathematica study showed, SIG schools did not implement the full suite of required practices. Operational flexibility, a component of the “transformation model,” is appealing and may well be effective, but prior research (PDF) shows mixed results. Furthermore, several decades of research on comprehensive school improvement have shown that schools and districts choose to make only minimal changes when that option is available.

What does it take for schools to improve? One option that is drawing attention from policymakers is to allow the market to develop alternatives, primarily through charter schools and vouchers that support school choice.

Popularity is not a good indicator of effectiveness.

Though popular, these approaches have had inconsistent results (PDF) when it comes to educational outcomes. Indeed, decades of education research have demonstrated that popularity is not a good indicator of effectiveness.

Remember the Scared Straight drug prevention program? Although shown to be ineffective (PDF), even harmful, it is still widely used.

Another option is to build on what was learned through SIG: to provide planning time in addition to funding, insist on research-based practices and press for full implementation of systemic reforms before attempting to evaluate success.

Luckily, ESSA grants states and districts substantially greater freedom than under the previous law to shape their school improvement strategies. For example, school improvement grants under ESSA Title I can run for four years and include a planning year, unlike the original SIG grants.

Like prior legislation, ESSA also strongly emphasizes selecting “evidence-based” approaches and does not require use of specific, unproven approaches.

Together these two priorities — allowing more flexibility to select the best approach and emphasizing strategies that work — can encourage reforms with a strong chance of success.

By ensuring that they follow the lessons of SIG, schools can make wise investments to improve education and outcomes for students.

Rebecca Herman is a senior policy researcher and distinguished chair in education policy at the nonprofit, nonpartisan RAND Corporation.

This commentary originally appeared on The Hill on May 9, 2017. Commentary gives RAND researchers a platform to convey insights based on their professional expertise and often on their peer-reviewed research and analysis.