How Would the House Health Care Plan Affect People with Pre-Existing Conditions? 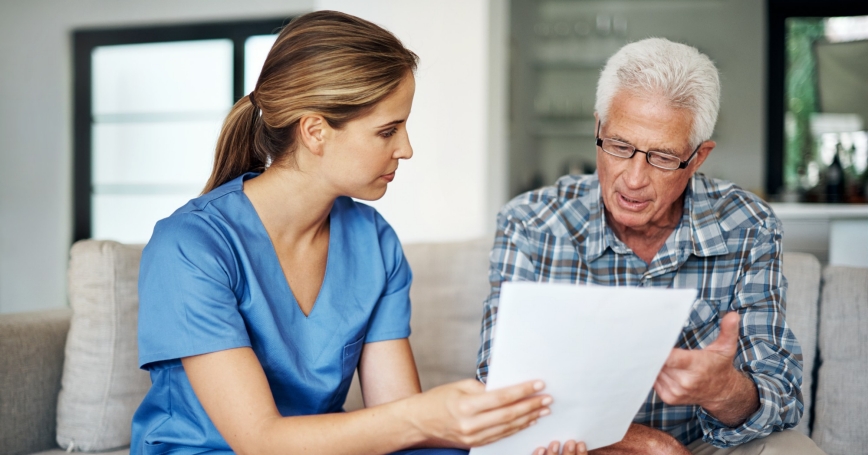 When the House passed the American Health Care Act in early May, there were swift outcries in town hall meetings and on social media. Much of the vitriol focused on the bill's provision allowing states to waive certain protections for people with pre-existing conditions, or medical conditions identified prior to obtaining insurance. Yet, some lawmakers argue that the bill will have no adverse effects on enrollees.

Conflicting headlines prompted me — a relative expert on the subject — to read the bill carefully to better understand how it could affect people with pre-existing conditions — and what protections remain in place.

How will the House's health care bill affect those with pre-existing conditions?

Under the bill, individuals with pre-existing conditions cannot be denied coverage or charged higher premiums on the basis of their health status, as long as they remain continuously enrolled in insurance. However, key protections can be waived for individuals who have a coverage lapse.

By default, the bill would require individual and small-group insurers to impose a 30 percent surcharge on any enrollee who had a coverage lapse of 63 days or more. These surcharges would apply regardless of the enrollee's health status. In lieu of the surcharges, states could request a waiver that would allow insurers to rate premiums based on health status for individuals who had a coverage lapse. Because the bill does not limit the magnitude of these rate increases, insurance could become unaffordable for affected individuals. Both the 30 percent surcharges under the default option and the health status premium increases under the waiver would apply for one year.

Why does the House bill allow higher premiums for those with a coverage lapse?

Like the Affordable Care Act, the House bill would require insurers to offer coverage to everyone. People could then wait to enroll until they needed care, leading insurance enrollees to be disproportionately sick and expensive. Ultimately, this dynamic could increase premiums and threaten the stability of the insurance market.

The Affordable Care Act addressed this issue by mandating insurance coverage and imposing penalties on people who remained uninsured. The House's American Health Care Act, however, would eliminate these penalties and use surcharges and premium increases to incentivize enrollment.

If enrollees face higher premiums only if coverage lapses, why is there concern about the bill's effect on those with pre-existing conditions?

Tax credits proposed under the House bill are less generous than the Affordable Care Act's tax credits for certain groups, including older people, those with lower incomes and those in high-cost geographic areas. Smaller tax credits could make coverage less affordable, increasing the chance of experiencing a coverage lapse, which can occur for many reasons including job loss. In 2013, nearly a third of those under age 65 experienced a coverage lapse of one month or longer.

Matthew Fiedler, an economist at the Brookings Institution, also observes that the bill would not prevent insurers operating under a state waiver from offering lower premiums to healthy people who have a coverage lapse. This could enable healthy people to get reduced premiums by refusing to show proof of continuous coverage, resulting in de facto premium differences between healthy and sick enrollees regardless of other protections.

What other aspects of the bill affect people with pre-existing conditions?

The House bill would eliminate requirements that insurers offer a range of health plans, and that set a floor on the share of expenses that must be covered. Eliminating these requirements could lead to higher deductibles, particularly in the individual market (the market for nonemployer health plans).

Additionally, the bill would allow states to waive the requirement that individual and small group insurers offer coverage for 10 "essential health benefits," such as outpatient care, maternity care and hospitalization. Under a waiver, states could either eliminate or more narrowly define one or more of these benefits. If the benefit were eliminated, there would be no guarantee that consumers could obtain coverage for the excluded service at any price. Spending on excluded services would not count towards an enrollee's out-of-pocket spending maximum, and insurers could cap payments for these services on an annual or lifetime basis. The changes to lifetime limits and annual out-of-pocket maximums could affect all plans, including large employer plans.

If states are granted a waiver for one or more of the essential health benefits, what services might be eliminated?

Prior to the Affordable Care Act, many individual market enrollees lacked coverage for maternity services, mental health and substance abuse treatment and prescription drugs. These services could be susceptible to elimination under a state waiver, along with habilitative care (health care services focused on skills for daily living) and pediatric oral and vision care.

Does the American Health Care Act do anything to protect people with pre-existing conditions from higher premiums and coverage loss?

The bill would provide states with $138 billion (over nine years) in flexible funding to reduce premiums, stabilize insurance markets and reduce out-of-pocket costs for enrollees. States would have flexibility regarding how they use these funds, although a portion is set aside for a federal invisible risk-sharing program (PDF), sometimes called an invisible "high-risk pool," that would shift the cost of high-risk enrollees from insurers to the federal government. Another portion is reserved for those with pre-existing conditions who are adversely affected by a waiver (PDF).

What is the bottom line on pre-existing conditions?

While the American Health Care Act would guarantee that individuals with pre-existing conditions could enroll in insurance even if they had a coverage lapse, there is no guarantee that this coverage would be affordable — and coverage of some essential health benefits could be excluded.

Christine Eibner is the Paul O'Neill-Alcoa Chair in Policy Analysis at the nonprofit, nonpartisan RAND Corporation.