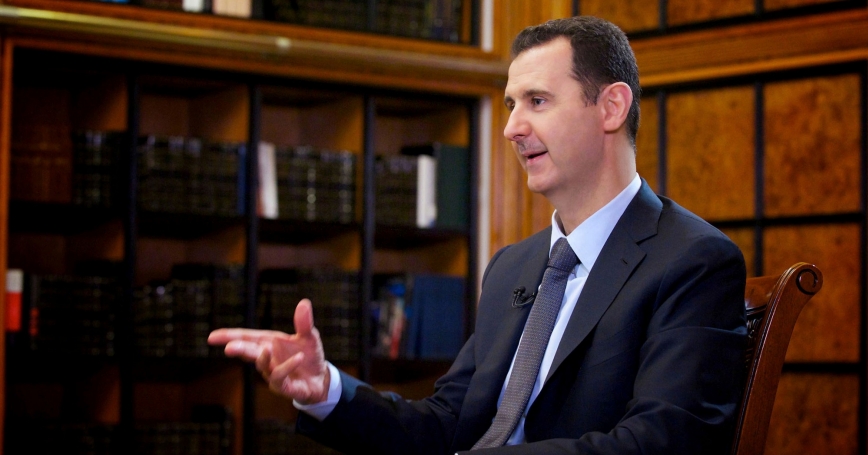 Last month the world watched in horror as innocent Syrian civilians were brutally attacked by chemical weapons. France recently joined the United States, Britain, Turkey and the Organisation for the Prohibition of Chemical Weapons in assigning blame for the April 5 attack to the Syrian government and President Bashar Assad.

In a sense, the French announcement comes as no surprise given the incontrovertible evidence uncovered by the other investigations. The chemical used was sarin — a powerful nerve agent. The chemical formulas match those of known Syrian stocks and the aircraft that conducted the attack came from a Syrian Air Force base. Hard to argue with such facts.

What has been a surprise is the tepid global response. Russia continues to defend the Assad regime, accusing Syrian opposition forces of staging the attack “to draw the United States into the nation's 6-year civil war.” With every statement from President Vladimir Putin or the Russian government, the indifference towards the Chemical Weapons Convention and rule of law becomes more evident.

After an initial salvo of cruise missiles by the United States on the airbase from which the chemical attacks were launched, follow-up actions have been modest and slow in coming. The Trump administration announced sanctions on 271 employees of the Syrian government agency responsible for producing the chemical weapons and ballistic missiles. The cruise missiles and sanctions are a start. However, a broader discussion of a strategy for Syria is needed to halt the further use of chemical weapons.

After an emergency meeting and an initial flurry of condemnations at the United Nations, no tangible action has occurred. Not surprisingly, Russia vetoed the UN resolution condemning the killings and calling on Syria to assist in the investigation. Meanwhile, the norms against the use of these horrific weapons continue to be threatened by the lack of broader action.

Perhaps most surprising has been the deafening silence on the issue by countries in the region. These countries are the ones most likely to be affected by the continuing violence and use of chemical weapons.

Rather than (more) righteous indignation or continued (unsuccessful) calls for Assad's ouster, countries in the region and supporting powers should do something to tighten border controls and those over precursor chemicals.

While options for influencing Assad are admittedly limited, some actions could be undertaken to deter future use of chemical weapons. First and foremost, regional leaders could continue to apply pressure on the Assad regime to drive home the message that the use of these weapons will not be tolerated.

Borders with Syria could be sealed to prevent any of the remaining stocks from leaving the country.

Borders with Syria could be sealed to prevent any of the remaining stocks from leaving the country. This would likely require a mix of military, law enforcement and border police to ensure that any illicit crossings are immediately halted. In the event that chemical weapons do breach the Syrian border, response forces should be prepared to stop suspect shipments, conduct searches of cargo and have appropriate protection to avoid becoming casualties themselves.

Despite global efforts to eliminate Syria's chemical munitions stocks in 2014, it has become clear they were not fully successful and that Syria as a new member of the Chemical Weapons Convention is in violation of the treaty.

To eliminate any remaining stocks of chemical weapons, a second international effort could be undertaken to account for all of Assad's stocks, transport the munitions to a safe location and destroy them.

On the disposition of Assad, regional leaders could make clear that the future of Syria does not include him. They could call for the International Criminal Court to indict Assad for war crimes. The Chemical Weapons Convention is not the only treaty countering weapons of mass destruction Assad has violated. Others include the nuclear non-proliferation treaty as Assad has failed to provide a full accounting of Syria's nuclear programme, the ballistic missile regime and the Biological Weapons Convention where concerns remain about past activities.

Over the past 15 years, the norms against the use of chemical weapons have continued to be threatened, with increasing state and non-state actor use. Most of these attacks have occurred in the Middle East. This trend cannot be allowed to continue. Nations in the region are in the bullseye and should act now to prevent further chemical attacks and put a halt to this abhorrent form of warfare.

Daniel M. Gerstein is a senior policy researcher at the RAND Corporation and an adjunct professor at American University. He was the undersecretary (acting) and deputy undersecretary in the Science and Technology Directorate of the Department of Homeland Security from 2011–14.

This commentary originally appeared on The Arab Weekly on May 7, 2017. Commentary gives RAND researchers a platform to convey insights based on their professional expertise and often on their peer-reviewed research and analysis.