Russia in Action, Short of War 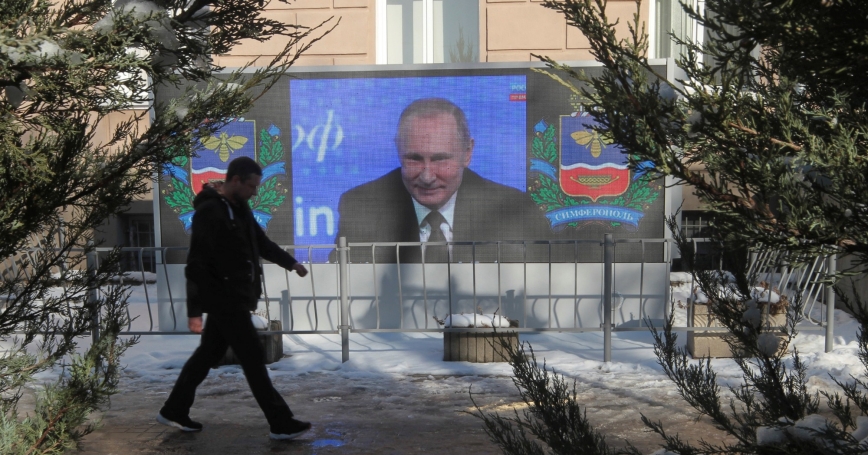 by Bruce McClintock and Andrew Radin

Western countries have struggled to define what many see as a new Russian strategy and way of war since Russia seized Crimea in 2014, staged various cyberattacks and reportedly tried to influence elections in the United States and Europe. In an attempt to characterize Russia's modern warfare strategy, Western observers have used many terms, including indirect action, hybrid warfare, grey zone conflicts, hostile measures of influence and 21st century warfare.

These terms, and the concepts they attempt to describe, are not always clearly defined, and there is great debate about whether they really reflect Russian thinking. Adding to the confusion: Valeriy Gerasimov, head of Russia's military, identified “hybrid” warfare in a recent speech as an American concept. Yet some Western analysts have said they developed the concept from his remarks and writing.

A more fruitful path than debating what to call Russia's approach is to look at what Russia has done, not only in the past few years, but throughout history.

A more fruitful path than debating what to call Russia's approach is to look at what Russia has done, not only in the past few years, but throughout history. Rather than employing some fundamentally new plan, Russia typically draws on longstanding means of political influence and tailors influence campaigns to heighten preexisting divisions and strengthen groups that pursue similar goals as Russia. Truly responding to Russia's hostile influence involves predicting which groups Russia will target, identifying the tools Russia is likely to adopt, then—like Russia—playing the long game rather than focusing on near-term events.

Russia (or the Soviet Union) has been employing “active measures” (using intelligence forces to shape outcomes abroad), propaganda and proxies since the late 1800s. In the last decade, Russia has added cyberwarfare and the manipulation of social media to its toolbox. Today, thanks in part to the effective coordination and more aggressive application of these newer techniques, Russia appears to have greater success with its measures short of war than other countries. This means that Western countries and organizations need to work more quickly and coordinate better to offset Russia's capabilities, aggressiveness and success.

The key lesson here is that Russia does not apply a one-size-fits-all approach and utilizes known vulnerabilities.

Russia creatively leverages these techniques in different ways throughout the world, and especially in Europe. In countries where Russia shares a political or cultural history, including Slavic-speaking countries in Europe, Russia can provide money or assistance to pro-Russian proxies that mirror Moscow's interests. Russia can also support groups that share some interests even if they are not explicitly friendly to Russia, such as far-right skeptics of the EU. Russia likely also restrains its use of measures short of war due to its desire to avoid conventional escalation. In Ukraine, which NATO is not explicitly committed to defend, Russia seized Crimea and is slowly tightening its grip on two rebel regions in Eastern Ukraine in response to apparent U.S. disinterest. In Montenegro, which is close to NATO membership, Russia reportedly only attempted a coup. The key lesson here is that Russia does not apply a one-size-fits-all approach and utilizes known vulnerabilities.

To defend against Russia's hostile measures, it is necessary to scrupulously assess individual national and regional vulnerabilities and to tailor a response to Russia's specific approach in each country, rather than applying a generic strategy to countering Russian influence. A recent RAND report provides an example of the needed assessment for Europe, noting for example that Russia probably cannot easily gain politically by cutting off natural gas but can more easily benefit through support for the far right. This kind of assessment will hopefully lead to greater understanding and consensus of Russia's intent among European countries, since European perceptions of the threat from Russia vary greatly across the continent. By working from focused and realistic assessments, Western countries can better adopt shared policies to reduce vulnerabilities.

The key takeaway for Western policymakers: Don't focus solely on what Russia is doing now, but also discern and attempt to counter Russia's longer-term approach.

Russian measures short of war do not necessarily seek an immediate impact. Rather, they are used to cultivate local support, proxies and resources, and to create a future opportunity that might be exploited later. One example of Russia's ability to build on prior means of influence occurred in Estonia in 2007. Russian propaganda and state-controlled nongovernmental organizations set the stage for local Russian-speakers to protest the Estonian decision to move a Soviet-era war memorial informally known as the Bronze Soldier from the center of Tallinn, the capital of the country. Russia reportedly fomented the crisis by encouraging anti-Estonian protesters and possibly encouraging cyberattacks to undermine the Estonian economy and government. Currently, Russia's strategy in Ukraine involves developing levers that can be used to strengthen the Kremlin's control over the separatist regions in the east on short notice. The key takeaway for Western policymakers: Don't focus solely on what Russia is doing now, but also discern and attempt to counter Russia's longer-term approach.

To respond to Russia's continuous, adaptive and aggressive measures short of war, Western leaders and analysts should avoid overthinking what to call Russia's strategy and focus on addressing the Russian actions. To support its partners in assessing and reducing their vulnerabilities, the United States has a wide range of tools available. These include strengthening partner state institutions, promoting democracy and aiding economic development. These tools can be seen as the United States' own “measures short of war,” and perhaps its best defense against Russia.

This commentary originally appeared on U.S. News & World Report on May 5, 2017. Commentary gives RAND researchers a platform to convey insights based on their professional expertise and often on their peer-reviewed research and analysis.