The Caliphate Is Crumbling: What Comes Next? 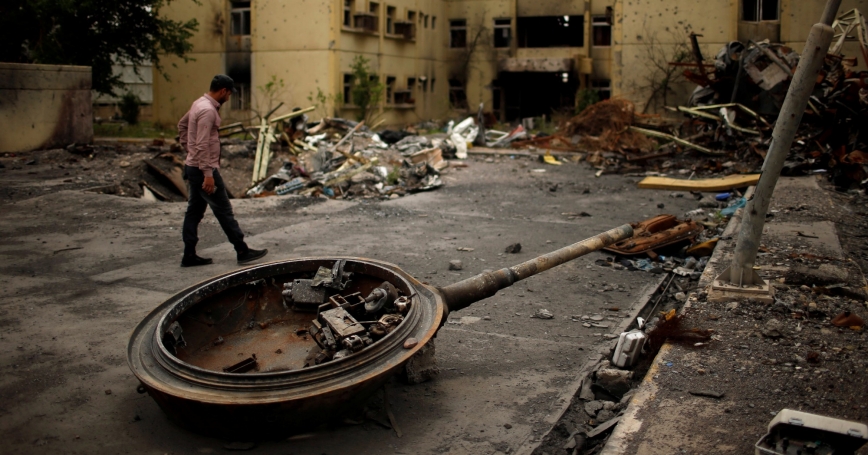 An Iraqi security guard walks inside Al-Salam hospital destroyed during the fighting between Iraqi forces and Islamic State militants east of Mosul, Iraq May 2, 2017.

The slow demise of the Islamic State of Iraq and the Levant's (ISIL) caliphate project since 2015 has proceeded to the point where it is realistic to ask the following question: What next after the caliphate? As the battle of Mosul moves slowly to its inevitable conclusion, analysts are confidently predicting the end of ISIL—complete with a “Reichstag moment”—as the group continues to hemorrhage territory, lose access to its tax and extortion base, and find less things to celebrate in its media operations.

Unlike its rise from relative obscurity, where the group made its own luck and forged its destiny with a patient strategy and competent execution of the military campaign that won it considerable territory in Syria and Iraq, ISIL's future survival will be determined less by its own agency and more by the actions of others. This complex interaction of actors, local and foreign, with its unpredictable effects leads to a number of possible trajectories for the decade-old movement that calls itself the Islamic State.…

Colin P. Clarke is a political scientist at the nonprofit RAND Corporation and the author of “Terrorism, Inc.: The Financing of Terrorism, Insurgency, and Irregular Warfare.” Craig Whiteside is a professor at the Naval War College Monterey, and teaches national security affairs at the Naval Postgraduate School Both are associate fellows at the International Centre for Counter Terrorism (ICCT) – The Hague. Disclaimer: The observations made in this article are original to the authors and do not reflect the views of the Department of Defense.

This commentary originally appeared on War on the Rocks on May 3, 2017. Commentary gives RAND researchers a platform to convey insights based on their professional expertise and often on their peer-reviewed research and analysis.