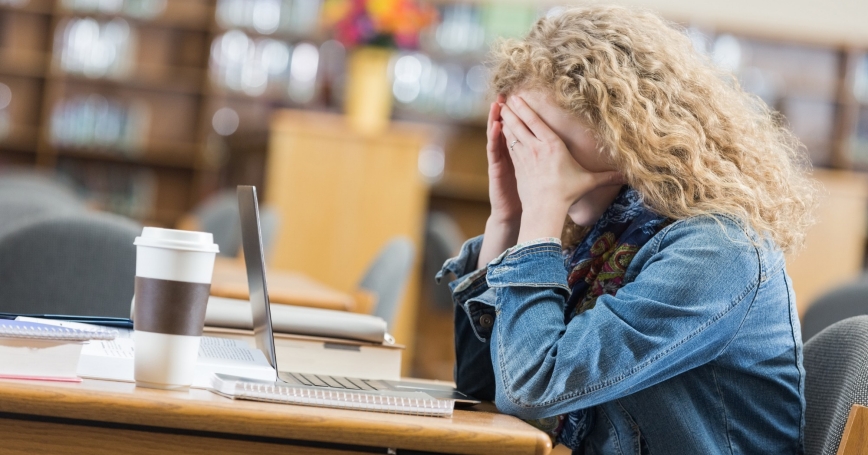 The recent death of a South Carolina teen, reportedly of a caffeine overdose, after consuming a large Mountain Dew, a latte, and an energy drink, is both tragic and avoidable.

According to the Centers for Disease Control, two out of three (PDF) teens suffer from insufficient sleep. The causes of teen sleep loss are multi-faceted and include increasing homework and extracurricular demands, busy social lives, the ubiquitous presence of technology and social media, biological changes in sleep-wake cycles, and the crunch on sleep caused by early school start times.

Regardless of the cause, for many teens, their primary strategy to cope with chronic sleep loss is to consume large quantities of caffeine, in the form of energy drinks, super-sized lattes, and big gulps. Many American teens have come to expect sleep deprivation as a necessary component of coming of age. Rather than addressing the root causes of insufficient sleep, many youth simply seek out strategies to circumvent the need for sleep. It's akin to the military's strategy of “go/no-go” pills. Feeling sleepy, but want to stay awake? Not to worry, there's a pill or energy drink for that. Need sleep? There's a pill for that too. Incidentally, the two populations who are among the greatest consumers of energy drinks and products are adolescents and military populations.

Unfortunately, this medicalized view of sleep-wake cycles, and the implicit belief that the biological need for sleep can be overcome with caffeine or other stimulants, comes with significant health costs, particularly for youth. For instance, between 2007 and 2011, emergency department visits involving energy drinks and related products increased two-fold from 10,068 to 20,783; with adolescents and young adults being the most likely to be involved in such visits.

The most commonly reported side effects associated with caffeine in the quantities present in energy drinks or a venti latte are insomnia, nervousness, headache, and tachycardia (i.e., rapid heart rate). At higher doses, as in the recent death of this South Carolina teen, caffeine can cause arrhythmias (irregular heartbeats) and sudden cardiac death. Beyond these catastrophic events, the regular consumption of high doses of caffeine among teens may contribute to a vicious cycle of chronic sleep loss leading to caffeine consumption, which in turn leads to further sleep disturbance, and so on.

The death of this teen should be a wake-up call for all Americans—getting sufficient sleep should be a top health priority. At the family level, parents should talk to their kids about the potential harms of highly caffeinated products and the importance of maintaining healthy sleep behaviors. At the school level, basic sleep education including the consequences of caffeine intake should be a fundamental component of secondary education health classes, just like nutrition or physical activity. Such education, along with efforts to move middle and high schools to healthy (i.e., later) start times could go a long way towards reducing the epidemic of teen sleep loss and the associated downstream consequences, including excessive and potentially lethal caffeine use.

This commentary originally appeared on Thrive Global on May 18, 2017. Commentary gives RAND researchers a platform to convey insights based on their professional expertise and often on their peer-reviewed research and analysis.