A Countering Bioterrorism Facility Worth a Second Look 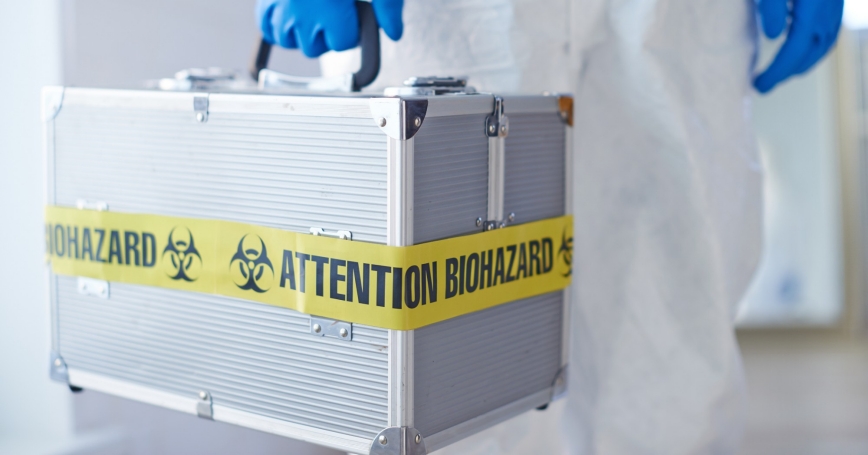 President Trump's proposed fiscal year 2018 budget (PDF) would eliminate a Department of Homeland Security laboratory dedicated to countering bioterrorism and providing the science behind response and recovery efforts should an attack occur.

The proposal to eliminate this lab without creating replacement capabilities elsewhere could place the U.S. at risk at a time when biotechnology proliferation is increasing access to the knowledge and capabilities for developing bioterror weapons. To further emphasize this point, consider that Bill Gates—who has given billions of dollars to global public health causes—recently said a bioterror attack could “wipe out 30 million people,” and such an attack is becoming more likely.

The president's proposed budget, if it were to be adopted by Congress, would zero out funding for the National Biodefense Analysis and Countermeasures Center (NBACC) at Fort Detrick, halting all science as of March 2018 and closing the facility by September 2018. NBACC was created in the aftermath of the anthrax attacks of October and November 2001 which sickened 22 people, five of whom died, and caused some 30,000 people exposed to the highly pathogenic anthrax to begin a regimen of high-strength antibiotics. It also required the decontamination of several office buildings and postal handling facilities at a cost of approximately $320 million.

Following the anthrax attacks, shortfalls in the nation's bioterrorism preparedness and response capabilities became clearer. The U.S. lacked the facilities, procedures, and people to examine threats at the intersection of terrorism and biotechnology and to conduct forensics in the event of a biological attack.

This threat characterization capability allows operators, law enforcement, public health, and decisionmakers to understand the risk of a bioterror attack and the preparedness and response capabilities that should be developed. It also provides a scientific rationale for determining what equipment and medical countermeasures are stored in the strategic national stockpile maintained by the Centers for Disease Control and Prevention.

The NBACC's scientists also are capable of conducting experiments to determine what level of concern is warranted if a potential threat is identified. The NBACC also has bioforensics analysis capabilities. This provides the ability to understand how and potentially where a pathogen was prepared, its virulence and physical characteristics, and even what medical countermeasures and decontamination techniques might be the most effective. Much of the forensics work is done on behalf of the FBI, with the NBACC's experts prepared to maintain chain of custody for samples and testify in court against bioterror suspects.

NBACC remains a one-of-a-kind facility that provides the U.S. an insurance policy. Its work can help determine how a variety of actors, from lone wolf terrorists to well-financed terror cells, could develop and deploy biological weapons against American targets. It allows experts to work in the highest containment laboratories with the most dangerous pathogens to protect the nation from a strategic threat, one that some have called “the poor man's atomic bomb.”

The proliferation of biotechnology coupled with the increasing use of technology by terrorists suggests a growing likelihood of a bioterrorist attack. Al Qaeda, in a previous version of its Inspire magazine, had called for like-minded scientists—biologists and chemists—to conduct attacks. More recently, ISIS has called for attacks using available means. The degree to which the U.S. will be prepared to respond could be directly related to the preparations made now at NBACC.

Closing NBACC would leave the nation without these critical capabilities. No other such facility exists anywhere in the United States. It was established based on what the government determined to be a critical operational need. It is maintained at significant cost, and like most insurance policies, these costs may not be universally perceived as good investments until, God forbid, they might be needed in a crisis. In the event of a bioterror attack, NBACC would be on the front lines, providing essential information that would inform decisionmakers and save lives.

The initial proposal to zero out the capabilities currently invested in NBACC would seem at the very least worth a second look by policymakers. They should assess whether NBACC's capabilities, as an insurance policy, is a price worth paying when weighed against the potential cost in human terms of even a limited bioterror attack.

Daniel M. Gerstein works at the RAND Corporation and is an adjunct professor at American University. He was the undersecretary (acting) and deputy undersecretary in the Science and Technology Directorate of the Department of Homeland Security from 2011-2014. Gerstein oversaw the NBACC during his time at DHS.

This commentary originally appeared on The Hill on June 6, 2017. Commentary gives RAND researchers a platform to convey insights based on their professional expertise and often on their peer-reviewed research and analysis.