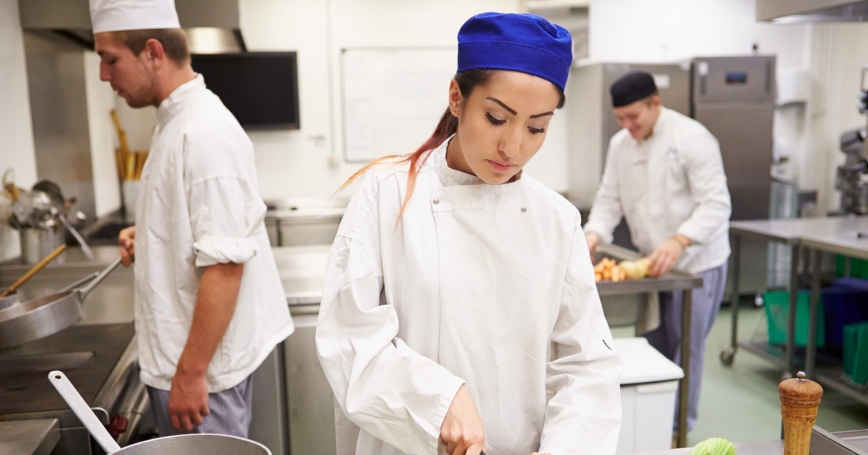 One of the hidden benefits of the travel and tourism industry in California is the number of jobs it provides those coming into the workforce from outside the paid labor force, commonly serving as a starting point for a meaningful new career.

A recently released RAND Corporation report came to this conclusion after my colleagues and I studied the career patterns and trajectories of people who work in the travel and tourism industry in California. The industry employs nearly a million workers and brings in approximately $80 billion dollars in gross state product.

Workers in the travel and tourism industry followed many different paths through a number of industries and occupations. Nearly 55 percent of workers entered and left the industry within a few years, while the other half stayed for the entire five-year span (2009–2013), according to our research.

For the state's economy to be healthy, both long-term jobs as well as transitory jobs that are easier to enter from outside the labor force are necessary. Travel and tourism supplies both types of jobs in large supply in California, which shows how important the industry is to the state's economy.

Among industries of a similar size, California's travel and tourism industry has the highest rate of re-entering employees who come from outside the paid labor force, such as unemployment or school, at 39 percent. These jobs often serve as an entry point to employed, paid labor for workers.

Some workers who enter travel and tourism move to another industry while keeping the same occupation—such as an unemployed person who becomes a security guard in travel/tourism and then goes on to work in the education industry as a security guard. Others change occupations as they change industries: an unemployed individual getting a job as a cashier in the travel/tourism industry transitions into working as a paralegal, or an unemployed person hired as a maid in travel/tourism transitions to child care in later years. Each of these career paths was observed in the data we evaluated.

These types of jobs serve a critical purpose. Transitional jobs provide workers with a launching pad, giving them an entry point for employment. The jobs also give less-educated workers employment opportunities and offer wage growth within the industry and to workers who transition out of the industry.

Matthew D. Baird is an economist at the nonprofit, nonpartisan RAND Corporation.