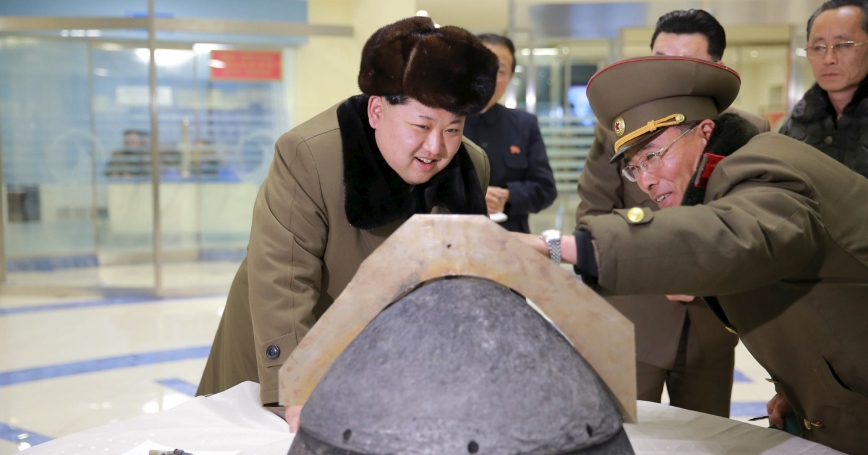 The increasing tempo of developments in North Korea this year is of growing concern not only to South Korea but also to the U.S., Japan, and even China. The authoritarian regime's nuclear capability—and its leader's possible willingness to move beyond weapons testing as a show of strength to actual use of his arsenal—is no longer a threat that can be minimized, dismissed, or assumed to be purely defensive.

As part of the “Conversations at RAND” series, which is designed to highlight important and timely research, a presentation on “Security Tensions in Northeast Asia” was given by senior international/defense researcher Bruce W. Bennett Thursday, June 1, at RAND's Pittsburgh office. Senior economist and associate director of RAND's National Security Research Division Laura H. Baldwin moderated the discussion.

Bennett provided background and context on the increase in tensions in Northeast Asia: what has been happening, how complex the situation is, and what options are available to the U.S. going forward.

Estimates from both Chinese and American experts point to a massive buildup of the North Korean nuclear arsenal:

“North Korea might have 20 to 50 nuclear weapons. And that's a lot. A lot of nuclear weapons. One nuclear weapon, going off in a big American city, would probably leave 100,000 or so people killed,” Bennett said. “A hundred thousand or so seriously injured. Hundreds of thousands modestly injured. This is a serious subject when you start to get up into these numbers.” And while it's unlikely that Korean leader Kim Jong Un could yet deliver such a strike to an American city, U.S. allies in South Korea and Japan are more vulnerable. 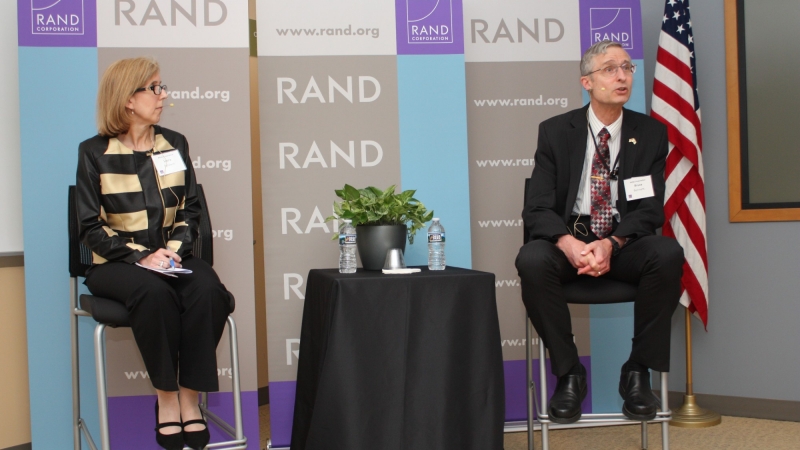 Bennett has been much in demand lately, as policymakers and the public seek to understand recent developments and their implications; his most recent publications include “Is Moon Ready to Reunite Korea? Is Kim Jong Un?,” a commentary appearing in Newsweek the day after his RAND presentation, and Preparing North Korean Elites for Unification, a RAND research report released in April.

Adding to the seriousness of the North Korean threat is the Kim regime's avowed willingness to test and use nuclear weapons. In 1994 negotiations, North Korea stated that it would turn Seoul into a “sea of fire.” This theme of a nuclear “sea of fire” is echoed in many subsequent communications. “Some of this is clearly bluster,” Bennett explained, “clearly for coercive or deterrence purposes. But how long can you say these things before you start to believe it, if you're the North Korean leadership?”

Bennett used maps, graphs, and estimate numbers to paint a stark and vivid picture of the massive casualties and economic losses that would result from even a modest, limited nuclear or even chemical attack on Seoul by North Korea. The figures, Bennett argued, make the case for spending on missile defense measures.

Another troubling aspect of the North Korean powder keg is the ethos of the leadership.

Another troubling aspect of the North Korean powder keg is the ethos of the leadership. Bennett related the story of Kim Il Sung's reaction to U.S. accusations that North Korea was violating the nuclear nonproliferation treaty in the 1990s. The progenitor of the Kim regime asked his generals if it was possible to win a war with the U.S.—of course, they said yes. Kim then asked them what to do in the event of a loss. The generals were prudently silent, but Kim Jong Il, the father of the current leader, answered, “If we lose, I will be sure to destroy the Earth. What good is the Earth without North Korea?”

“Think about it,” Bennett said. “He said the Earth; he did not exclude his ally, China. And China knows it. This statement is posted in multiple places in Pyongyang, as a rallying cry, and reflective of the culture in North Korea. If they go down, they want to take a lot of people with them.”

If North Korea only had three nuclear weapons, Bennett continued, it would likely reserve them for a final coercive action in response to a threat to the survival of the regime. But an arsenal of up to 50 nuclear weapons could be used for different purposes, including preemption. This creates the possibility that a relatively minor confrontation could escalate very quickly. “Nuclear weapons won't necessarily get withheld until the end of the war,” Bennett warned.

Bennett's survey of the state of play also took in the massive acceleration of the tempo of missile and nuclear weapons testing under Kim Jong Un, the obsolescence of U.S. “strategic patience” policy, and the importance of the appearance of U.S. resolve and strength to the North Korean regime (which labels humanitarian aid as “tribute” from abroad and interprets secrecy as victory). Kim's boast of a successful missile test that the U.S. president had insisted wouldn't happen was “kind of a nyah nyah nyah-nyah nyah to Trump,” as Bennett put it.

He also explored the implications of the murder of Kim Jong Nam, Kim Jong Un's elder half-brother, and the souring North Korea–China relationship. China is increasingly unhappy with North Korean cantankerousness, but reluctant to level ever-more-damaging economic sanctions. Bennett described the “Manchuria” part of China, bordering North Korea, as China's Rust Belt: “They need North Korean refugees like they need a bullet in the foot.”

While the picture that emerged was grim, if not downright alarming, Bennett had some suggestions for how to confront a heavily armed regime whose leader goes to some lengths to be seen as godlike. His main strategy to contain and counter Kim is to convince him that his plans will be too costly to carry out. This might involve more covert and psychological disincentives and threats, involving the broadcast of lifestyle propaganda (South Korean soap operas are surprisingly powerful), offers of amnesty to high-ranking officials, and leafleting nuclear laboratories to encourage defectors—all to undermine Kim Jong Un's support and leave him personally vulnerable.

An amazing thing about North Korea is that, beginning during the North Korean famine of 1995 to 1998, many North Korean elites decided to become entrepreneurs to improve their lives. Some have since graduated to being capitalists. As an elite defector once confided to Bennett that if Kim Jong Un were out of the picture for some reason, then “there will not be a Kim family successor. There will be a successor from outside the Kim family. And more than likely, he will be a capitalist.”