Is Moon Ready to Reunite Korea? Is Kim Jong Un? 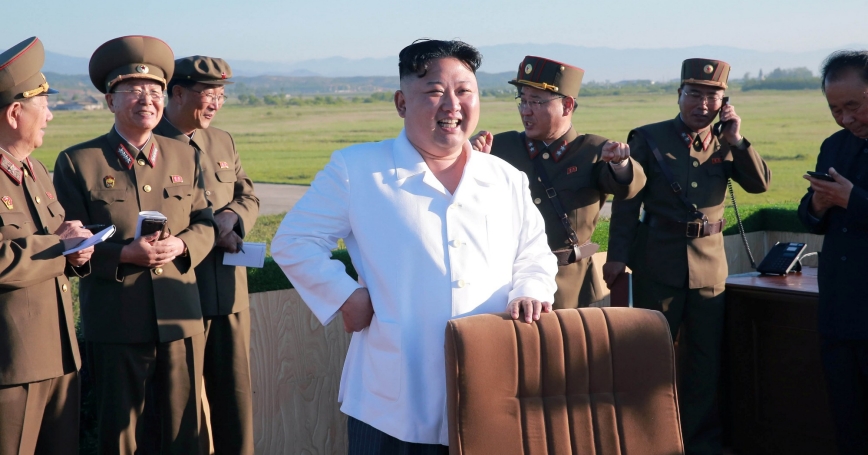 One of the striking omissions of the inaugural speech of new South Korean President Moon Jae-in, was its failure to include even a reference to Korean unification.

But during his campaign, Moon said, "South Korea must embrace the North Korean people to achieve peaceful reunification one day.”

Moon may have failed to mention Korean unification not because he does not care about the issue but because he is focused on South Korean domestic issues and internal unification.

But his previous statements suggest that he rejects the idea of unification controlled by South Korea in preference to unification that is consented to and managed jointly with the North.

For unification to be peaceful, the North Korean elite would need to agree to it and it is difficult to imagine them agreeing to a unification that disenfranchises them.

In this form of shared power unification, much of the North Korean government and the Korean Workers Party would continue to exist in some manner, working together with South Korean leaders.

Would Kim Jong-un play along?

One view of Kim is that he would not accept a shared power unification for two reasons. First, the population and economic power of South Korea would certainly give South Korean leaders advantages in such a unification.

Kim has no experience with sharing power and may even be ideologically opposed to it.

Second, Kim has no experience with sharing power and may even be ideologically opposed to it. It may even be argued that he insists on absolute power, as demonstrated by his many purges and the murder of his older half-brother, Kim Jong-nam.

There could be two views on this. First, that Kim did not trust Park, which suggests that the more conciliatory Moon might be a more acceptable partner for negotiating a shared power unification.

Or, one might infer that Kim was thus saying that he would only accept a third type of unification characterized as North Korea dominant. This might require engaging in a war of conquest with South Korea. Kim might seek to do so under several scenarios; an ongoing internal power struggle or a collapsing economy might be triggers for a diversionary war (PDF).

This, of course, would be unacceptable to South Koreans. It might also provoke Chinese intervention in North Korea. Last year, Chinese President Xi Jinping said that China “will absolutely not permit war or chaos on the peninsula.” However, it should be recognized that Chinese influence may be limited. President Xi has not been able to prevent North Korea from launching ballistic missile tests.

Will China respond to a major North Korean crisis by inserting Chinese military forces in the North? The truthful answer must be that we do not know.

Even if unification grows out of peaceful coexistence, integrating and stabilizing North and South Korea will be a daunting task.

South Korea is not sufficiently prepared for any of these alternatives, including a peaceful unification and a diversionary war waged by the North. For example, even if unification grows out of peaceful coexistence, integrating and stabilizing North and South Korea will be a daunting task requiring conciliatory policies that do not yet exist.

Unification will require cooperation on difficult issues such as transitional justice and property ownership in the North, improving North Korea's dilapidated or nonexistent infrastructure, destroying the North's weapons of mass destruction and other serious military threats, dealing with opposition to unification in both North and South Korea, and improving the lives of the North Korean people at the cost of higher taxes on the South Korean people.

President Moon needs to address these challenges even if peaceful coexistence with North Korea eventually leads to unification, but especially if unification is the result of sudden change.

He plans to do so, for example by reopening and significantly expanding the Kaesong Industrial Complex. But many other efforts are needed, including efforts to inform the North Koreans of South Korea's unification policies.

South Korean Army forces of that size would be too small to stabilize major rebellion in North Korea, giving China substantial incentives for intervening in any Korean unification and possibly planning to take protracted control of significant parts of North Korea.

Bruce W. Bennett is a senior defense analyst at the nonprofit, nonpartisan RAND Corporation. Many of these observations were derived from a Conference on Korean Unification, organized jointly by the RAND Center for Asia Pacific Policy and the Sejong Institute.

This commentary originally appeared on Newsweek on June 2, 2017. Commentary gives RAND researchers a platform to convey insights based on their professional expertise and often on their peer-reviewed research and analysis.