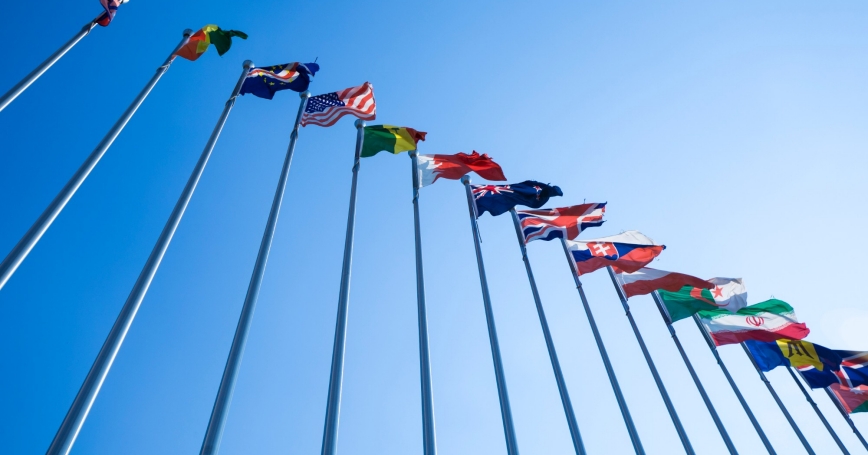 In a recent op-ed, National Security Advisor General H. R. McMaster and National Economic Council Director Gary Cohn proclaim a basic fact of world politics as they see it: “The world is not a 'global community,' but an arena where nations, nongovernmental actors, and businesses engage and compete for advantage.” This timeless principle, they suggest, reflects the “elemental nature of international affairs” and points to the need for a foreign policy devoted to the self-defined pursuit of U.S. interests.

McMaster and Cohn's emphasis on safeguarding U.S. interests is entirely appropriate, and they offer some important reassurances about a desire “to develop relationships and foster cooperation.” But on the broader point, there is powerful evidence that many countries do consider themselves part of an emerging global community—and that this reality represents America's most powerful competitive advantage. U.S. foreign and national security strategy is much stronger when it works to reflect and build such a community.

The concept of a community is somewhat elastic. There can be strong or weak communities, formal or informal, political communities or interest-based ones. We commonly speak of a “Korean community” or an “African-American community,” for example, without any sense that they require a government. Definitions of human communities thus tend to focus on a few broad factors: social linkages and communal activities; the perception of a shared fate and joint vision or set of values; and collective institutions and rules.

By these standards, an embryonic international community has definitely arisen. The globalized international system involves hundreds of shared activities: Economies and societies are deeply interlinked by flows of trade, capital, technology, and labor; companies rely on global supply chains; businesspeople and students and artists interact on a worldwide basis; music, movies, media, and fashion are truly global. Nations collaborate on mutual concerns like climate, terrorism, disease, and international crime.

Partly as a result, if measured by polling results and public statements, a healthy majority of governments and people have come to appreciate the value of multilateral problem-solving and the reality of an emerging community. The theme lies at the heart of national security statements by governments and leaders of all the major European and Asian democracies, and many other countries as well. When Chinese President Xi Jinping spoke at Davos earlier this year, he put it simply: “Mankind has become a close-knit community of shared future. Countries have extensive converging interests and are mutually dependent.” Public opinion polling shows consistent support for the basic principles of multilateralism.

Powerful renewed evidence for this sensibility is apparent in the global reaction to the U.S. withdrawal from the Paris climate accord. Rather than run for the exits, many countries, including China, India, Germany, and especially France, pledged to continue working for the deal—precisely out of an appreciation of mutual interests. That is the behavior of members of a shared order, not selfish anarchists.

The international community is also characterized by a growing web of institutions and rules, ranging from the United Nations system to trade and development organizations to thousands of issue-specific organizations. It reflects shared values—imperfectly, with many exceptions and violations, but in ways ranging from human rights conventions to the rise of open economies and democratic governments to shifts in public opinion favoring liberal values.

None of this means that the international community is a finished product or can shape states' behavior on its own. It remains fledgling, fractious, and prone to conflict in areas such as openness to investment and human rights. It doesn't prevent bitter arguments, such as the tensions between Japan and Korea over disputed islands or the ongoing debate over climate treaties. It is not a substitute for U.S. power and leadership. It could collapse under the assault of populist nationalism or the ambitions of rising regional powers. But it is real and meaningful—and a powerful benefit to the United States.

One prominent analyst and practitioner of national security affairs recently described the emergence of an “inexorably expanding cooperative order of states observing common rules and norms, embracing common economic systems, forswearing territorial conquest, respecting national sovereignty, and adopting participatory and democratic systems of governance.” That sounds a lot like a community—and this seemingly idealistic claim comes from the uber-realist Henry Kissinger, writing in his new book, World Order. The existence of such a “cooperative order,” Kissinger explains, means that U.S. power is more legitimate, and thus effective, when deployed in service of shared goals and values.

Multilateral alliances have kept the peace in key regions and encouraged friends to contribute to U.S.-led operations.

Specific elements of this embryonic community have also had measurable value in helping to keep the United States safe and ease the burdens of global leadership. Multilateral alliances have kept the peace in key regions and encouraged friends to contribute to U.S.-led military operations. Formal and informal economic institutions have stabilized the international trading system and helped manage financial crises. United Nations peacekeeping efforts have tamped down conflicts. It was the consensus of an emerging “new world order” that lent special force to the U.S. response to Iraq's aggression in 1990; after 9/11, the world community, again sensing shared interests, boosted its collaboration on counterterrorism.

All of this shows the great wisdom of the choice, from 1945 onward, to lash U.S. national security and foreign policy to the idea of a rules-based international order and the embryonic but very real community it reflects. This order represents America's most potent competitive advantage: It embodies and spreads U.S. values and often supports U.S. objectives. It is no exaggeration to say that the United States simply would not be able to lead the international system in the way that it has without the supporting architecture of a nascent community. U.S. power would encounter too many headwinds without it, and the price of leadership would become too onerous to bear.

To be sure, rivalry is growing, and the connective tissue of the international community is fraying. Managing the ever-present tension between competition and community is becoming more challenging. But the lesson of the last 70 years is clear: The United States is more powerful, effective, and safe when it pursues its interests in part by nourishing a deepening community of states, and the institutional order that supports such a community. That idea is not merely supported by the evidence. It reflects the very concept of who we are as a nation.

Michael Mazarr is a senior political scientist at the nonprofit, nonpartisan RAND Corporation, where he directs the project on Building a Sustainable International Order. The views expressed here are his own.

This commentary originally appeared on The Cipher Brief on June 14, 2017. Commentary gives RAND researchers a platform to convey insights based on their professional expertise and often on their peer-reviewed research and analysis.