When the Caliphate Falls, What Then for U.S. Policy? 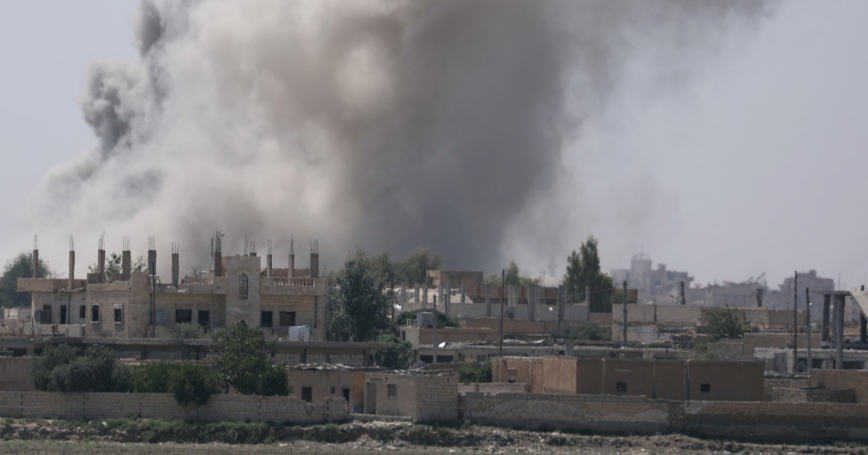 The last bastions of the Islamic State's so-called caliphate in Iraq and Syria—Mosul and Raqqa—could be liberated within months. But they will remain perilous places, and in some respects, the fall of Raqqa will complicate the conflicts that swirl through the region.

How might the United States have to adapt to ISIS after Raqqa?

Military analysts have already warned that the elimination of the Islamic State as a territory governed by ISIS will not end the group's armed struggle. Its leaders spent years underground and can revert to a covert terrorist campaign. Even while pummeled and pushed back by Iraqi, Kurdish, and other ground forces backed by coalition air power, ISIS demonstrated its capability to simultaneously carry out terrorist operations in Baghdad and Damascus as well as in neighboring countries. That will continue and may escalate.

ISIS, post-Raqqa, will be able to count on a clandestine infrastructure, possibly already in place, and a local Sunni population that may be more or less sympathetic to the insurgents, depending upon the behavior and performance of the authorities replacing ISIS rule. Here's why: The fall of Mosul and Raqqa will not resolve the deeper sectarian conflict between Shiites and Sunnis. In Syria, anger over President Bashar al-Assad's Alawite-dominated rule contributed to the mainly Sunni rebellion in 2011. In Iraq, the government's exclusion of Sunnis contributed to the military collapse that allowed ISIS to sweep across the country in 2014. The United States has not supported the partition of Iraq or Syria, but the conflicts have torn the countries apart…

This commentary originally appeared on Defense One on June 15, 2017. Commentary gives RAND researchers a platform to convey insights based on their professional expertise and often on their peer-reviewed research and analysis.