Why Aren't There More Terrorist Attacks Like the One in London? 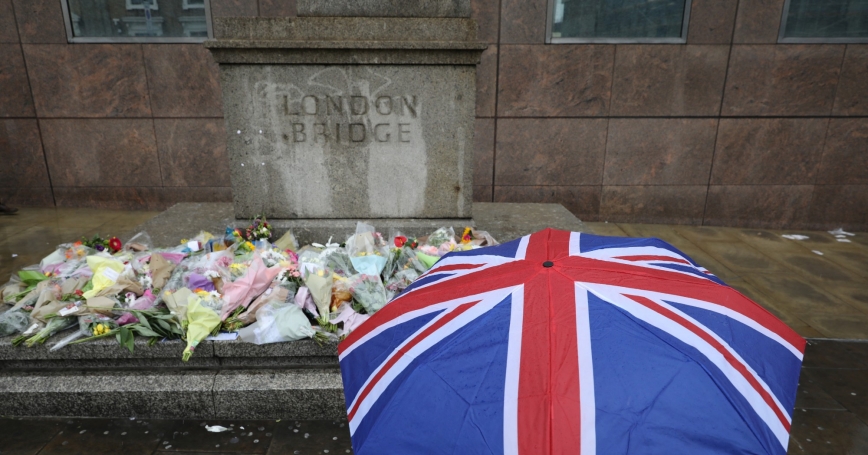 As many saw following the recent London Bridge terror attack in which seven people were killed and more than 50 injured, running over pedestrians requires little preparation or skill. Vehicles are readily available. So are knives and machetes, and in the U.S., firearms. Cities are filled with pedestrians, diners fill restaurants vulnerable to such dangers.

The only requirement is cold-blooded attackers. Both ISIS and al Qaeda exhort followers to carry out assaults that are easily within their reach. Even the very small percentage of individuals who tell public opinion polls that they have a favorable attitude toward the jihadist groups and approve of their tactics—indicators of radical views—suggests that there may be tens of thousands of military-age males holding extremist views.

So the question is not why the London Bridge attack happened, but why don't more such attacks occur?

Instead of an occasional terrorist attack, why aren't terrorist attacks taking place almost daily? Why are we not seeing the equivalent of a global intifada, which would really create terror?

This potential for violence is a jihadist dream: An army of homegrown terrorists push back from their computer screens to launch attacks across Europe and North America. According to Pew Research Center public opinion surveys, 5% of America's estimated 3.3 million Muslims held favorable attitudes toward the violent jihadists; 7% thought suicide bombings and other terrorist tactics were “sometimes justified,” while 1% thought they were often justified. Five percent of 3.3 million works out to roughly 60,000 adult males—a seemingly large reservoir.

Putting aside the exceptional vehicle ramming attack in Nice, France last summer, which killed 86 people, the average number of fatalities in the other vehicle rampages was about five. And the 20 jihadist terrorist attacks that have occurred in the U.S. since the 9/11 terrorist attacks also resulted in an average of five fatalities per attack. Most of these attacks were carried out by a single individual.

If 60,000 individuals could be persuaded to carry out attacks, the resulting death toll would ascend to 300,000. Even a 1% return for the jihadists would produce a body count greater than 9/11. This is not a weapon of mass destruction, but a mass weapon of destruction.

Instead, in the nearly 16 years since 9/11, a total of 25 homegrown jihadists have carried out terrorist attacks in the U.S.—a few ten-thousandths of 1% of the 60,000 figure. The total death toll is less than 100—tragic to be sure, but far lower than it could be.

It is hard to explain why stuff doesn't happen, but here are some possible reasons.

Jihadist ideology has gained little traction among America's Muslim community. That's good news, but we are talking here only about the smaller fraction of that community that already may hold radical views. Even among these, the turnout is tiny.

Support for violence does not equate with a willingness to engage in violent action.

Research has shown (PDF) that this is in part because support for violence does not equate with a willingness to engage in violent action. The two domains overlap, but are separate. Only a minuscule fraction of those holding extremist views will ever proceed to violent action. And for those who do, extremist views are only one component of their motives.

Both al Qaeda and ISIS use the Internet to recruit. Tech-savvy, ISIS has been especially effective in exploiting social media to reach a broader audience. It communicates in an accessible language that appeals to young people, and ISIS understands that visual content is far more likely to be shared on social media than other content. The images of beheadings and other atrocities it posts as evidence of its authenticity are disturbing to most, but resonate with certain minds. This is hard-core terrorist porn—the real thing.

ISIS does not recruit in the traditional sense. People don't sign up and ship out. There is no vetting. Anyone who carries out an attack is promised membership in ISIS—warrior status in an epic struggle, they say, ordained by God, guaranteeing applause, fame, and rewards in the afterlife. It is emotionally appealing, especially to those discontented with their own lives, already angry, teetering on the edge of violence.

This kind of marketing may be low-yield, but it costs the jihadist organizations nothing. They are not buying advertising space. They don't worry about the response rate—their cyber shock troops do not have to argue for budget. They may be frustrated at the lack of response, but they see themselves as an elite group of believers. The unmoved, they believe, are doomed.

Most who enter the jihadist universe online go no further. The Internet allows vicarious participation, which is a weakness. Online wannabes can thump their chest, threaten their foes, exhort each other to action, then turn off the computer and get a beer.

Another part of the explanation is that it is difficult to remotely persuade unreceptive people to commit murder or commit themselves to actions that are likely to end in their own deaths. Hypnotists cannot make people do things against their will. Brainwashing requires more than virtual engagement. On the other hand, continued exposure to ideologies of hate and images of violence may change how people view the world to the point that violence becomes less repugnant.

Jihadist content is not “pushed” to the interested and uninterested. It is “pulled” by the interested and further disseminated by the users themselves. These are not innocents whose minds and bodies are snatched when they click on a jihadist site. Often they are troubled individuals, seeking outlets for their discontent, reinforcement for their own aggressive tendencies.

Some of those who go down the path of violence will be identified early on and either intercepted and diverted, most likely by relatives or friends or by government-sponsored programs aimed at countering violent extremism. Those who slip through may end up being targeted by police undercover operations.

Since 9/11, police and federal investigators have uncovered and thwarted more than three-quarters of the plots to carry out terrorist attacks in the U.S. (This is not to say that every one of these plots would have resulted in a terrorist attack had the authorities not intervened.) The UK has similarly thwarted most terrorist plots.

Most of the U.S. plots involved a single individual. The arrests clearly prevented some action and probably deterred others, although that cannot be proved. However, that would-be jihadists must be wary about enlisting others for fear that they might be undercover agents or confidential informants keeps their conspiracies tiny and impedes the creation of larger groups.

The failure of jihadist ideologies to gain traction in most Muslim communities; the difference between expressions of support and actual participation in violence; the difficulty of remote recruitment, and especially of remotely persuading people to do abhorrent things; the necessity of connecting with those who are already receptive to violence; and the probability that the plot will be uncovered before an attack have kept the number of attacks relatively low. Instead of large-scale offensives, one-off attacks are more likely, with occasional spurts of activity as one attack inspires another.

Brian Michael Jenkins is a senior adviser to the president of the nonprofit, nonpartisan RAND Corporation and specializes in terrorism-related topics.

This commentary originally appeared on Fortune on June 6, 2017. Commentary gives RAND researchers a platform to convey insights based on their professional expertise and often on their peer-reviewed research and analysis.