A Peace 'Surge' to End War in Afghanistan 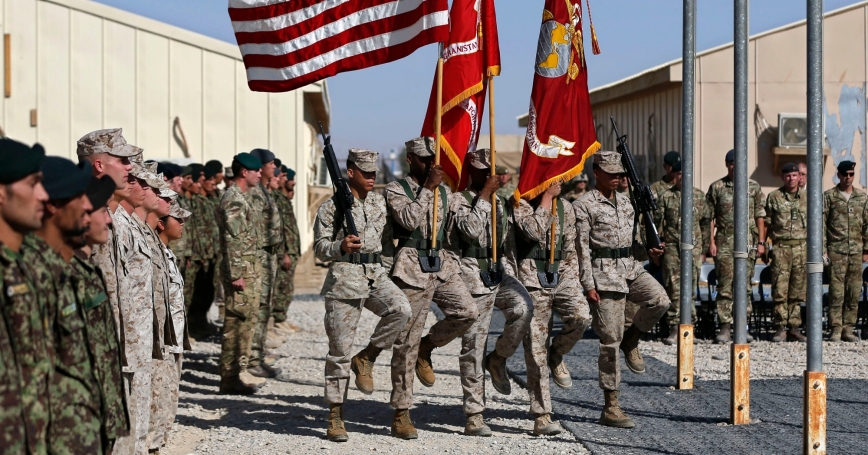 President Trump has no easy options in Afghanistan. An abrupt United States military exit would probably provoke the collapse of an Afghan state deeply dependent on American backing, while a major reinforcement — a reprise of the Obama administration's initial approach — would be tough to support given that it didn't work last time.

The modest increase of a few thousand troops widely reported to be under consideration promises to do little more than buy time by arresting the downward security slide.

President Barack Obama conducted a “surge” of American military resources in Afghanistan in a bid to turn the corner on the war. But Mr. Obama didn't complete the subsequent scheduled military withdrawal because the closer the deadlines came, the less tolerable the danger of security collapse became. His administration only tepidly tried to negotiate a political settlement of the conflict.

President Trump could do the opposite: move boldly to negotiate peace, while making a limited additional military investment to deny the Taliban military victory.

The U.S. has a policy of pursuing peace but has never put the political and diplomatic weight behind the initiative needed for success.

The United States does have a policy of pursuing peace. I was responsible for carrying it out until recently. But the United States has never put the political and diplomatic weight behind the initiative needed for success.

The Taliban has long been willing to talk to the United States, but has resisted sitting down with the Afghan government, which it regards as a puppet regime. The Afghan government has been willing to talk to the Taliban, but wants to ensure its legitimacy is not eroded. The United States has worked only in fits and starts to build a format for talks and preliminary understandings to get substantive negotiations going. America's primary focus on the war has contributed to an inconsistent peace effort.

For all parties to the Afghan conflict, building and sustaining commitment from leaders and support from broader constituencies for pursuing peace has been much harder than continuing the war. Each side wants to negotiate from a position of strength. Skepticism about the enemy's willingness to negotiate has gotten in the way of willingness to test, probe and risk looking too eager.

A surge of United States commitment to negotiating a political settlement would not remove all the obstacles, but it is a prerequisite. A first step in this direction could be for President Trump to declare publicly his intent to make a peace deal. He could show his readiness to work out the details of a military withdrawal and emphasize the protection of United States national security interests in negotiations.

A strong and seasoned diplomatic team would be needed to carry out the president's commitment. Unless negotiating peace is someone's full-time job, there can't be adequate diplomatic vigor. He could appoint an experienced and respected neutral mediator — neither American nor Afghan — who could seek to generate and sustain momentum for a peace process that will inevitably be buffeted by spikes in violence and wavering political attention spans.

In Afghanistan, unexceptionally, there are vested interests on all sides in continuing the war because of the resources conflict attracts, antipathies toward sharing power, and the difficulty of justifying compromise with an enemy against the backdrop of human losses and entrenched narratives.

The United States can surmount these hurdles by influencing the Taliban's calculations through applying military pressure and offering political opportunity, and using our leverage with the Afghan political elite to ensure their commitment to negotiating.

The Taliban is violently opposed to the United States military presence on Afghan soil but does not have aspirations beyond Afghanistan. A peace deal could allow the United States to focus its resources on threats from the region that are directed toward the homeland and core American interests.

Pursuing peace is also the most effective way of managing the region's hedgers and spoilers. There is a consensus among Iran, Russia and Pakistan, as well as the more constructively minded Chinese, for a political settlement. Views on desirable terms no doubt differ, but this consensus is an opportunity for the United States.

Pakistan is the most problematic of the regional powers as it continues offering sanctuary to the Taliban. Pakistan wants a political arrangement in Afghanistan to be hospitable to its interests and inhospitable to Indian interests. But Pakistan would be inclined to support a political settlement that takes seriously its perception of its interests in its own neighborhood.

A peace deal won't happen quickly or easily. Unless it becomes a dominant focus of United States policy, it won't happen at all. If the Trump administration neglects a push for peace, American leaders could find themselves faced with the same choices as now — or worse — when the next strategy review comes around.

Laurel Miller, a senior foreign policy expert at the RAND Corporation, was a senior State Department official with responsibility for Afghanistan and Pakistan from 2013 to 2017.

This commentary originally appeared on New York Times on July 23, 2017. Commentary gives RAND researchers a platform to convey insights based on their professional expertise and often on their peer-reviewed research and analysis.