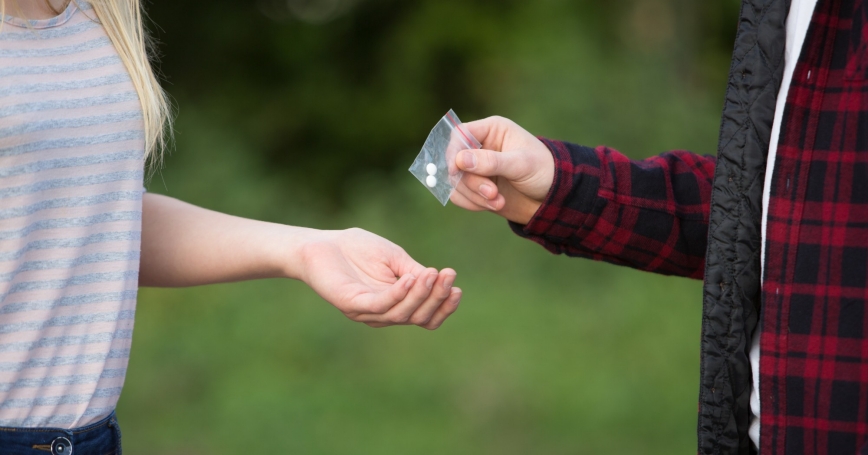 Attorney General Jeff Sessions did well to try to raise awareness last week of the need for drug education for the nation's youth. He just happened to recommend an approach that has never really worked. In praising the anti-drug education program DARE, he may have been swayed by the program's decades of successful brand marketing that built awareness one T-shirt and bumper sticker at a time.

Founded nearly 35 years ago, DARE—Drug Abuse Resistance Education—grew out of a partnership between the Los Angeles Police Department and the city's schools. Throughout the 1980s and 90s, it was kind of a “scared straight” meets “just say no” program aimed at kids. And it didn't work.

DARE did not succeed in its primary goal of stopping youths from using drugs.

Study after study showed that DARE did not succeed in its primary goal of stopping youths from using drugs. It failed because it did not include the critical ingredients that make prevention programs effective—teaching youths how to resist use, reinforcing those skills through practice, and helping them understand that most kids do not use drugs (because many mistakenly think “everyone” is doing it).

Sessions called DARE the “best remembered anti-drug program today.” That is true, but it is not the most effective. The program made huge inroads into schools because it often cost school districts nothing and came with a uniformed police officer as an instructor.

In 2009, DARE adopted an existing curriculum called “keepin' it REAL.” But how real is it? An independent evaluation of the revised version of DARE has not been conducted, which has kept it off the National Registry of Evidence-based Programs and Practices, the federal government's database of drug prevention programs that work. Not only does DARE have questionable efficacy, its continued use crowds out programs that do make a difference.

Effective programs—the kind found on the National Registry—are usually created by psychologists and other social scientists who are better at research than marketing their efforts. (Case in point: Whenever my RAND Corporation colleagues and I talk about our model for helping community groups plan prevention programs, Getting To Outcomes—GTO for short—most everyone thinks about the old GM muscle car, not our planning model.)

Effective drug prevention in America could start by helping school districts adopt programs that work. Independent researchers across the U.S. have spent millions of federal dollars developing dozens of evidence-based programs shown to teach children to make wise and responsible decisions about drugs. Yet research shows (PDF) that less than 10% of schools use these programs and implement them the way they were intended. This is because drug prevention programs in schools are a lower priority than teaching the core primary education curricula. Plus school officials often don't have the money to devote to anti-drug education or the knowledge to tell the good programs from the bad.

RAND research has shown that community-based organizations can run evidence-based prevention programs that make a difference, and won't break the bank. They just need a few thousand dollars to cover the cost of most programs and about 32 hours of consultation and training. This seems like a good deal, given that many well-regarded prevention programs, such as Life Skills Training (created by a psychology professor) and RAND's Project ALERT, save more in medical and juvenile justice costs than it takes to run them. Schools can research these programs and others like them through the National Registry.

In this era of marijuana legalization and opioid overdoses, it was encouraging to see the attorney general call attention to drug education for the young. But, unfortunately, he emphasized old school tactics that have been shown to not work. Helping schools choose effective anti-drug programs will take more than newly minted bumper stickers. And the extra effort could strengthen anti-drug education in America.

Matthew Chinman is a senior behavioral scientist at the nonprofit, nonpartisan RAND Corporation.

This commentary originally appeared on Fortune on July 20, 2017. Commentary gives RAND researchers a platform to convey insights based on their professional expertise and often on their peer-reviewed research and analysis.