Getting the Lead Out of Pittsburgh's Water 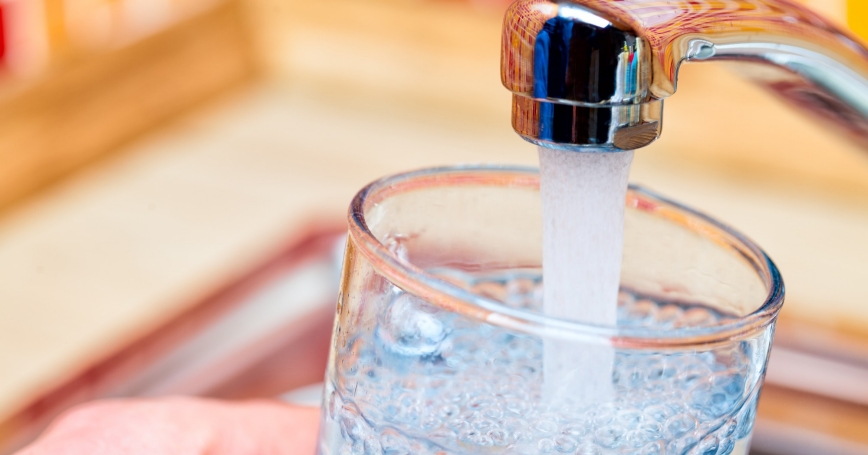 by Jordan R. Fischbach and Linnea Warren May

Lead contamination in Pittsburgh's drinking water has been a source of great concern in recent months. A number of policy responses have been discussed publicly, but missing from this debate has been an apples-to-apples comparison to find a permanent and lasting solution. What are the options, how much do they cost, who will pay and what should happen first? How will these choices affect your water bill and the quality of the water you drink?

More than 88 percent of homes in Pittsburgh were built before 1970. As a result, an estimated 25 percent of Pittsburgh Water and Sewer Authority (PWSA) customers (about 20,000) get their water through pipes containing lead that connect water mains to homes.

Tests in 2013 revealed that the city's water was above federal action levels for lead. More recently, management problems at PWSA and unauthorized changes to its treatment practices—which likely contributed to rising lead levels—have raised concerns that Pittsburgh could be facing a lead crisis like that in Flint, Mich. Recent tests also triggered a requirement for PWSA to take immediate action to replace lead service lines and reduce lead exposure for affected customers.

City and county leadership have taken several actions in response, including a pilot Safe Water Program to provide free water filtering pitchers, the Mayor's Blue Ribbon Panel to oversee the reorganization of PWSA, approval of universal lead testing for children by the Allegheny County Board of Health and the announcement of a new lead task force to oversee the county's lead strategy.

Until recently, PWSA had also been replacing a limited number of lead service lines in some neighborhoods. However, these replacements are “partial”—typically only up to the curb—because PWSA's interpretation of state law prohibits it from replacing the portion of the service line on private property.

However, evidence is mounting that partial service line replacement, without simultaneously replacing the private portion, may actually increase the amount of lead in a home's water supply. For this reason, emerging best practice in cities such as Milwaukee has been to replace an entire service line, both public and private, at the same time. In fact, after recent tests suggested that some partial replacements caused increased lead levels, PWSA temporarily halted the partial replacement program.

So, what should the city do next? Our team at RAND recently compared the current set of options side by side, using lessons learned from other cities to consider their potential lead-mitigation benefits, per-household cost, feasibility and the timeframe to achieve outcomes. We compared several options: flushing water pipes and adding water filters in homes, ensuring oversight of corrosion control techniques at PWSA and partial or complete lead service line replacements.

Flushing and adding water filters for 20,000 PWSA customers would cost about $1.5 million to $26 million initially ($80 to $1,300 per household), depending on the type of filter used. Improved oversight for corrosion control would have a minimal cost for PWSA ratepayers.

In the long term, full service line replacement is the only option that would permanently resolve the risk of lead in water.

By contrast, costs for lead service line replacement are much higher: about $20 million to $250 million for partial or $50 million to $410 million for complete replacement. Initial PWSA estimates—$200 million (partial) or $400 million (complete)—are at the top end of the cost ranges compared to other U.S. cities and could lead to water-bill increases of up to $500 per year per household if supported by PWSA customers only.

Our analysis suggests that flushing and filtering, coupled with effective corrosion control, could cost-effectively help to reduce lead exposure in the near-term while a more permanent solution is developed. By contrast, we found that partial pipe replacement is not only costly, but ineffective and likely counterproductive for reducing lead in Pittsburgh's water.

In the long term, full service line replacement is the only option on the table that would permanently resolve the risk of lead in water.

To accomplish this challenging task, PWSA and the city would have to resolve whether PWSA has legal authority to replace pipes on private property. Replacing thousands of service lines also would require innovation—both technological and financial—to help bring down the cost and minimize the burden on PWSA customers. For example, Madison, Wis., and Lansing, Mich., have used a new trenchless pipe-replacement approach to help make replacements quicker and more affordable. Madison also uses fees from cellular antennas on water towers to provide funding and help offset water rate increases.

The steps identified here could help put Pittsburgh on a path to a permanent solution and protect the city's future generations. However, without an aggressive long-term strategy for service line replacement and committed collaboration among PWSA, city and county officials, local stakeholders, and residents, the challenge of lead in the water will persist.

Jordan Fischbach is a policy researcher at the nonprofit, nonpartisan RAND Corporation, co-director of the Water and Climate Resilience Center, and a professor at the Pardee RAND Graduate School. Linnea Warren May is a policy analyst at RAND. The analysis described above was funded by the Pardee RAND Graduate School's John and Carol Cazier Initiative for Energy and Environmental Sustainability.

This commentary originally appeared on Pittsburgh Post-Gazette on July 2, 2017. Commentary gives RAND researchers a platform to convey insights based on their professional expertise and often on their peer-reviewed research and analysis.