Military Power Is All About People: A Return to Personnel Policy 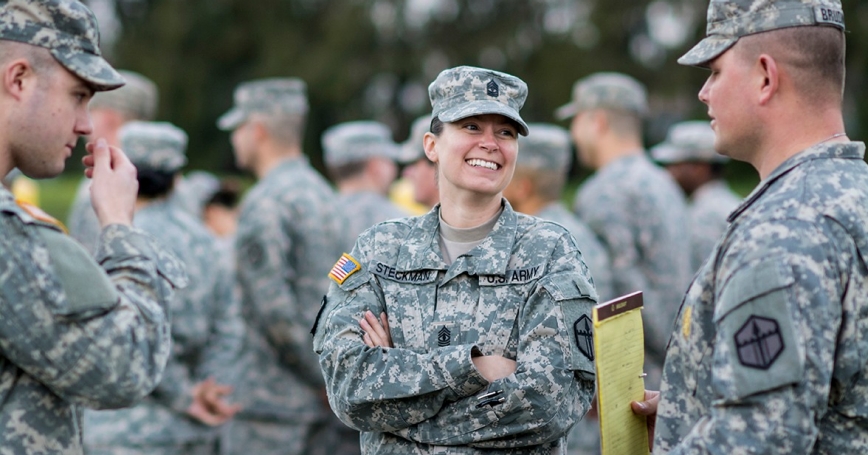 First Sgt. Raquel Steckman, with the 374th Engineer Company (Sapper), jokes with her Soldiers before the start of formation.

The U.S. military is often described as the “best fighting force in the world,” and we agree. It's superior to its possible adversaries in nearly every way. No other military has the globe-spanning responsibilities, the all-domain combat experience, or the technological edge. Yet, as the United States remains militarily engaged around a world that demands unyielding attention and unwavering commitment, its military faces a dynamic threat environment that includes new and resurgent challenges in emerging battle domains such as cyber. With tensions on the Korean peninsula, a continuing series of crises in the Middle East, a rising China, and a resurgent Russia, it would be wise to keep front and center the key source of strength in the armed forces — our people.

Policy debates have raged about Syria, Yemen, NATO, North Korea, and beyond. At the same time, defense acquisition experts publicly debated options related to new technologies and acquisition reform. But the new and growing challenges facing the country are all the more reason to also think about what additional approaches are needed to acquire the key personnel skills and capabilities needed to meet America’s growing and changing military requirements.…

Radha Iyengar is a senior economist at the nonpartisan, nonprofit RAND Corporation. She previously served as Director of Personnel, Readiness, and Partnerships at the White House National Security Council from 2013-14 as well as other senior staff roles at the Department of Defense and Department of Energy.

Brad Carson is a senior advisor at Boston Consulting Group. He previously served as Acting Undersecretary for Personnel and Readiness from 2015-2016 and Undersecretary of the Army from 2014-2015.

Amy Schafer is a Research Associate for the Military, Veterans, & Society Program at the Center for a New American Security.

This commentary originally appeared on War on the Rocks on July 27, 2017. Commentary gives RAND researchers a platform to convey insights based on their professional expertise and often on their peer-reviewed research and analysis.