Is It a Good Idea to Privatize the War in Afghanistan? 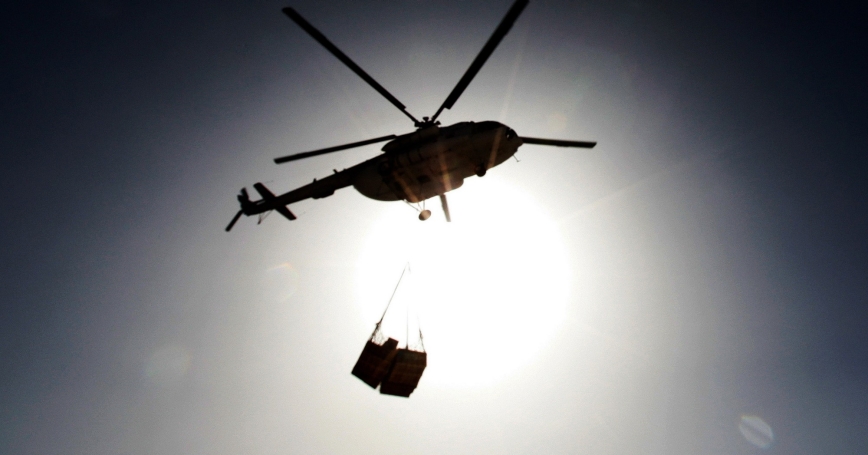 Several weeks ago Erik Prince, best known as the CEO of the Blackwater Corporation, wrote an op-ed arguing that the U.S. should privatize the war in Afghanistan.

The outcry has been voluble. Commentators have highlighted the moral qualms associated with private armies, the propensity toward violence and warlordism of mercenary forces, and the conflicts of interest that could be inherent in such a plan.

And yet, amid a deep frustration with current options, administration officials are reportedly giving the plan some thought. It is important not to dismiss this plan categorically, but to consider it on the merits, understanding how contracting for military services has been undertaken in Afghanistan to date.

Doing so highlights the risks of such a plan, not only to the Afghanistan mission, but to the nation's future military force.

First, contracting for Afghanistan has often been subject to “wishful staffing.”

During the bidding process, companies tend to highlight standout individuals who could work on the project. But the star résumés that win the bid don't always reflect the reality of the hiring process.

Consider the Human Terrain System, which billed itself as doctorate-level specialists in ethnography (PDF) and regional studies. While the original few teams were composed of such highly qualified people, as it expanded, later teams were staffed with less qualified members.

Specialized skills are inherently rare and not scalable, but the temptation of the private sector to expand its services makes compromise of quality commonplace. And the most successful in their analogous positions at home have less incentive to go abroad than their peers.

Will they safely and adequately supervise vast numbers of armed locals? Will they understand the nuances of their tasks, and if not, will the U.S. be able to hold them to account for it?

In 2007, I watched the Law Enforcement Professionals program, a specialized advisory program, struggle to understand its effects in the battlespace. The program consisted of former senior law enforcement professionals working alone or in small advisory teams across Afghanistan.

I met one contractor who had worked at a desk in the Drug Enforcement Agency, another who had been on the front lines fighting drug cartels, and another who had served in the intelligence community. Each individual was assigned to a different part of the country, and each week the work they performed differed greatly.

It was impossible to evaluate whether these contractors were doing a good job. Added to this is the perennial contracting problem: Individuals are not evaluated based on whether they win the war, but rather whether they fulfill the terms of the contract.

Contracts are usually framed in terms of inputs, such as numbers of individuals in theater, or in terms of outputs, such as frequency of situation reports submitted to contract managers. Measuring outcomes is seldom part of a military contract, so “win the war” can't be the terms of the contract.

A third problem concerns the lack of doctrine to underpin contractor work.

In military operations, soldiers utilize doctrine—prescriptions for how to fight particular types of operations—to guide operations. Doctrine is unifying; a way, as Harald Høibak (Google Books) has said, to have “the best team without having the best players.”

Good doctrine specifies a desired end state and is underpinned by a theory of victory. Military contracting is not run on the basis of doctrine, but rather on company policies and procedures.

Training for those who deployed as Blackwater contractors took place at a massive facility in Moyock, NC. But it consisted primarily of individual-level tactical skills, rather than unit training in specialized doctrine.

With contractors from around the world, it would be impossible to rely on prior doctrinal knowledge to unify operations at scale, a critical element of any successful strategy.

Training products, both for private military contractors and Afghan security forces, are considered proprietary, and thus contractors representing different companies would not share the same training and perhaps would not be teaching the Afghan military the same skills.

A contracted force would amplify the numerous critiques of a war fought on the basis of tactics, with no strategy in mind.

In the long term, large-scale use of private military contractors would likely be damaging for U.S. forces.

Finally, in the long term, large-scale use of private military contractors would likely be damaging for U.S. forces. During the heyday of operations in Iraq and Afghanistan, the military was able to implement a policy called stop-loss, which prevented soldiers from leaving military service because of urgent military needs.

Without such a policy, there would be nothing to prevent the recruitment away of valued officers and non-commissioned officers to lucrative private contractor positions, eroding military readiness.

But at a deeper level, the military is the sum of its experience. When the nation outsources its battles, the military gains nothing in return, no battle-seasoned soldiers, no lessons hard-learned.

Many of the contractors who have served in Afghanistan over the past 16 years have been dedicated staff who have placed themselves at risk to serve their country. Nevertheless, at a systemic level, there are numerous unresolved issues associated with contractor performance in Afghanistan.

Militaries are massive and often frustrating bureaucracies, but the full measure of their work is not easily replicated in the private sector.

Rebecca Zimmerman is a policy researcher at the nonprofit, nonpartisan RAND Corporation who has worked with and studied many contractors over a decade of working in and on Afghanistan.

This commentary originally appeared on Newsweek on August 4, 2017. Commentary gives RAND researchers a platform to convey insights based on their professional expertise and often on their peer-reviewed research and analysis.